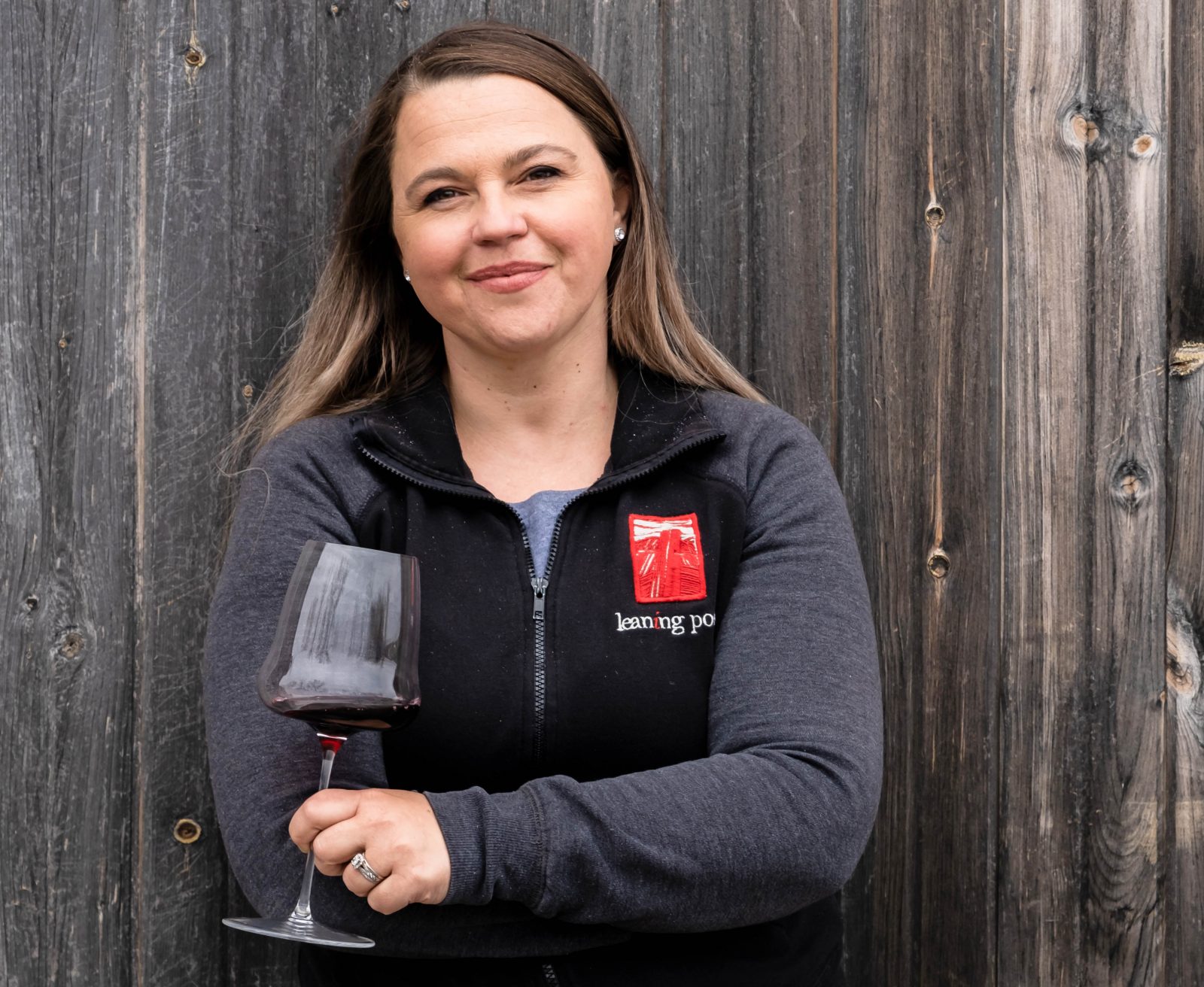 Nadia Senchuk (MBA ’07) gets a kick out of telling the origin story of her and her husband Ilya’s (BSc ’03) relationship.

They met in the grape-growing capital of Winnipeg, Man., she jokes.

The Prairies have yet to carve out an identity for producing the star ingredient in wine, but Winnipeg does seem to produce great vintners, at least. The Senchuks are proof.

They own Leaning Post Wines in Stoney Creek, a winery that started as a bootstrap enterprise and now, 13 years later, is a destination on Niagara’s wine route.

It’s named for the leaning post at the end of every row of grapes in a vineyard —emblematic of the support the couple got from friends and family as they built their dream.

But just as much credit goes to the passion and perseverance that Nadia exudes when talking about how she and winemaker Ilya went from being two kids in the ‘Peg to poster children for tenacity.

“I’m of the opinion if you set your dreams high and really put the work in, there’s almost no limit to what you’re capable of,” Nadia says. “We knew because we didn’t come from large financial backing that we’d have to do that.”

Nadia was studying economics at the University of Manitoba when she and Ilya, who was studying classics and science, started dating. He had no idea what he wanted to do until he read a story about a new oenology and viticulture program at Brock and decided to apply.

“I’m so glad he read that article because I couldn’t imagine him doing anything else,” Nadia says.

As for her, she followed llya to Ontario and met Professor Carman Cullen, who persuaded her to consider doing a new Master of Business Administration (MBA) program in wine marketing at the Goodman School of Business. It wasn’t up and running when she applied to do her master’s degree, so she focused on finance instead.

After graduating, Nadia worked in commercial banking and found herself sitting across the table from entrepreneurs in search of funding on a near daily basis.

“That entrepreneurial bug stung me.” Nadia recalls. “Problem is, I didn’t know a lot about business. My husband knew a lot about the wine industry, and we knew we didn’t want to spend our lives working for someone else. We started dreaming and started putting things together. We just started.”

By 2009, they had a virtual winery, borrowing infrastructure from other wineries to make their vintages and sell them to restaurants. Two years later, they bought the property for Leaning Post. By 2013, they opened their boutique winery to the public.

In the meantime, Nadia worked as vice-president of operations for a manufacturing firm in Grimsby, learning business “on someone else’s dime.”

In 2017, she joined Leaning Post full time. “I love it. I’m passionate about business,” Nadia says. “I really want to turn heads in the wine industry.”

Leaning Post is doing that thanks to Nadia’s business prowess and Ilya’s winemaking talents.

Her Goodman MBA gave her a smattering of everything she’d need to operate a winery, even if it wasn’t clear while studying that would be the case. Her passion and perseverance did the rest.

“When you’re young, you think, ‘When am I going to use organizational behaviour?’ I’ve used it multiple times,” Nadia says. “(My Goodman education) was the seeds to show me what’s possible.”