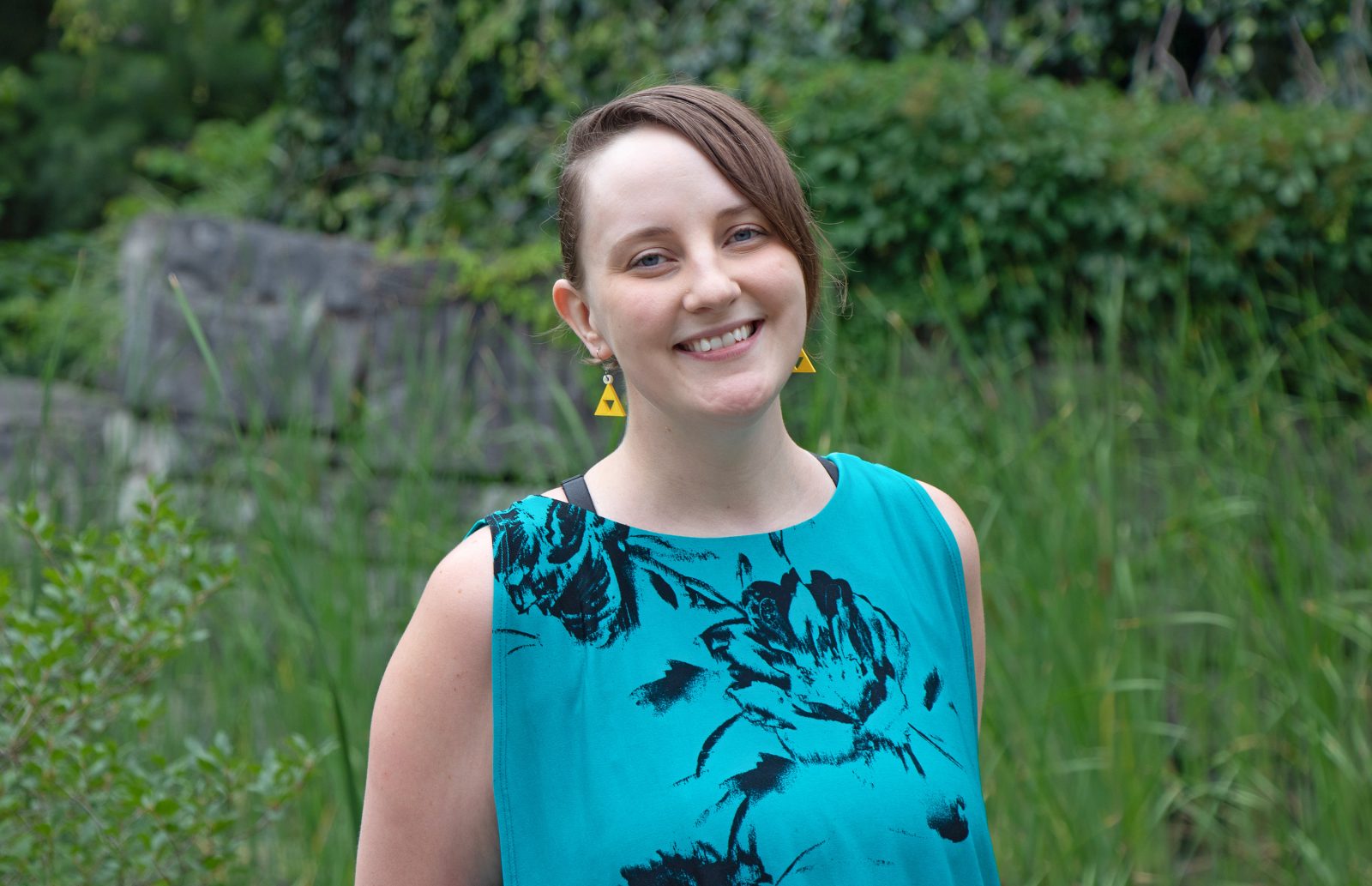 Sarah Stang has joined the Centre for Digital Humanities as Assistant Professor.

Sarah Stang hopes to use her new role as Assistant Professor with Brock University’s Centre for Digital Humanities (CDH) to help equip the next generation of game designers with the knowledge they need to make gaming more diverse.

As a feminist media scholar, Stang uses her background in film studies to understand how the representation of people in video games has real implications for society. But while the world of film has begun responding to feminist critiques, she says the game industry has been much slower.

“A lot of the same kinds of problems that were being critiqued decades ago are still showing up in games coming out today because that critical analysis just wasn’t translating into games,” says Stang. “A lot of players are hungry for change and for different stories, but the game industry needs to diversify its creators and open up their fandoms to be less toxic.

“Brock has an awareness of this, and I think that’s important,” she says, adding both faculty who teach in a game design program and students need to be aware of the problems of representation and fandom in the game industry.

“Many of our students are planning to go into the industry, so it’s something that is discussed right away and something that we tend to be very transparent about,” she says. “As a new hire, I’m excited to bring my voice into this and get students thinking about content from a social justice perspective.”

Stang, whose PhD in Communication and Culture at York University focused on the representation of women and marginalized identities in game content, is particularly interested in monsters.

She hopes to help students critically examine how monsters are depicted, voiced and described in game content, as well as the ways in which they are allowed to interact with the hero. These characters draw on depictions of marginalized people, particularly those with physical differences. The representation of transgressive or queer-coded characters as monsters is used as justification to dehumanize the character, she says, and the hero’s only choice of interaction is to kill them.

“I want to encourage students to think really critically and to intervene early in the game design process because a lot of the time, the idea of hero versus monster is just so basic and so culturally embedded that it’s not even questioned,” she says.

Stang’s scholarship on identity in game is a strong addition to the CDH, says Director and Associate Professor Jason Hawreliak.

“We’re thrilled to have Dr. Stang joining us,” he says. “Her expertise in representation in games and media are a fantastic complement to our existing research areas, and she brings an already impressive publication record.”

In addition to teaching core undergraduate courses in the Game Design program, Stang will also be teaching and supervising students in Brock’s new Master of Arts in Game Studies program.