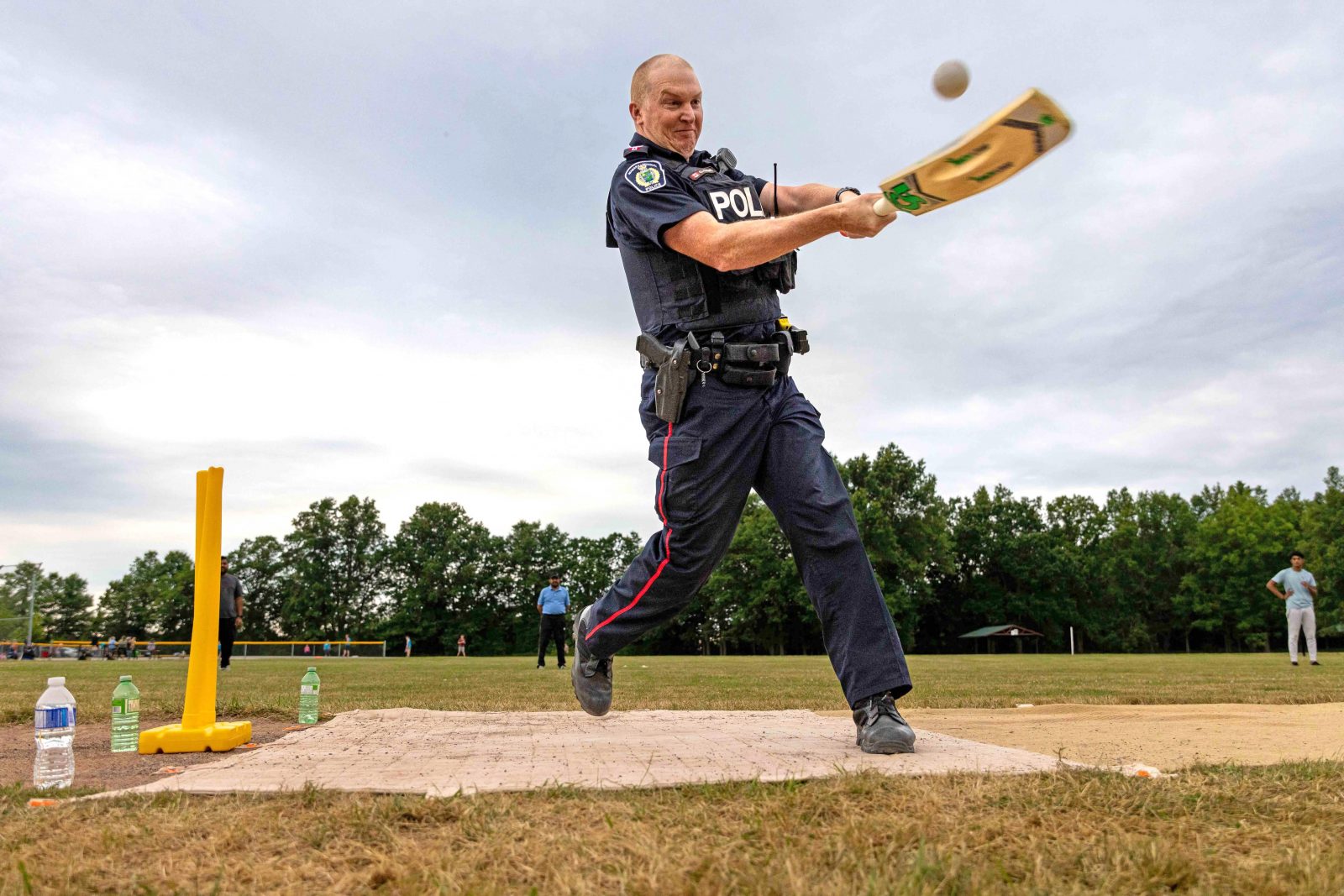 Niagara Regional Police (NRP) Constable Graeme Gaunt takes a crack at cricket during a friendly match between the NRP and Brock students in Welland on Wednesday, July 13.

The Brock Cricket Community may have been keeping score, but in the end, it didn’t matter.

More important to the players of a recent friendly match was building community connections that will continue to grow beyond the field.

Brock students shared their love of cricket with members of the Niagara Regional Police (NRP) during a match at Cook Mills Park in Welland on Wednesday, July 13.

“Cricket is an emotion to us, so to have support from the police to meet us out here and play the game we love means everything,” said Muhammad Awais Khalid, a Labour Studies student. 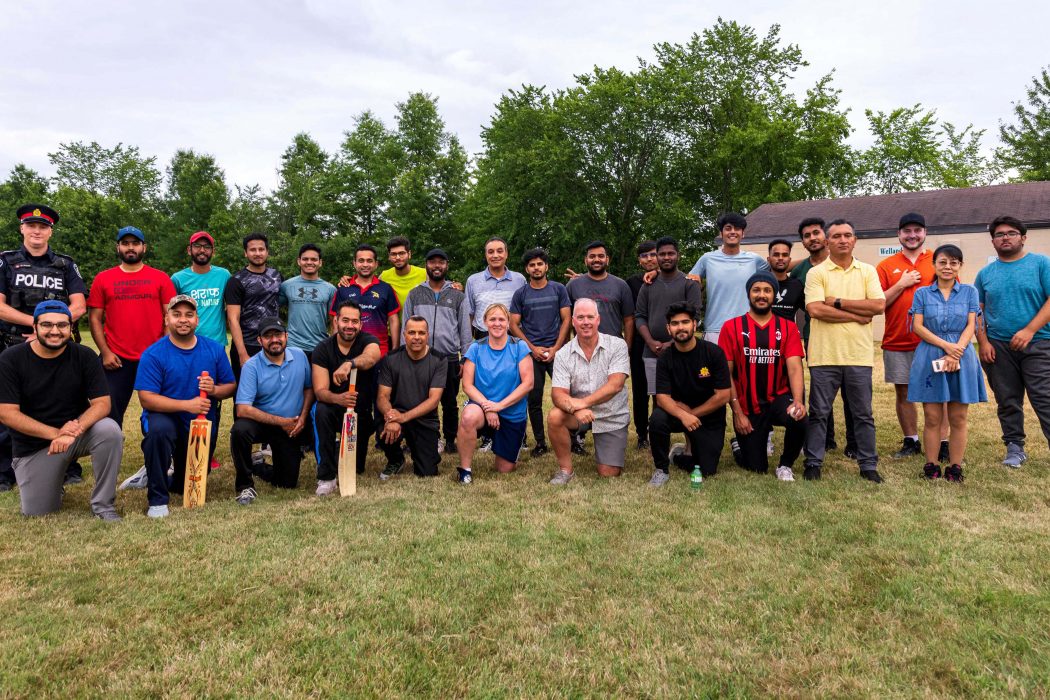 Members of the Niagara Regional Police gathered with Brock students for a friendly cricket match in Welland on Wednesday, July 13.

The Niagara Regional Police’s Equity, Diversity and Inclusion (EDI) Unit invited the Brock Cricket Community to play a friendly game after a group of students organized a mock friendly between Indian- and Pakistan-born players in May.

“Most of us have never played cricket before, but we’re willing to give it a try because a big part of what we do as police officers is to connect with our community,” said NRP Chief of Police Bryan MacCulloch. “Events like this are incredibly important for us to meet and interact with the community, so when we touched base with this group of Brock students, we couldn’t pass it up.”

The event also served as a fundraiser for students who are in the process of having a cricket club instated at Brock.

Harshit Baveja, who also serves as the secretary of the Brock Indian Students Association, said it’s remarkable to witness the momentum the sport of cricket is beginning to build at the University.

“We’re on our way in the process of making this an official club at Brock, so we can have more matches with the police and other community members in the future,” said Baveja, a Sport Management student from Delhi, India. “It’s rewarding to see how far our group has come and where we’re going.”

With the help of Assistant Professor of Sport Management Taylor McKee, Baveja got the ball rolling on a cricket team at the University as part of an Independent Study project.

“We want to promote this sport at the grassroots level, so more children find interest in playing this game,” he said. “We started in a gym with 10 people and now we’re here with 60 members in our community. We look forward to watching the growth happen when we are officially made a club. I think a lot of Brock students and our incoming international students would love to join as well.”

One of the goals of the Brock Cricket Community is to field a competitive team that would compete against other university and college clubs around the province, and ultimately take part in the Canadian College Cricket National Championship in the fall.

“The India and Pakistan match brought a lot of momentum for our group, and we fully realized the cricket talent we have here at Brock,” said Lakshay Gera, a Business Administration student. “This is a really special time for us because it’s the start of cricket at the University.”