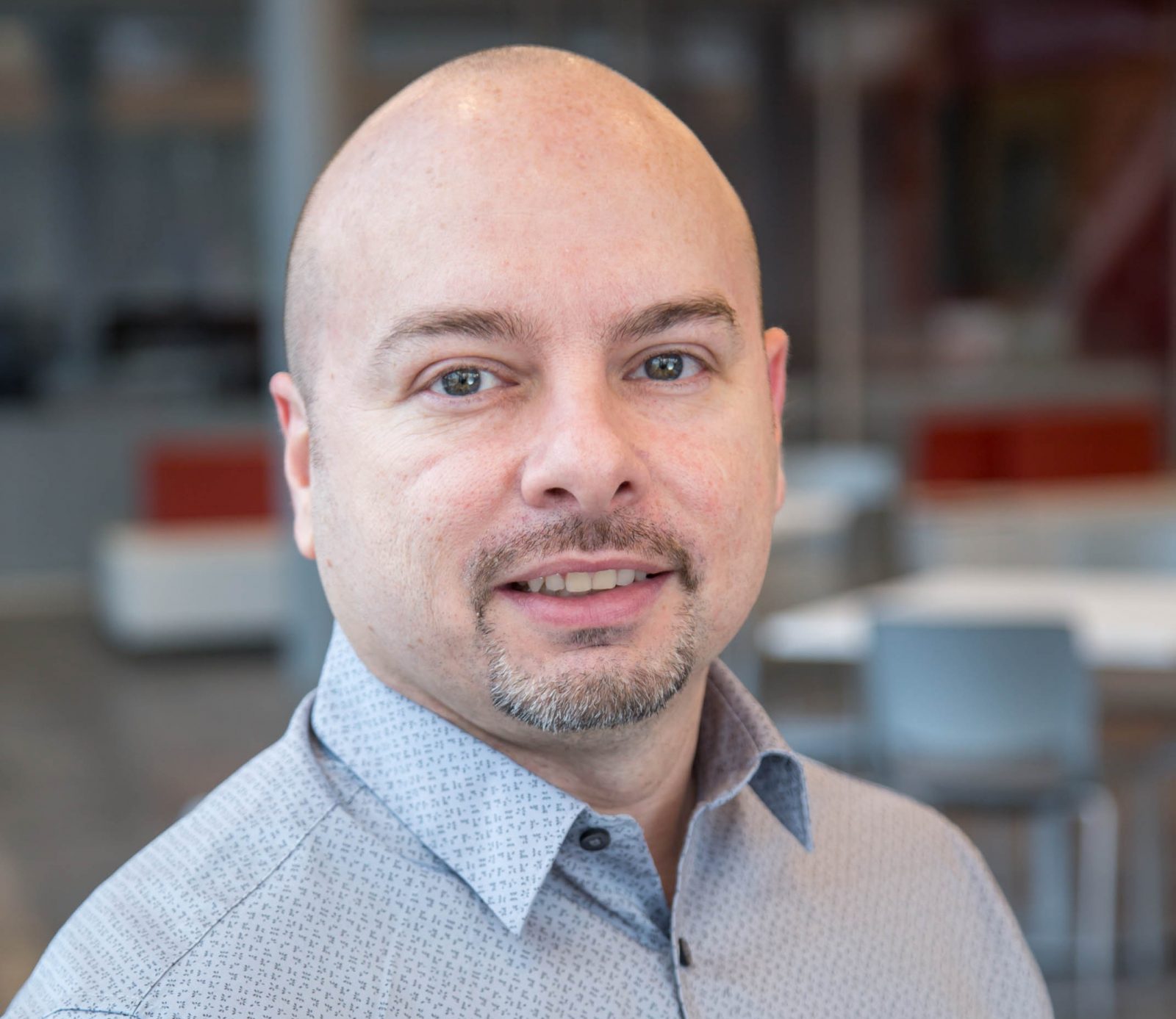 Steve Argiropoulos (BSc ’10, MEd’ 12, MBA ’21) knows a dance that’s unlikely to be in any choreographer’s repertoire.

It’s called ‘The Academic Advisor’ and it goes something like this: A student walks by Argiropoulos’s office in the A wing of the Mackenzie Chown Complex. They may or may not be lost but Argiropoulos, an academic advisor with the Goodman School of Business (GSB), makes a mental note, knowing that if it’s the latter, he’ll see them pass by again soon.

If the student does come by again, Argiropoulos knows the next time they’ll slow down as they pass but keep walking. The third time, the student may even stop near his office door and peer in. By the fourth sighting, Argiropoulos will pop out of his office to strike up a conversation and offer help.

“You just sense they’re trying to build up the courage to come in,” Argiropoulos says. “You say, ‘I’m your academic advisor.’ They say, ‘Thanks’ and a couple of days later they show up again. They want to talk but they just weren’t sure if they should.”

Argiropoulos’s intuition — and his empathy — aren’t lost on those who work with him. They’re among the reasons he’s this year’s recipient of the Goodman Staff Award, along with his ability to put first-year and new Goodman students at ease when they finally end the dance by taking a seat in his office.

“I try to keep the environment easy-going and non-judgmental,” he says. “In doing that, you’ll find students will open up. Once they get talking, they’re able to find out what they need to know, what resources are available, and that can help them achieve success.”

For a man who sounds like a natural at his job, it wasn’t always a given that Argiropoulos would go into a career helping students with everything from figuring out what courses to take to helping them through their academic struggles.

Argiropoulos’s career path steered him toward academic advising when he decided to take a timeout from working in the insurance industry to return to school at Brock.

He planned to get a three-year degree at first. Then he did his own dance, switching to the four-year Health Sciences program to become more professionally agile. “That turned into, “Why not a master’s degree and why not a second master’s degree?” he recalls.

With an Master of Education in hand — Argriopoulos would eventually get his Master of Business Administration from Goodman, too — he had the opportunity to serve as a faculty academic advisor in the Department of Health Sciences. He loved the work and started rethinking his career ambitions.

From there, he moved to an academic advisor role in the Registrar’s Office, where he spent four years before coming to Goodman in 2018. “There was opportunity waiting in the insurance industry, but I really loved what I was doing at Brock, so I made the decision to stay and never looked back,” he says.

Still, Arigropoulos was surprised, albeit honoured, he won the staff award. As the academic advisor to new GSB students, he sees what he does as part of an overall group effort, more than an individual achievement.

“In terms of what we do in academic advising, we do what we do. It’s an important role,” he says. “From students’ first day on campus to graduation, while academic advising plays an integral role in helping students navigate university, there are many individuals involved in the process.

“It’s nice to get recognized for the work that’s done,” he adds. “We have so many different roles in the Faculty. When a front-facing role gets this accolade, it’s nice.”