Giving back to community a priority for Spirit of Brock recipients 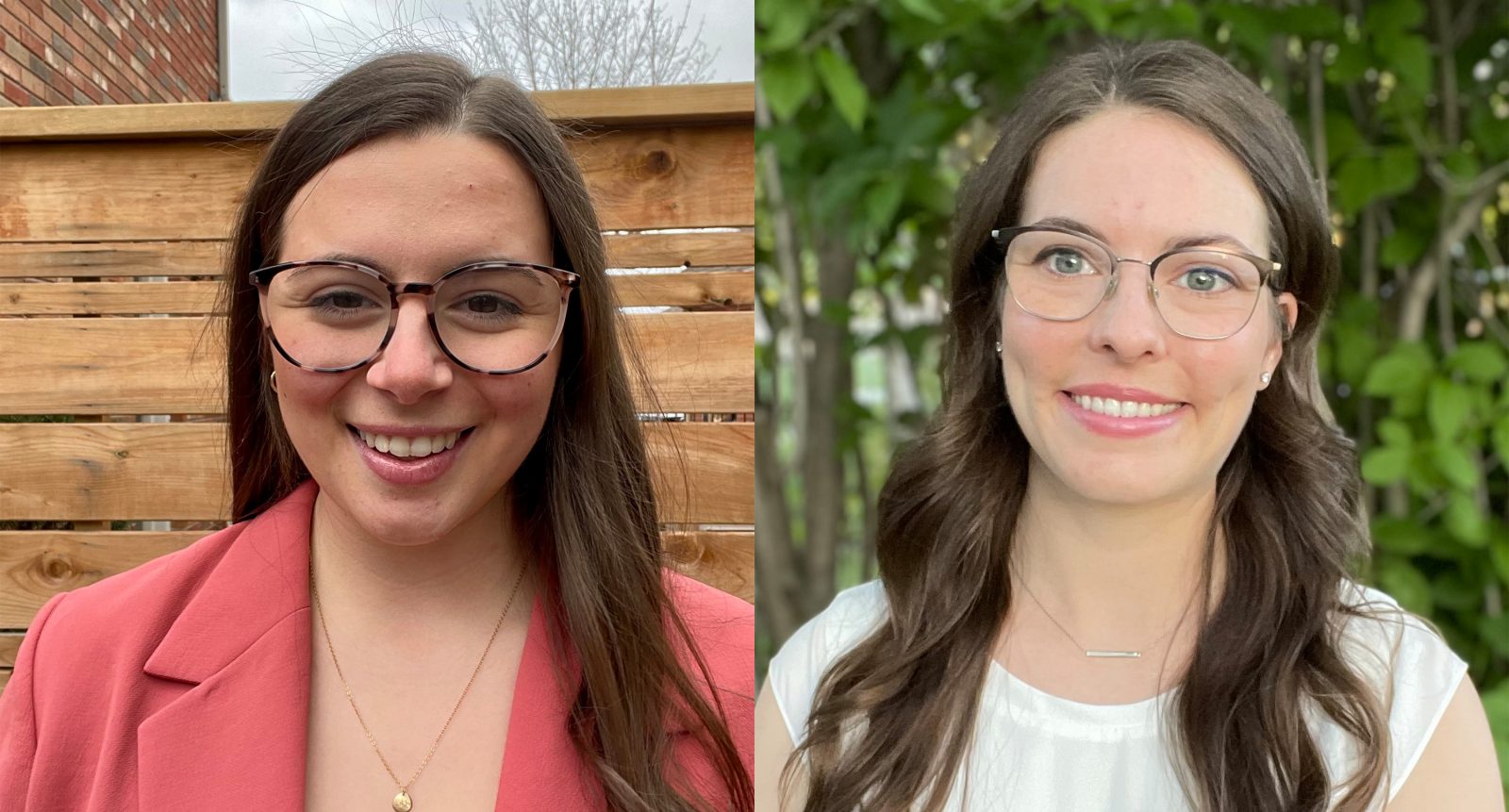 Natalie Hamel (left) and Kirsten Bott were each honoured with the Board of Trustees Spirit of Brock medal during the University's Spring Convocation on Wednesday, June 15.

Kirsten Bott (BSc ’14, MSc ’17) and Natalie Hamel spent much of their time at Brock giving back to the University and wider Niagara community.

Their efforts were recognized during Brock’s Spring Convocation on Wednesday, June 15, when they each received the Board of Trustees Spirit of Brock medal. The award highlights demonstrated qualities in leadership, courage, innovation, inspiration or community involvement.

For Hamel, who graduated with a Bachelor of Sport Management Wednesday, becoming an engaged leader at Brock and in Niagara meant taking a step outside of her comfort zone.

“When I joined the Brock Sport Management Council, I got a taste of what it was like to be involved,” she said. “I found a special place where I felt like I could give back to communities that have given so much to me.” 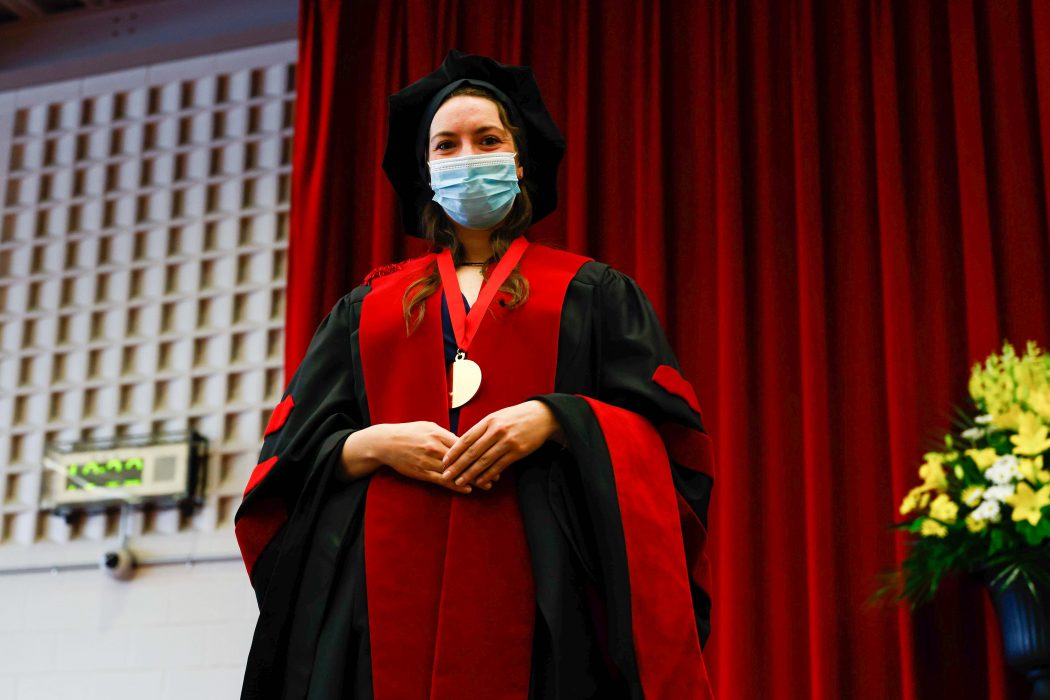 Along with four years on the council, Hamel also completed the University’s Campus-Wide Co-Curriculum program, volunteered with Big Brothers Big Sisters and took on a leadership role within motionball, a not-for-profit organization that raises funds and awareness for the Special Olympics through integrated social and sporting events.

Hamel said the consistent support of the University and its faculty and staff has allowed her to confidently take on new challenges that have helped her grow personally and to gain admission into the Master of Sport Administration program at Boston College.

“At Brock, I was in a space where I was being provided with an education and I was continuing to learn and grow academically,” she said. “But there was more growing that needed to be done and Brock was also the perfect space to allow me to develop more and to give back to other students, faculty and community members outside of the classroom.”

Bott, who received her PhD in Health Biosciences Wednesday after previously completing her Bachelor of Science and Master of Science degrees in Kinesiology at Brock, says her time exploring opportunities beyond the lab has complemented her academic work.

“Being involved in on-campus and local initiatives gets us away from the ‘ivory tower,’” she said. “What we are doing should be applicable beyond the University and should benefit everyone.”

Throughout her 12 years at Brock, Bott has been involved in various initiatives, from working with seniors in the Brock Niagara Centre for Health and Well-Being, to presenting to elementary school classrooms on the topic of nutrition, to serving on the Graduate Students’ Association and the Bioscience Research Ethics Board. 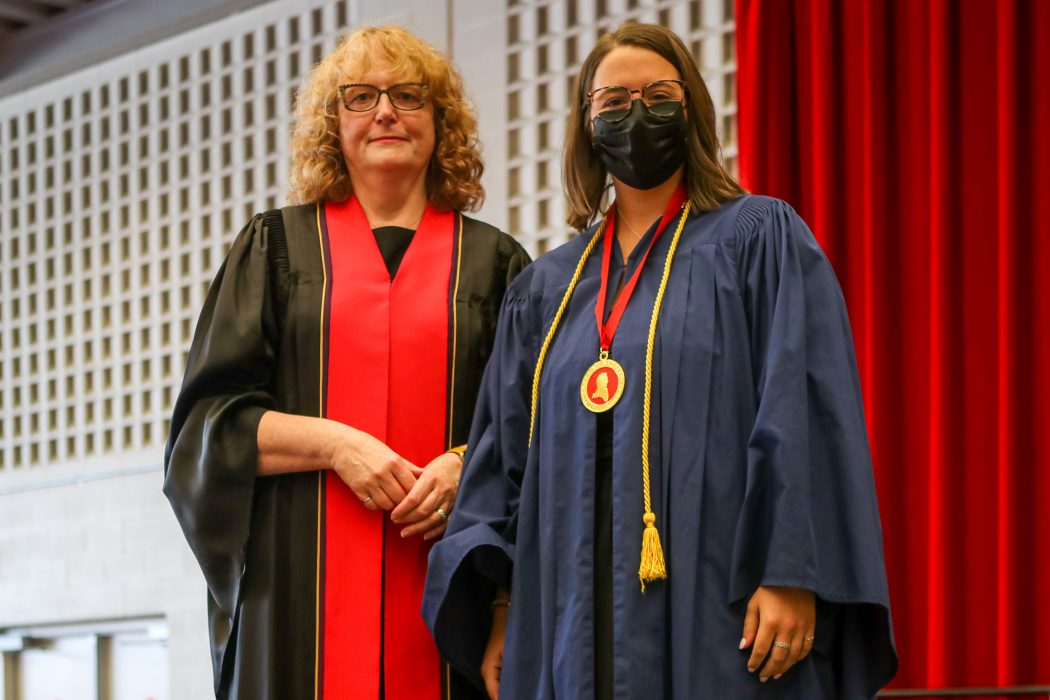 She said each experience has helped guide her through an academic journey she hopes will lead to a career as a professor.

“Some of the relationships I formed got me onto different paths that I would not have expected and I fell in love with the research,” she said. “Brock provided the perfect balance of opportunities to work with the community while being able to conduct cutting-edge research.”

Having begun a Post-doctoral Fellowship at the University of Calgary, Bott said the lessons she has learned in her time at Brock will stay with her always.

“I really think Brock is special because you aren’t just a number,” she said. “My professors took the time to speak with me and they were always really welcoming, which has inspired me going forward.”

Though their studies at the University are complete, both award recipients will be keeping a close eye on their alma mater even as they travel further afield.

Hamel hopes the next generation of students will explore the many opportunities the University provides.

“Growth happens outside of your comfort zone,” she said. “By getting involved, you can really make the most of your time at Brock.”

With her PhD in hand, Bott voiced a similar sentiment while preparing to leave the school she has called home for more than a decade.

“Get involved and just say ‘yes’ to different opportunities,” she said. “You never know where they will take you.”