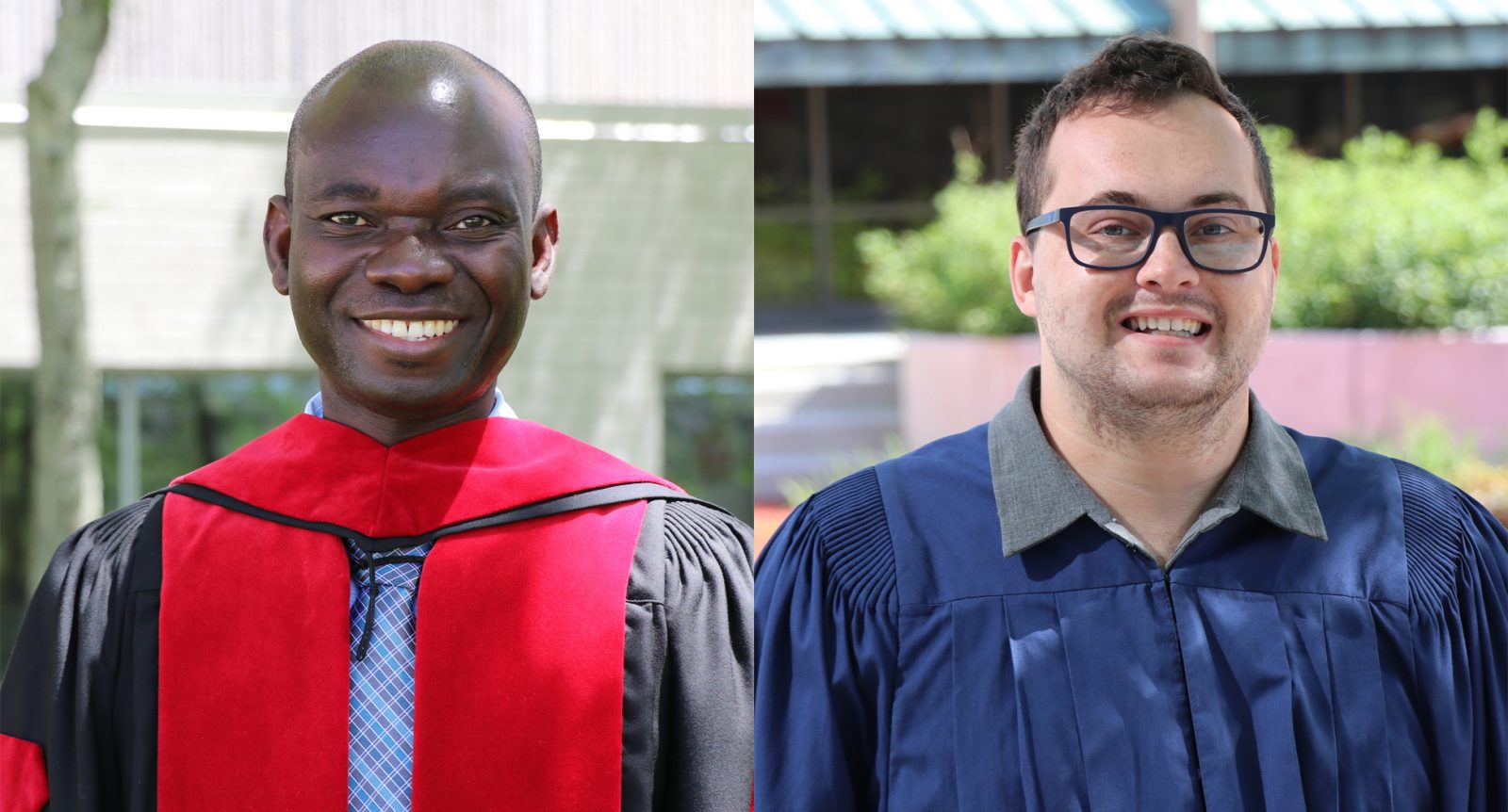 William Ankomah (left) and Josh Kelly were each honoured with the Board of Trustees Spirit of Brock medal during the University's Spring Convocation Monday, June 13.

Though the road to his PhD has not always been smooth, William Ankomah (MA ’16) is thankful for the journey.

With his eye on the prize — a better education — every step of the way, the Brock University graduate has persevered, all while making it a point to give back to others.

Ankomah’s efforts have not gone unnoticed and during Brock’s Spring Convocation on Monday, June 13, he was recognized as one of two recipients of the Board of Trustees Spirit of Brock medal. The award, which celebrates outstanding students for their contributions to the University and wider community, was also presented to Faculty of Education graduate Josh Kelly.

Monday’s ceremonies were the first of the weeklong celebration, which will see more than 3,500 graduands cross Brock’s Convocation stage.

Ankomah came to Canada in 2007 as an international student from Ghana, where he grew up as one of six children in Assin Foso, a town in the nation’s Central Region. He worked as a high school teacher for several years before leaving to pursue further education and explore more of the world.

“I wanted to pursue education to become a teacher to make a difference in the lives of the students that I’ll get the privilege to teach,” he said. 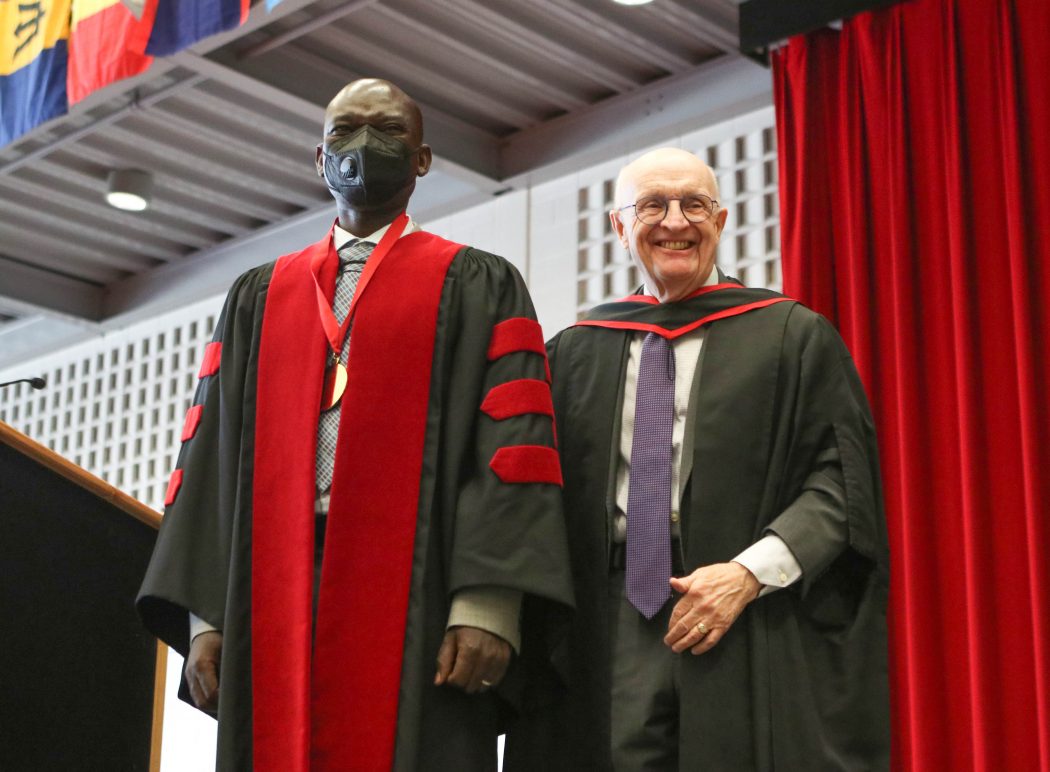 Faculty of Education graduate William Ankomah (left) received the Board of Trustees Spirit of Brock medal from board member Rob Welch during the University’s Spring Convocation on Monday, June 13.

When he met his wife, a fellow international student, the couple decided to make Canada their home. Ankomah completed a post-graduate college program but was laid off from his job in the non-profit sector. His wife was six months pregnant with their first child at the time.

Ankomah then drove a taxi for almost five years to provide for his family. Eventually, he was able to work toward the goals that first brought him to Canada, including furthering his studies.

Ankomah, who graduated Monday from Brock’s PhD in Educational Studies program, has been an integral part of the graduate student community at the University.

He spent four years as a member of the Faculty of Education’s Equity and Social Justice Committee (ESJC) and was the lead author of an ESJC research report exploring ways the Faculty can be proactive in equity and diversity initiatives.

Ankomah has also served as an instructional skills workshop facilitator with the Centre for Pedagogical Innovation, co-chair of the Education Graduate Students’ Society and a member of the PhD in Educational Studies program committee.

He enrolled in Brock’s Master of Arts in Social Justice and Equity Studies program to learn more about equity, diversity and inclusion, which he believed would be helpful in his teaching career. He pursued a PhD in Educational Studies at Brock and is currently teaching a graduate course in the Master of Education program.

“I feel humbled and appreciated by the institution for recognizing my accomplishments with this prestigious award,” Ankomah said of the Spirit of Brock medal, adding he felt all graduates were deserving of the honour. “Every graduating student worked so hard and contributed to the University and the community in diverse ways.” 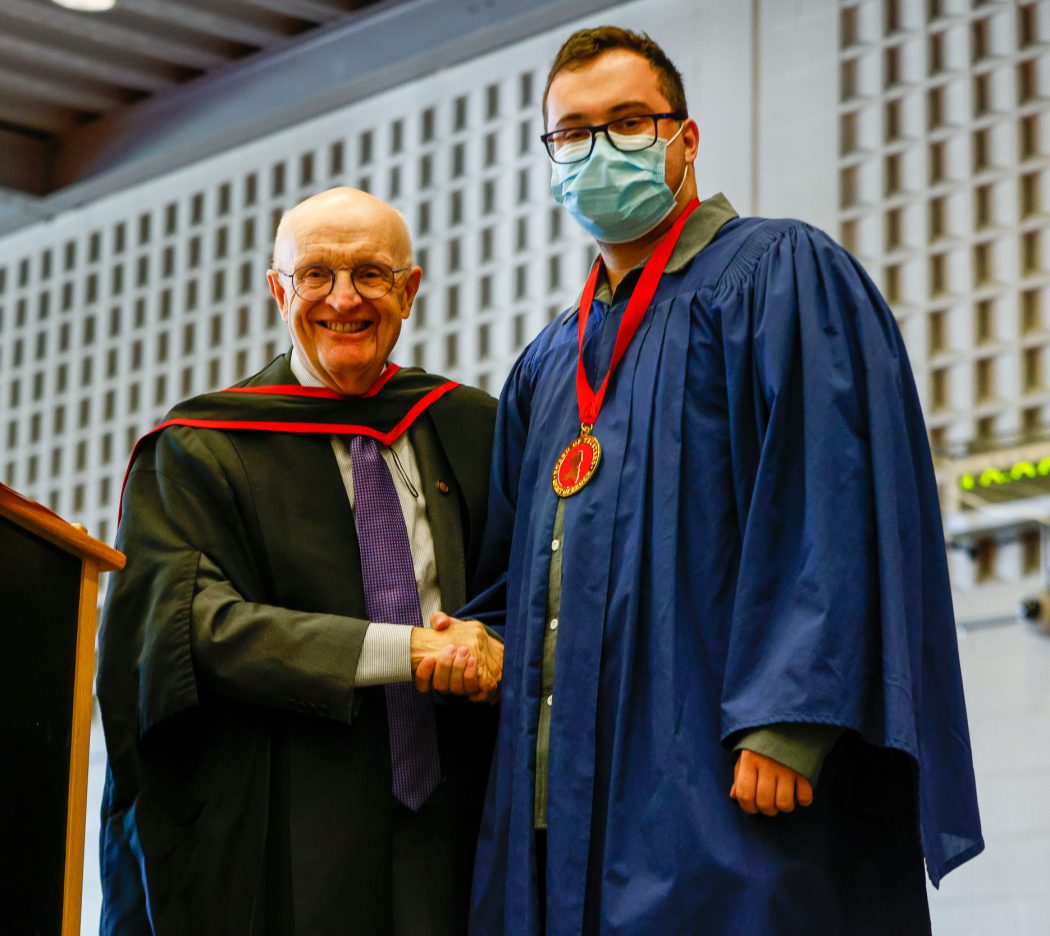 Faculty of Education graduate Josh Kelly (right) received the Board of Trustees Spirit of Brock medal from board member Rob Welch during the University’s Spring Convocation on Monday, June 13.

For Kelly, the path to graduation began in an unexpected way — through his role as a swim instructor.

It was in the water that the Concurrent Teacher Education graduate first realized his love of teaching. His career choice was solidified during a placement in his program that allowed him to work with children with exceptionalities.

The experience sparked a passion for special education and inspired Kelly to volunteer with the Brock Niagara Penguins as a swim instructor for youth with physical disabilities. He hopes to work in special education in the future.

Kelly tried to take advantage of every opportunity that arose during his time at Brock.

“I find that works so well, especially when you’re at Brock,” he said. “There are so many different opportunities that you can take, whether it’s working or volunteering or just doing stuff with peers. It helped me grow as an individual and a professional.” 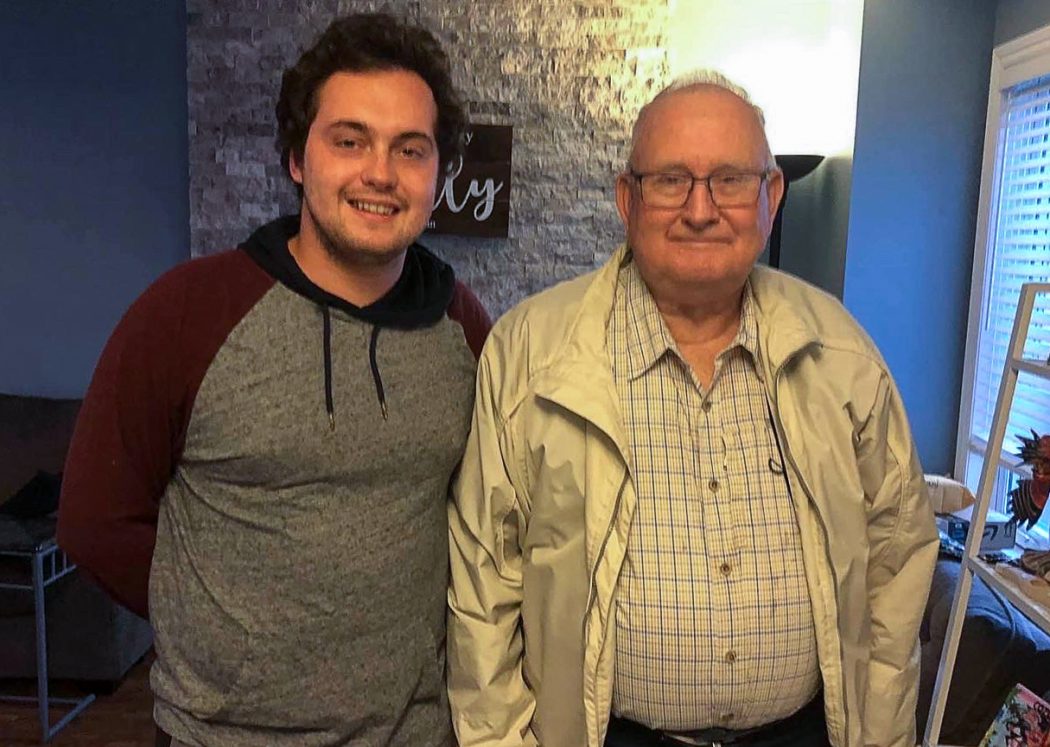 Although he found his stride at the University, Kelly’s journey to graduation has not been easy. He struggled academically in his first year, but got back on track with the help of friends, family and Faculty of Education academic advisors. He has also had to take extra care to manage a chronic illness that can flare up because of stress.

His grandfather, who passed away at the end of May, was one of his biggest supporters.

“He was a very inspirational person in my life and I know he had been waiting six years to see me graduate,” Kelly said.

While he wasn’t expecting to win the Spirit of Brock medal, Kelly was honoured to end his time at Brock with the prestigious award among so many engaged and active peers at the University.