GALLERY: Brock grads urged to speak up and break down barriers 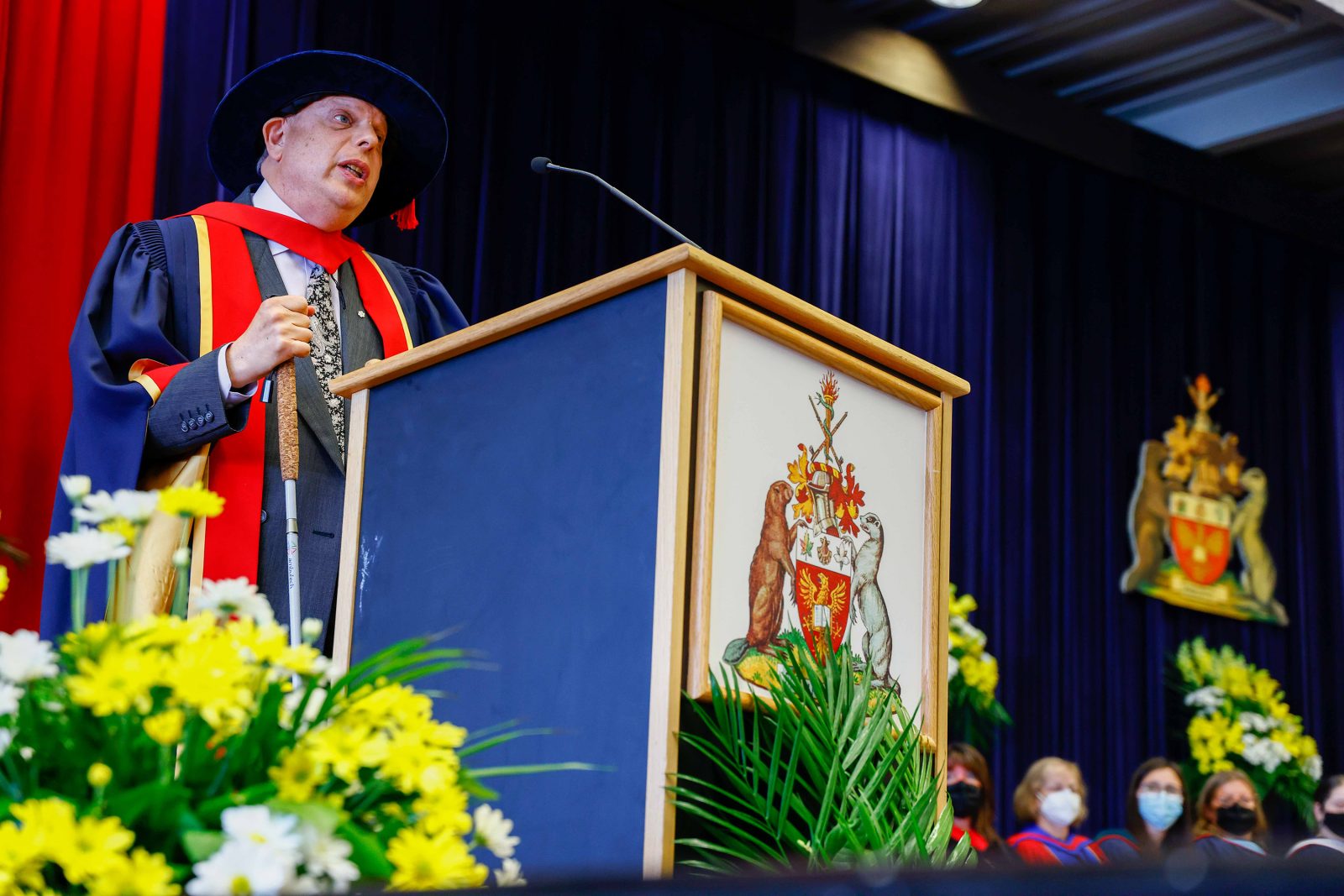 The message was clear: together, we can create a better world for all.

Deena Ladd, co-founder and Executive Director of the Toronto Workers’ Action Centre and a champion for workers’ rights, and David Lepofsky, Chair of the Accessibility for Ontarians with Disabilities Act (AODA) Alliance and renowned disability rights advocate, called on the next generation to collectively make a difference.

“So much of what we are told is that we are all individuals; that it is all on our own shoulders … to outshine everyone else, to make the most money, be the most popular, have the most likes, speak the best and be the best. Who cares about other people? They must have done something wrong to be where they are,” Ladd said during the Tuesday morning ceremony where she received her honorary degree. “I want to challenge this thinking.” 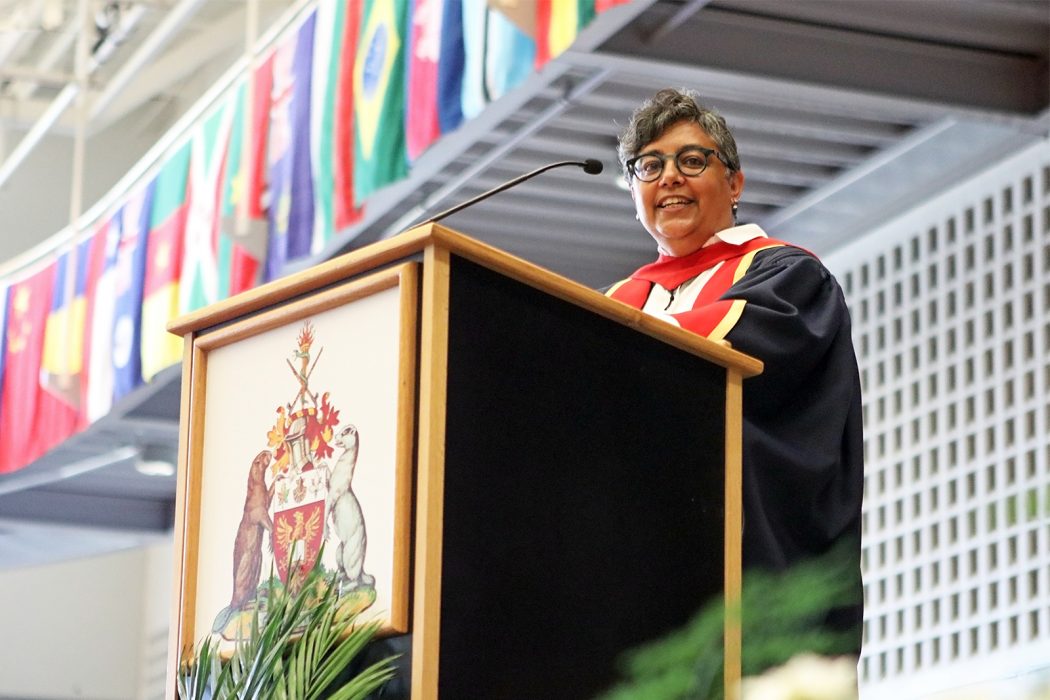 Deena Ladd, a champion of workers’ rights, received an honorary doctorate and delivered the Convocation address during the morning ceremony on Tuesday, June 14.

While also acknowledging individual goals are needed, she stressed the importance of “collective responsibility” and the tremendous impact it can have in building better schools, workplaces and communities.

“So, what does this mean for you?” Ladd asked the graduates. “It means standing up, being present and being aware of the people around you. It means changing the individualism that surrounds us that says, ‘it’s not my issue, I am fine, I can pay my bills, I am not affected by things like poverty. It’s not my problem.’

“It means giving a damn.”

Ladd urged the bright young minds in attendance to care whether everyone receives a living wage and has access to paid sick days, so they don’t have to choose between putting food on the table and taking a day off to take care of themselves.

“It means when someone at work is being discriminated against, that you support them and be brave,” she said. “It means sometimes you will have to take a risk. It will be hard, but it will be important to speak out against unfairness.”

Aim to leave the world a stronger place than when you arrived, Ladd said.

“That is our challenge. It’s a tough path but I have no doubt that together we can collectively raise everyone up and not leave anyone behind.”

Equity and inclusivity were also on the mind of Lepofsky, a decorated constitutional lawyer now retired from public service, as he addressed the crowd after receiving his honorary degree Tuesday afternoon.

“We’ve got a problem in Ontario desperately needing to be fixed,” he said. “Ontario schools have hundreds of thousands of students with disabilities: physical disabilities, intellectual disabilities, learning disabilities, mental health challenges. Some of you are amongst that population.”

Nearly everyone will experience a disability of some kind at some point in their life, but that’s not reflected in society, said Lepofsky, who is blind.

“The problem is that we live in a world, including an education system, which overwhelmingly has been designed and operated under the bogus, ridiculous, implicit assumption that it’s only for people without disabilities,” he said.

Comprehensive plans to improve accessibility in Ontario’s K-12 and post-secondary education systems, developed by both those in the disability community and educators, were delivered to the provincial government earlier this year, Lepofsky said, but the support of advocates and allies are needed to help see them through.

“We need those plans adopted and implemented so universities like yours can have a roadmap that they don’t have to reinvent themselves,” he said.

Lepofsky came prepared with a homework assignment for the newest Brock graduates.

“You have been given a rare gift: the unique training that you’ve learned at this university that equips you with researching, writing, speaking, organizing, communicating, persuading skills,” he said. “Use it. Use it to help push to get our education system’s barriers facing students with disabilities torn down and to prevent new ones from ever being created.”

Receiving an honorary doctorate and delivering the Convocation address in the afternoon will be Bob Davis, former longtime Brock University athletic director who over his more than 30-year career helped to shape the athletic landscape at the University.

All Spring Convocation ceremonies will be livestreamed at brocku.ca/livestream

For more information and a full schedule of events, visit brocku.ca/convocation