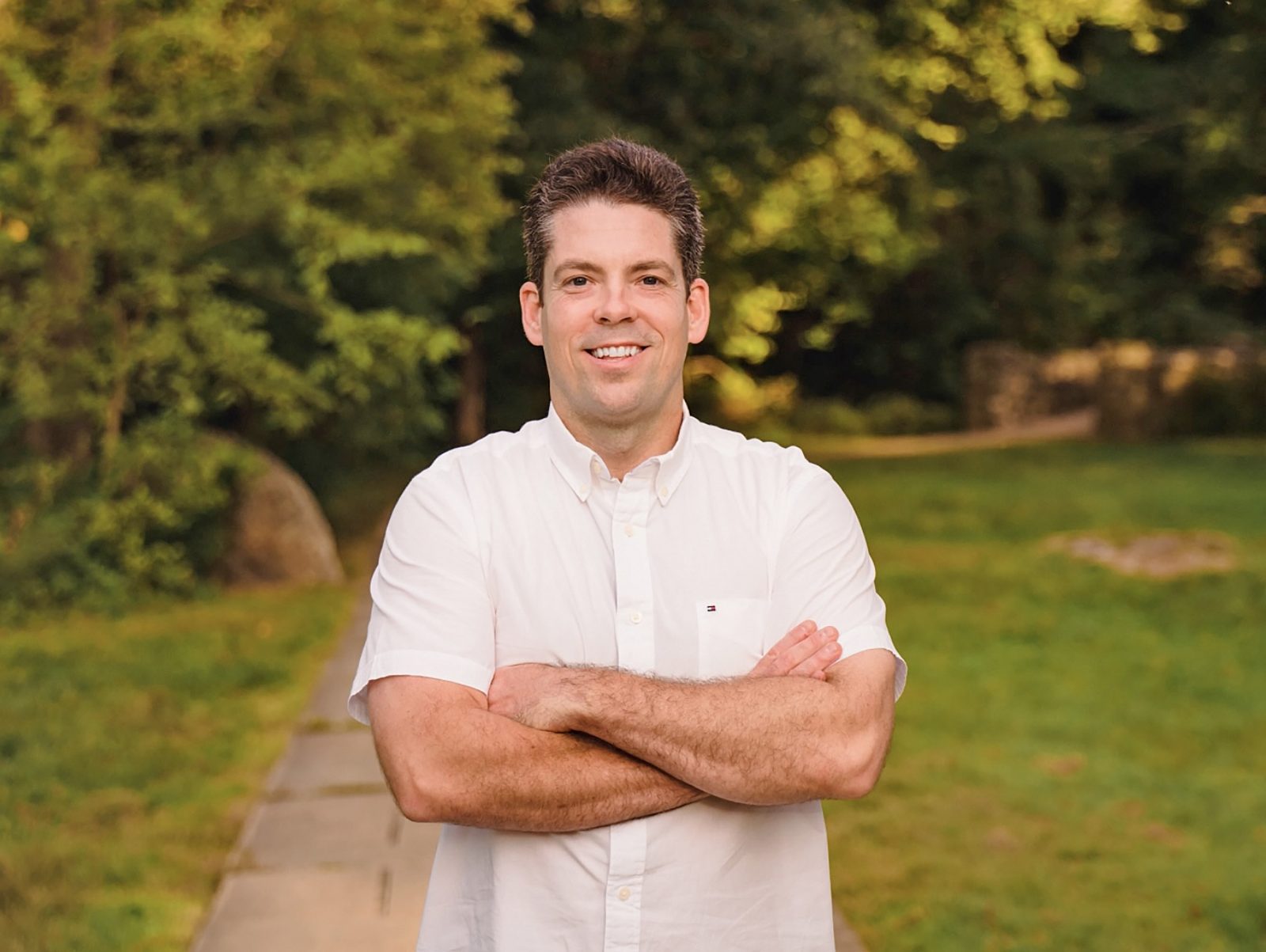 With a father who coached the York Lions hockey teams and uncles who played varsity hockey for the Queen’s Gaels, coaching a U SPORTS hockey team has long been a career goal for T.J. Manastersky.

On Thursday, May 26, Manastersky was announced as the new head coach of the Brock Badgers men’s hockey team, taking over the reins at a pivotal moment in the program’s history.

“I’ve been a fan of U SPORTS my entire life,” he said. “The opportunity to coach at that level and pursue a national championship is a dream come true.”

Manastersky takes over the role from Kevin Forrest, who served as interim head coach for the 2021-22 season after Marty Williamson was hired by the Ontario Hockey League’s Barrie Colts. 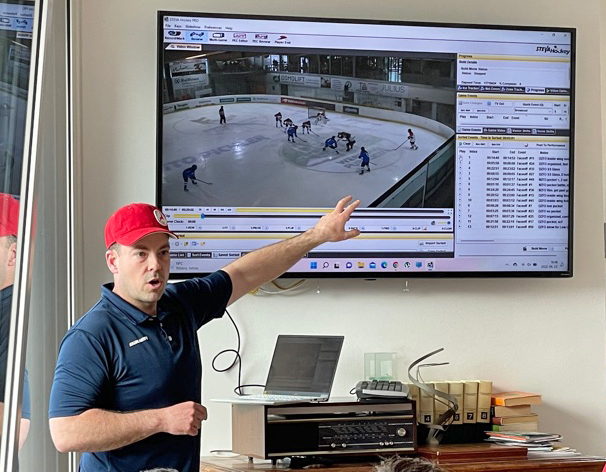 T.J. Manastersky goes over game footage with his hockey team.

“We are excited to have T.J. join our Brock Badgers family as our new head coach of our men’s hockey program,” said Melissa Krist, Director, Brock Sports. “He brings high performance, world-class expertise that will provide our student-athletes consistent leadership both on and off the ice in the development of our future leaders.”

Throughout his athletic career that saw him play in the Ontario Junior Hockey League, NCAA and Southern Professional Hockey League, Manastersky earned an undergraduate degree in English Writing Arts with a minor in Athletic Coaching at the State University of New York Oswego, and a Master of Science in Education, Health and Physical Education from Canisius College in Buffalo.

He went on to serve as an assistant coach at Canisius and Fredonia State before becoming head coach of Curry College in Milton, Mass., from 2012 to 2021. He was the youngest head coach in the NCAA in his first year, and was named Commonwealth Coast Conference Coach of the Year in 2018-19.

For 2021-22, Manastersky was named assistant coach of the Division 1 Union College men’s hockey team, where he focused heavily on player development and recruitment. He also recently served as an assistant coach for the Hungarian Under-18 national team at the World Championships.

Manastersky joins the Badgers at a transitional year for both the men’s and women’s hockey teams as they move into their new home at Canada Games Park. Both teams are also coming off U SPORTS National Championships berths.

“I’m a big believer in what Melissa (Krist) is building at Brock,” he said. “I think there’s a lot of great things happening.”

He said the new building provides the Badgers with a true home they can be proud of, and opens the door for more recruitment, as well as a new opportunity to engage with hockey alumni.

“It’s a new era and it’s an exciting piece of the puzzle when you’re trying to build a program,” he said.

Manastersky said he plans to use his NCAA recruiting experience to help develop the team at Brock, while also putting a significant focus on academics and creating well-rounded student-athletes.

At Curry College, he improved the team GPA from 2.8 to 3.73 during his time at the helm, resulting in five valedictorians and 30 Academic All-Americans.

“I am grateful to Melissa for the opportunity to join an impressive group of high-performance coaches at an outstanding university in beautiful St. Catharines and the Niagara region,” Manastersky said. “Student-athletes at Brock have world-class facilities and sport performance professionals like Steve Lidstone and Vicki Bendus which will lead to a holistic player development model that is unmatched. I’m excited to be part of Brock Badgers team.”