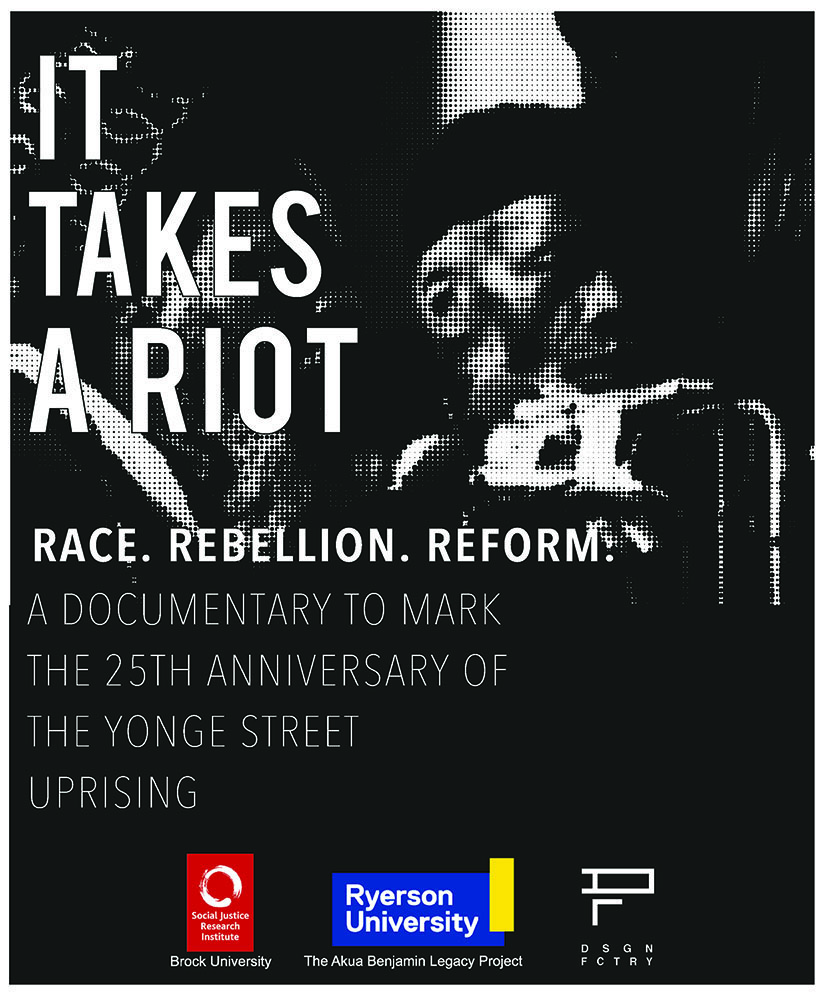 Five years after its release and 30 years after the events it describes, the final cut of It Takes A Riot is now free to view online.

On the 30th anniversary of the Yonge Street uprising, the final cut of the documentary It Takes A Riot: Race, Rebellion, Reform has become available to view for free.

“We want the film to be a public resource,” says co-writer and co-producer Simon Black, an Associate Professor in Brock University’s Department of Labour Studies. “It is important that this history be known and that students, teachers and the wider public have access to it.”

Directed by Howard Grandison and co-produced by Assistant Professor Idil Abdillahi of Toronto Metropolitan University, the documentary details a protest in Toronto on May 4, 1992, following the verdict in the Los Angeles trial on Rodney King’s death and the death of Raymond Lawrence, a Black man shot and killed by Toronto police.

The film, funded in part by Brock’s Social Justice Research Institute, has been screened more than 30 times since its 2017 release and was an official selection of the Vancouver International Film Festival’s Black History Month series in 2021.

“As we saw with the Black-led multi-racial protests that followed the police murder of George Floyd, police violence against Black people and resistance to it is not history,” says Black. “So, we hope the film provides young people especially with some necessary historical context and, by documenting the activism of the Black Action Defense Committee, inspires a new generation to continue the struggle against anti-Black racism and ask the question: What does it take for Black people to get justice in this society?”

The documentary can be viewed in full on Vimeo.