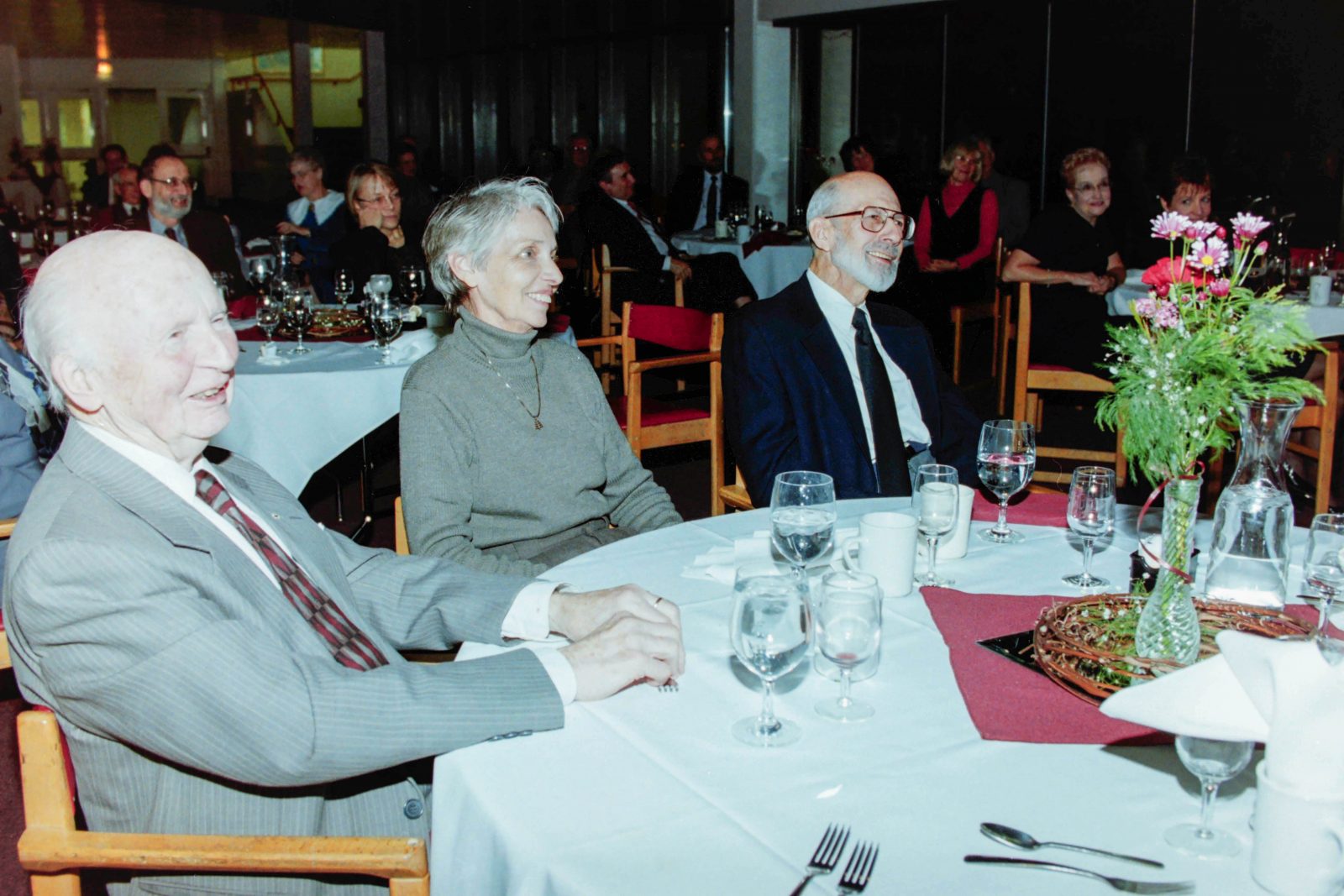 Brock University mourns the passing of Professor Emeritus of History Craig Hanyan (right), who is pictured at his retirement dinner in 1999 at a table with his wife Mary Hanyan, and James A. Gibson (left).

Hanyan taught American history with the Department of History from 1966 until his retirement in 1999. He was chair of the department from 1971-73 and was also involved in the Niagara Historical Society.

While at Brock, he served on a number of Senate, Faculty and University-wide committees. He served as secretary on the Brock University Faculty Association from 1992-93 and was a leader in the computerization of Brock University’s system.

Born in the Utica, N.Y., Hanyan married Mary Wallace, with whom he collaborated in his research, in 1956.

Hanyan’s major publication, written with his wife, was De Witt Clinton and the Rise of the People’s Men, published in 1996. The volume is a deep dive into the changing political culture of New York state under the influence of Clinton from 1815-1828.

“Craig and his wife Mary helped me acclimate to my new home and country and the twists and turns of academic life,” says Tami Friedman, an Associate Professor of History who met Hanyan shortly after she arrived at Brock.

She recalls being impressed by his regular exercise regiment, his cooking and his unflagging commitment to continuing his research.

“He was a kind and generous person, and I will really miss him,” says Friedman. “His loss is a loss for all of us.”