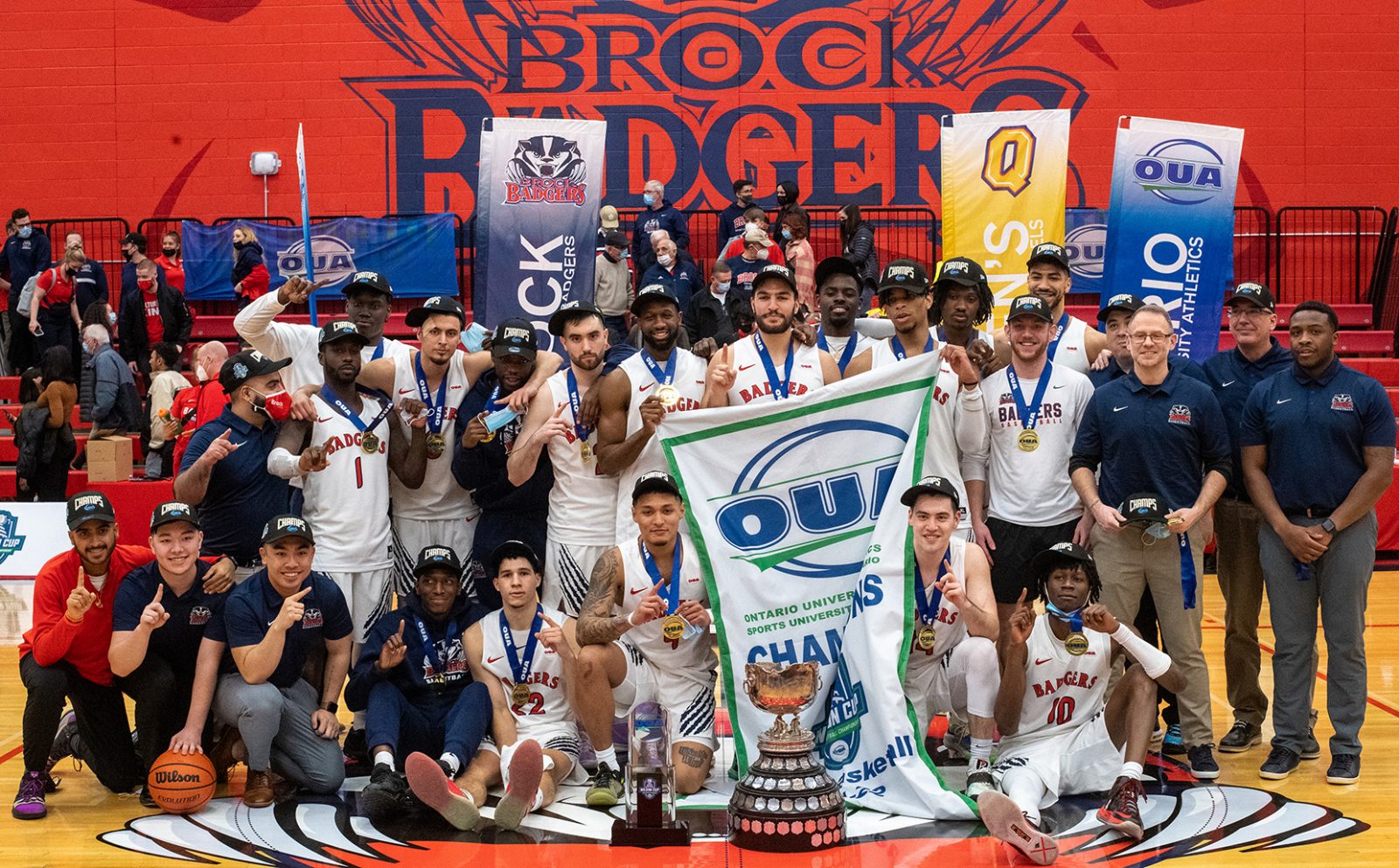 The Brock Badgers men’s basketball team heads to the U SPORTS Final 8 national championships as the No. 1 seed after winning the Ontario University Athletics title Saturday, March 26 at Brock.

What has turned into an historic playoff run for the Brock Badgers continues this week in basketball courts and hockey arenas in Edmonton, Kingston and Wolfsville, N.S.

While the Badgers’ women’s volleyball and women’s basketball teams wrapped up their runs at the nationals on the weekend, the other three teams have now arrived at their host venues and are set to begin their national campaigns Thursday or Friday.

All games are being broadcast on CBC Sports or directly through U SPORTS.

After winning its first OUA title since 1992 on Saturday, March 26 with a 95-75 win over Queen’s, the Badgers men’s basketball team heads to the U SPORTS Final 8 in Edmonton as the No. 1 seed.

Brock opens the tournament against No. 8 Saskatchewan in the quarter-final at the University of Alberta’s Saville Community Sports Centre on Friday, April 1, with tipoff set for 3 p.m. (all times Eastern). WATCH

Brock lost a heartbreaking OUA championship game to Ryerson on Saturday night, resulting in a No. 4 seed for the U Sports nationals being held at Queen’s University in Kingston. At the last U SPORTS championships held in 2020, the Badgers won a silver medal with a loss to Saskatchewan in the final.

The Brock men’s hockey team returns to the U SPORTS University Cup for the third time in school history. The Badgers enter the tournament in Wolfville as the No. 4 seed and open against the No. 5 St. Francis Xavier X-Men in the quarter-final on Thursday, March 31. Puck drop is at noon EST.

Brock looks to improve upon its first appearance at the national tournament since 2017-18 when it lost 6-2 to St. Francis Xavier in Fredericton. WATCH