FACULTY FOCUS: How a journey around the world led Tom Farrell to Brock 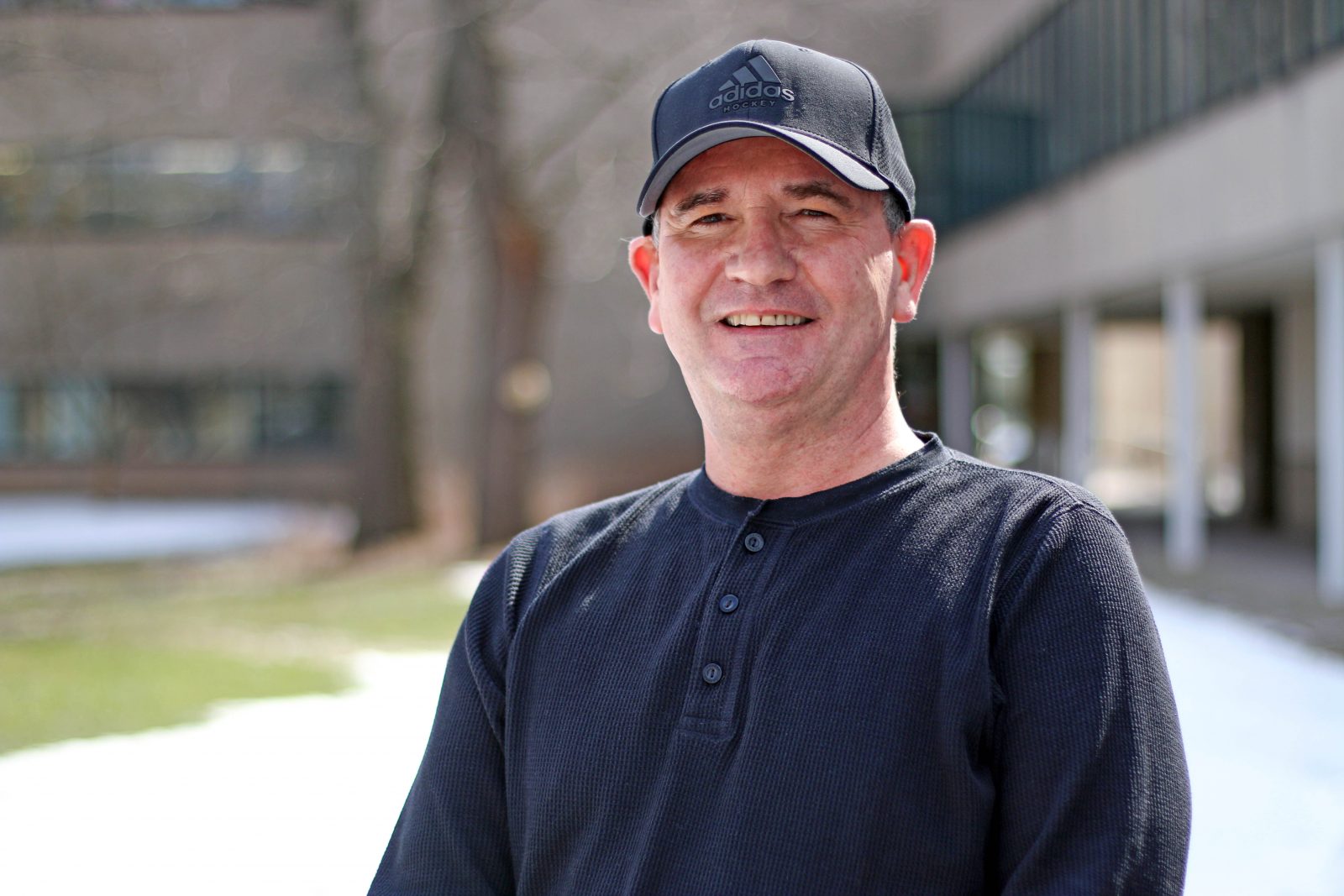 It’s a comment that has been thrown Tom Farrell’s way countless times.

“You don’t look like a professor,” he often hears from students when they first walk into his Applied Linguistics classes and spot him at the front of the room in his signature baseball cap and casual style.

“Thank you,” he always replies. “What should a professor look like?”

That question often leads students to a moment of reflection — which is Farrell’s research expertise — and causes them to think deeply about their word choices and what they mean.

The Brock Professor of Applied Linguistics found his knack in the classroom decades ago, thanks in part to his own reflective journey to figure out just what his future would entail.

Born and raised in Ireland, Farrell admits he grew up with a bit of a rebellious streak.

“I’ve gone against the grain all of my life,” he says. “In school, I was one of those interesting students who was difficult for teachers because I was bored silly.”

But when Farrell encountered his high school business teacher, the first educator he felt treated him as an equal, his relationship with education began to change. 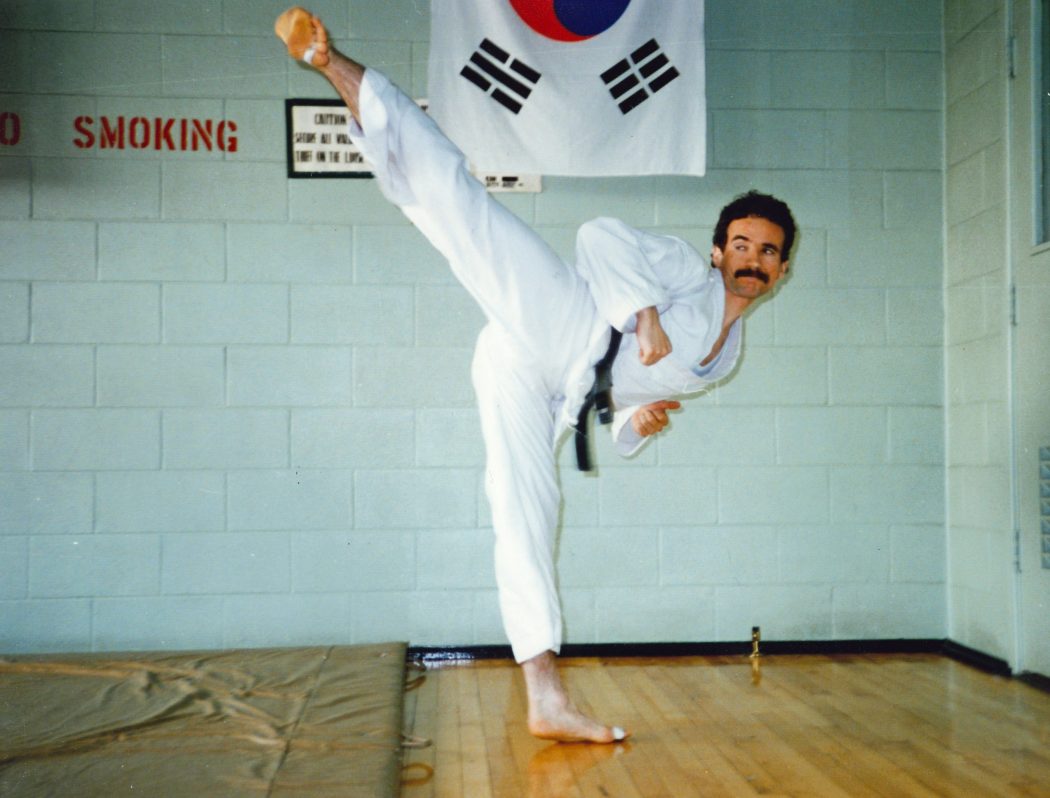 Brock Applied Linguistics Professor Tom Farrell is a fifth-degree blackbelt in taekwondo and says the discipline he has learned from the martial art has aided him through the years with his writing.

He went on to pursue an undergraduate degree in business studies, but was drawn instead to teaching. When he followed that passion and ultimately found himself at the front of a classroom as a teaching assistant, it just felt right.

Farrell was still uncertain of his next move as the end of his studies neared, but fortunately, his mother, who was always one step ahead, had already signed him up for teachers’ college — “just in case,” he says with a laugh.

His time in teachers’ college reaffirmed that the classroom was where he was meant to be.

However, Farrell wasn’t yet ready to dive into a career.

After earning his degree, he set off on what was to be a summertime adventure with two of his best pals. The trio hopped in a car and headed to Germany, where they worked for a short time in what was then a Daimler-Benz factory.

Although Farrell had a job in academia lined up for his return to Ireland in the fall, he decided to continue the epic journey on his own to learn more about himself.

Over the next two years, Farrell travelled through France and Italy, where he slept outside in parks and on trains, spent time in Greece and Israel working odd jobs, and made his way through Turkey, Iran, Afghanistan, Pakistan and India.

“There was a lot of reflection during those times,” he says, adding many of the nations he travelled through were impacted by war and other conflicts. “I would just sit and think. Sometimes I would go a long time without talking to anybody, and then I’d talk to a lot of people in a short period of time.

“Those two years were about me growing up,” Farrell says. “Growing up and realizing you only have one life and you’d better live it the best way you can. Do what’s right for you. Don’t worry about what others say.”

The journey ultimately led Farrell to South Korea, where he intended to stay a “short while” before moving on to explore the Amazon rainforest.

But life, as they say, had other plans.

Farrell began teaching English as a second language, as he had done sporadically throughout his travels, but found his priorities changed when he met his future wife.

In the years that followed, the couple welcomed two children and Farrell began pursuing his interest in linguistics. He commuted from South Korea to the U.S. to complete both his master’s and PhD.

The family then moved to Singapore, where Farrell, who had also spent time training to become a fifth-degree black belt in taekwondo, began educating teachers on how to teach English as a second language.

It was a chance encounter with a Brock professor at a conference in Singapore that introduced Farrell to the University and got him thinking about moving to Canada with his family.

When a position became available at Brock in 2004, he jumped on the opportunity.

“Teaching at Brock has enabled me to work on my research and travel the world sharing it,” says Farrell, whose focus on reflective practice has earned him three research grants through the Social Sciences and Humanities Research Council of Canada. “It’s so beneficial to meet professors from around the world. It’s a great way to reinvigorate yourself and your research.

“That’s where the great ideas come from,” he says, “It’s very difficult to get those same ideas while sitting in the same room day after day.”