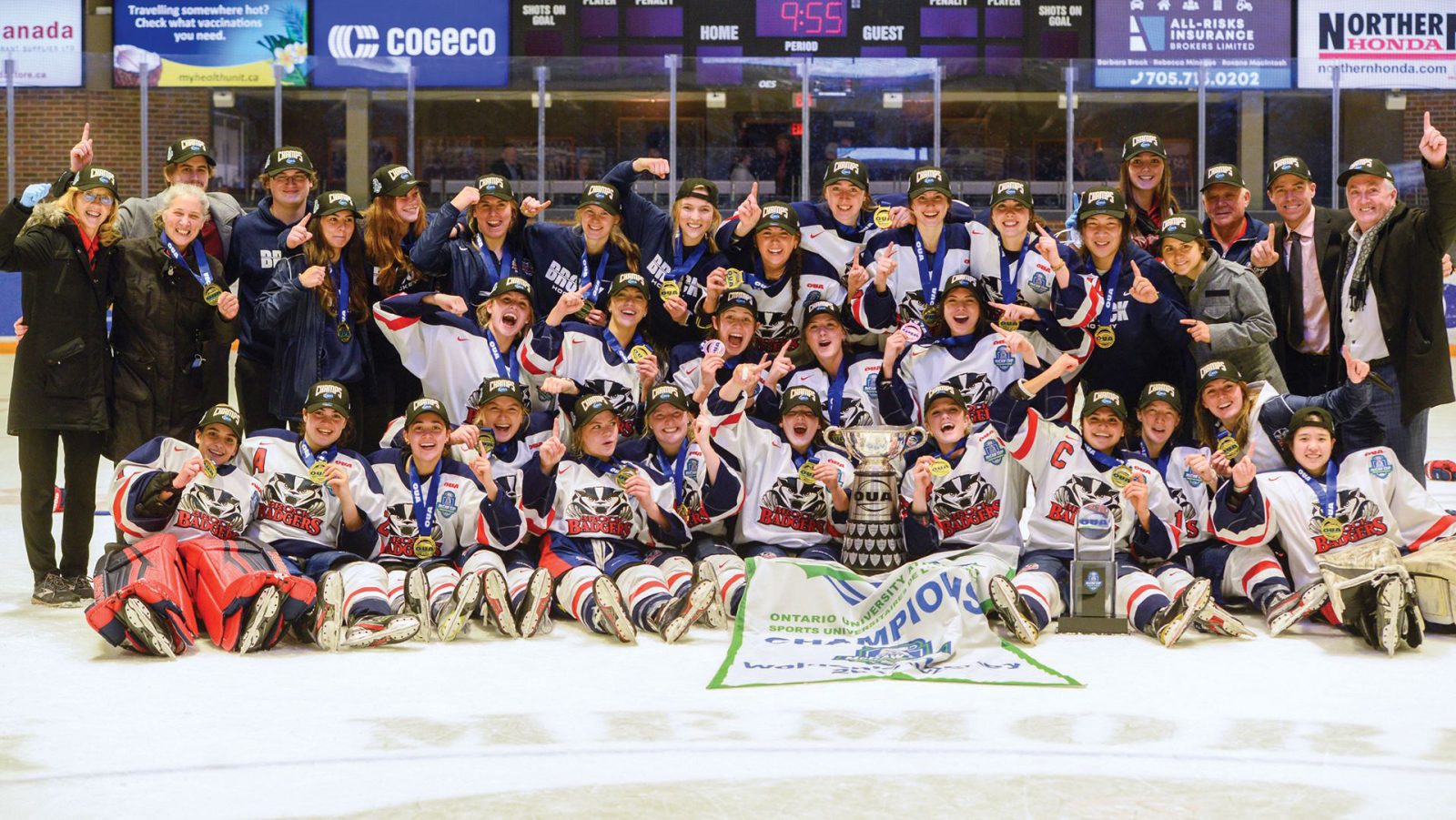 The Brock women’s hockey team made history on Saturday, March 19.

“We can’t stop smiling, crying and screaming. We are so proud of one another, because we promised we would do it for each other,” said senior defenceman Paige Cohoon. “If I had one word to describe this team, it’d be family. At the end of the day, it doesn’t matter the talent you have, what matters is the heart. This team’s heart is unstoppable.”

Cohoon’s power-play goal at 9:07 of the second period stood as the game winner.

“There is absolutely no one I’d rather celebrate this huge accomplishment with,” she said of her team. “There’s no one else I’d rather make history with.”

Brock goaltender Tiffany Hsu made 19 saves for the win, including seven critical saves in the final frame.

The Badgers’ leading goal scorer, Cassidy Maplethorpe, lit the lamp to open the scoring early in the second after a scoreless first period.

Carley Blomberg finished the night with two assists. Maplethorpe and Emma Irwin each added an assist.

“I can’t even describe what it feels like right now. To make history and win the McCaw Cup with such an incredible team is the best feeling in the world,” said captain Kaitlyn Colonna. “Our team is a family and we would give absolutely anything for one another. The heart of this team is what got us this win. We’re not done. We’re playing to become national champions next week in P.E.I.”

The Badgers will travel to Charlottetown, P.E.I., to compete in their first U SPORTS Women’s Hockey Championships from Thursday, March 24 to Sunday, March 27.