Brock Badgers playoff Saturday: What you need to know 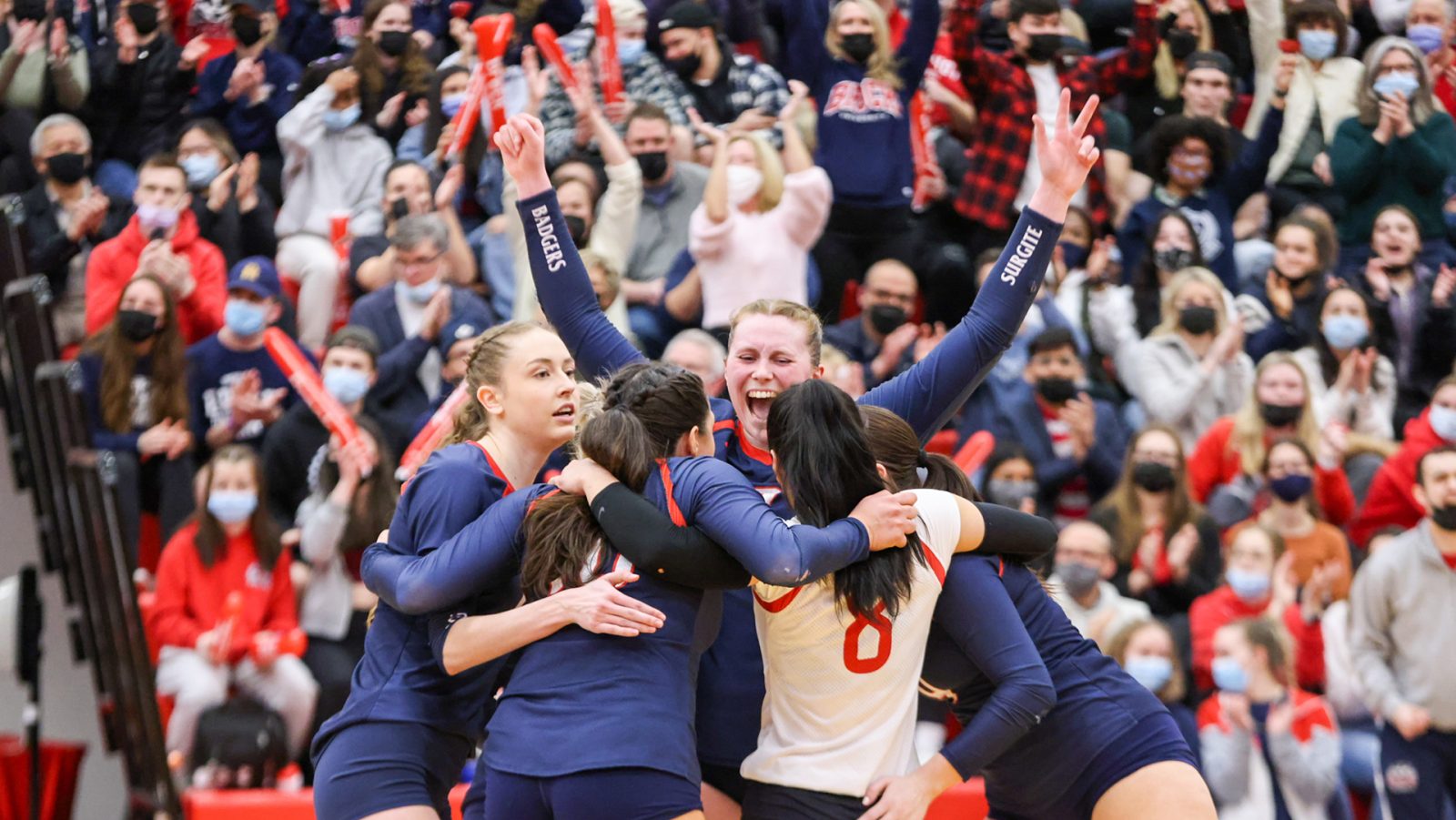 The Brock women’s volleyball team headlines a full plate of Badgers playoff action on Saturday, March 19 when they host the Quigley Cup at 7 p.m.

The Brock Badgers have a full plate of playoff action on the menu this Saturday, March 19.

The Brock women’s volleyball and hockey teams are looking to make history as both compete in their respective Ontario University Athletics (OUA) Championship finals.

Meanwhile, the Brock men’s volleyball team has the chance to claim its first medal in program history, and earn a berth in the national championships.

Both Badgers basketball teams begin their post-season campaigns while the men’s hockey team laces up for the OUA quarter-finals.

A pair of undefeated women’s volleyball powerhouses clash for the Quigley Cup OUA Championship at Bob Davis Gymnasium on Saturday at 7 p.m. The No. 2 nationally-ranked Brock women’s team hosts the No. 3 Toronto Varsity Blues in a rematch of the 2020 OUA Women’s Volleyball Championship.

The Badgers (15-0) are seeking their first OUA title in program history while the Varsity Blues (14-0) are contending for their third-consecutive conference championship and 13th overall banner.

Fans are reminded masks are mandatory on campus. Artificial noisemakers are not permitted in Bob Davis Gymnasium and there is a zero tolerance alcohol policy.

For the first time in team history, the Brock women’s hockey team will compete in the McCaw Cup OUA final.

The Badgers (5-5-2-4) travel to North Bay to face off against the Nipissing Lakers (9-4-1-0) for the OUA championship. Brock finished third in the West division while Nipissing placed second in the East.

On Saturday, March 12, Brock upset Guelph to open the playoffs and defeated Western in the semifinal on Wednesday, March 16. The semifinal win sealed the team’s first-ever trip to the McCaw Cup and a berth to the U SPORTS Women’s Hockey Championships in Charlottetown, PEI from March 24 to 27.

The Brock men’s and women’s basketball teams both begin their playoff campaigns in the OUA quarter-finals at Bob Davis Gymnasium.

The defending-conference champions and No. 1-ranked women’s basketball team in the country, Brock Badgers (12-0), hosts the McMaster Marauders (9-6) at noon. WATCH

A provincial bronze medal and a trip to the national championships are on the line for the No. 10-ranked Brock men’s volleyball team.

The Badgers (8-4) travel to Kingston where they battle the No. 5 Queen’s Gaels (11-2) in the OUA bronze-medal match. The OUA conference has three berths at the U SPORTS Men’s Volleyball Championships in Manitoba from March 25 to 27, so the winner of the bronze-medal game will earn a spot at nationals.

The Brock men’s hockey team (7-5-2) upset Laurier in Round 1 of the OUA Queen’s Cup playoffs and will host the York Lions (6-8-2) at Meridian Community Centre in Pelham at 3 p.m.

The Badgers won three games and lost once in overtime during four meetings with the Lions this season. The winner will advance to the OUA semifinal to take on the winner of the Rams vs. Waterloo contest.

Men’s and women’s Track and Field at OUA Championships (York University), March 18 to 19