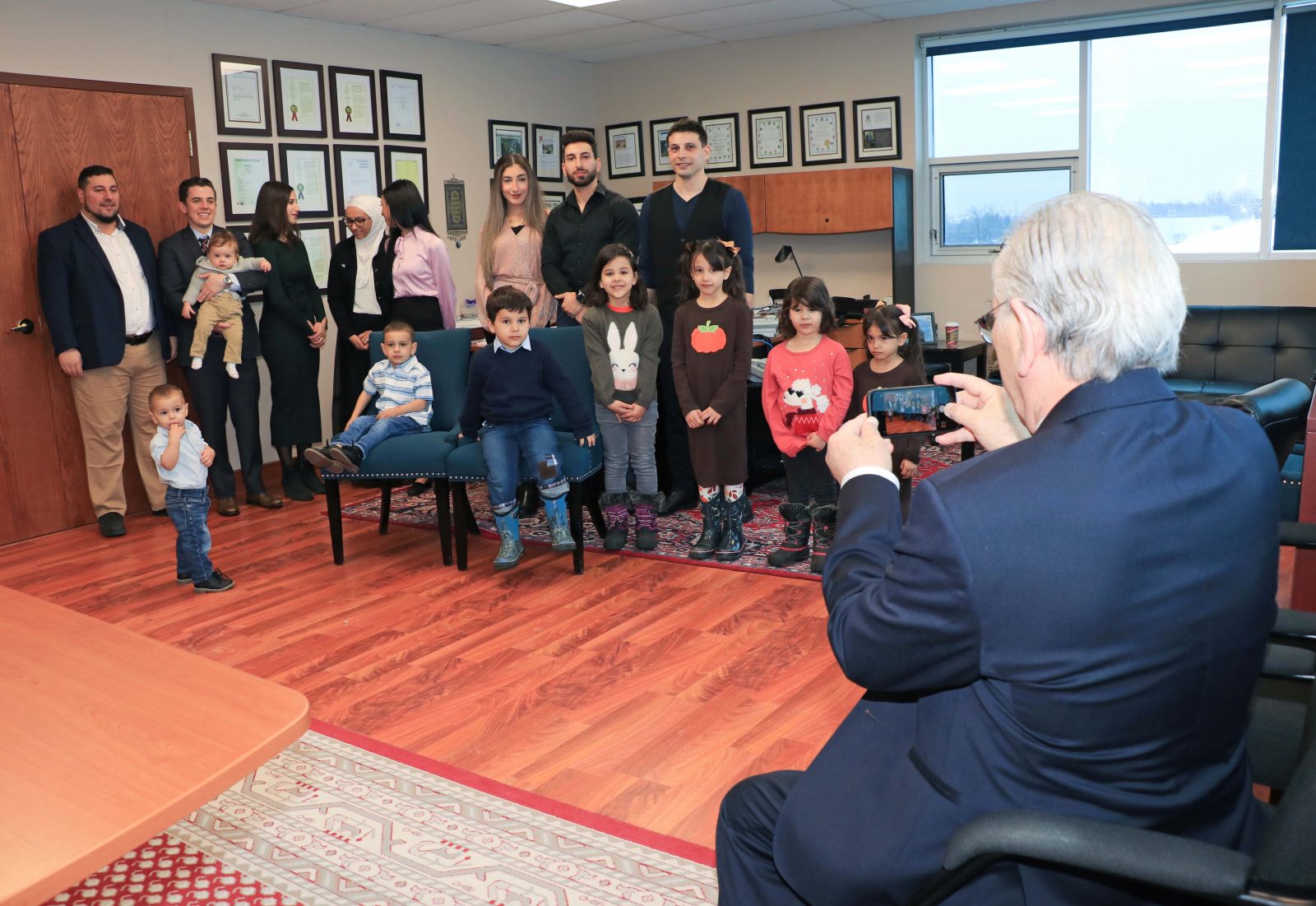 Former Brock University Professor Yousef Haj-Ahmad takes a photo of his family after the announcement of his $5-million gift, through the Haj-Ahmad Family Foundation, to support the University’s newly named Yousef Haj-Ahmad Department of Engineering.

Brock experts weigh in on Olympics: Assistant Professors of Sport Management Michelle Donnelly, Michael Naraine and Taylor McKee all spoke to media about the 2022 Beijing Winter Olympics. Donnelly spoke to Ms. Magazine about gender balance and inclusion at the Games, while Naraine discussed sponsorship opportunities for athletes who span nationalities with Women’s Wear Daily. McKee was interviewed by CP24 about doping allegations related to a Russian figure skater.

China puts coal plants at full capacity, even as it touts hosting a ‘green’ Olympics: Professor of Biological Sciences Liette Vasseur was quoted in an NPR article that ran in outlets across the United States and discussed allegations of greenwashing with concern to Chinese environmental policies at the Winter Olympics.

Will limiting alcohol make a difference in a small Nunavut town?: Professor of Health Sciences Dan Malleck spoke to The Toronto Star about proposed liquor restriction in a town in Nunavut.

Cold plunges are getting lots of buzz, but is it supported by science?: Professor of Kinesiology Stephen Cheung spoke to The Toronto Star about the potential risks humans face when they go swimming in cold water.