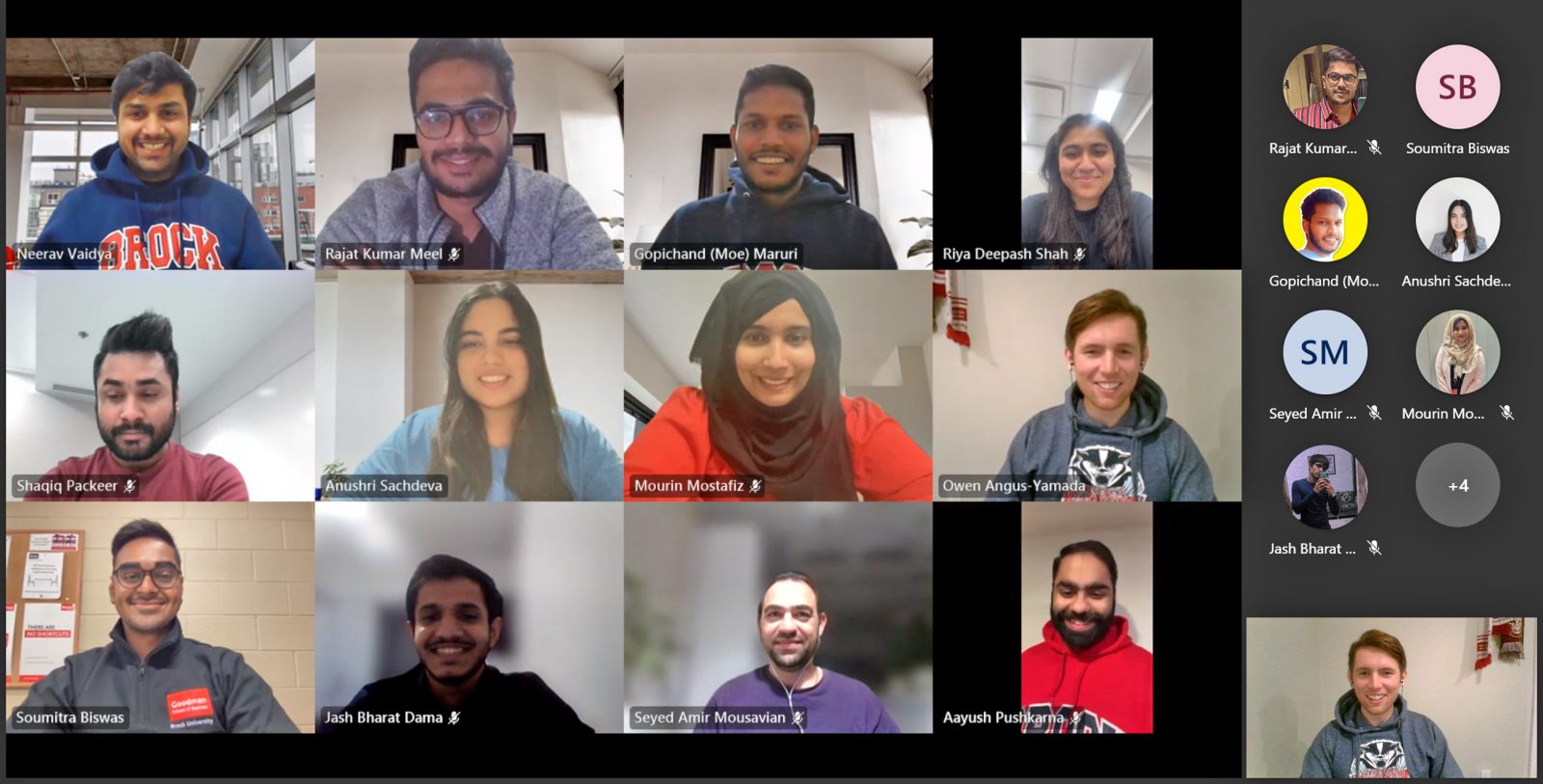 The 2022 MBA Games team meets virtually to prepare for the 2022 competition.

The MBA Games features 16 leading business schools from across the country and was hosted virtually by the Schulich School of Business at York University from Jan. 7 to 9. The competition includes academic cases, philanthropy activities and sports and dance challenges.

Goodman’s team took home second place overall in academic performance, finishing first in one of the two cases. Strong showings in the sports and dance challenges as well as the philanthropy campaign helped the team achieve the fourth-place finish.

But for first-year Master of Business Administration student Gopichand (Moe) Maruri, the team’s top athlete, participation in the sports challenges marked a significant personal win for him as well. Over the three-week October walking challenge, he logged more than 350 kilometres for the team, a feat that might have seemed virtually impossible just a few months earlier. 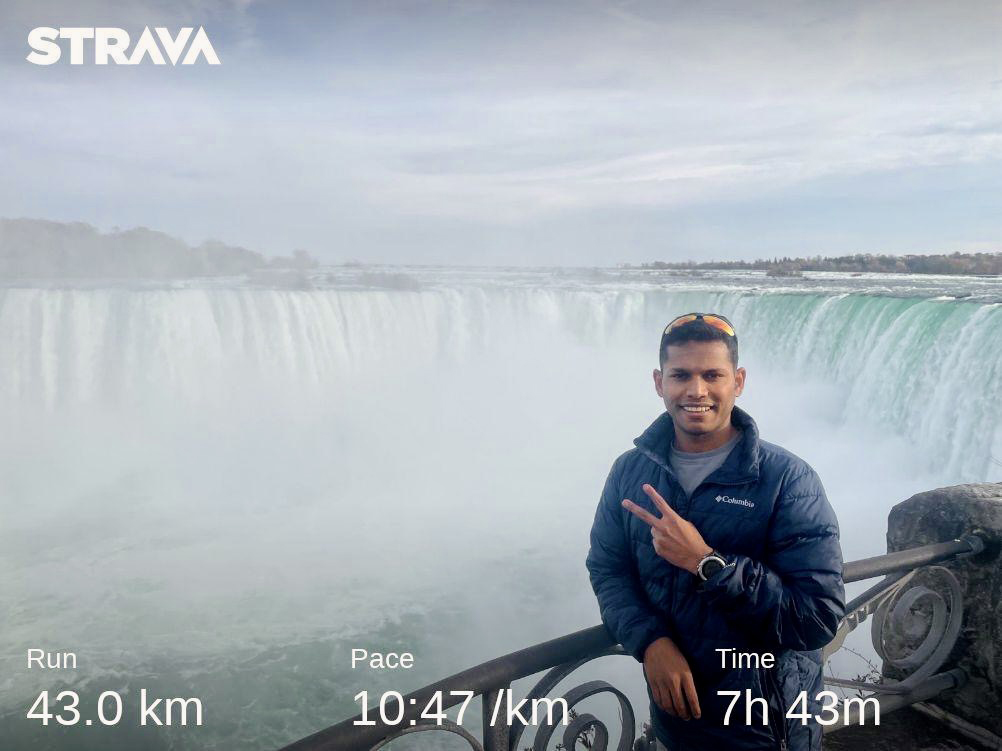 Gopichand (Moe) Maruri walked more than 350 kilometres over three weeks as part of the MBA Games athletic challenge, including a round-trip walk from Brock to Niagara Falls.

“The MBA Games brought me back to life,” Maruri said. “Over the period of those three weeks, I constantly pushed myself to do as much as possible.”

Maruri’s contributions included a round-trip walk from Brock to Niagara Falls that took more than eight hours and included more than a marathon’s worth of kilometres — 43 in total. The walks also acted as an introduction to his new region, allowing him to see the city from different perspectives, visit different areas and see new crops and animals for the first time.

“I like pushing my limits and I am sure Brock will provide me more opportunities to do this,” he said.

Co-captains Anushri Sachdeva and Owen Angus-Yamada led the team of Goodman students, who spent four months preparing from their desks and communities around the world, including in India, Iran and the United Arab Emirates.

The competition’s philanthropy campaign was an inter-university challenge where the team collaborated with Schulich to raise money for Indspire, which invests in the education of First Nations, Inuit and Métis people with the goal of increasing graduation rates of Indigenous students.

Mostafiz was selected as the team’s MVP for her work both on the academic team and how she went above and beyond to support her teammates in every aspect of the competition.

“Mourin represented the school really well,” Angus-Yamada said. “She is what we hope people bring in terms of energy, always improving herself and trying to help the team as much as she could.”

The team would like to thank Goodman staff advisors Lauren Smith and Melissa Warden for the mentorship as well as Goodman recruitment co-ordinator Cristina Greco for her assistance with the dance components.