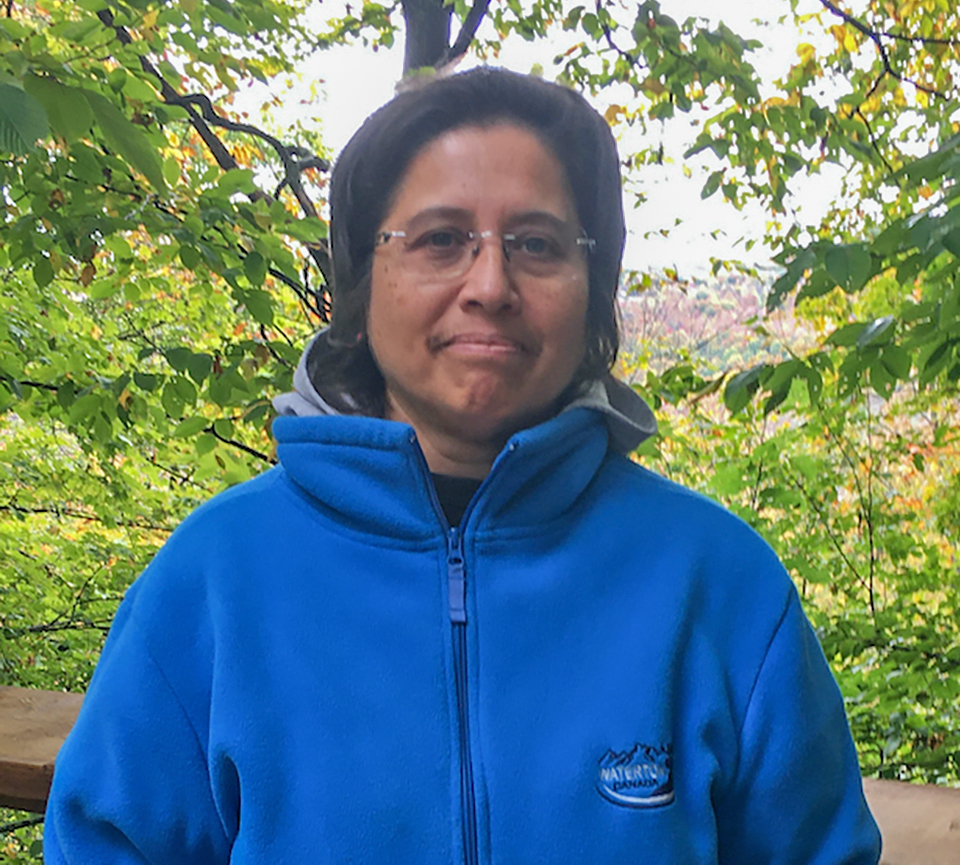 Mela Sarkar, an Associate Professor in the Department of Integrated Studies of Education at McGill University, will give a talk as part of the Department of Applied Linguistics Speaker Series on Wednesday, Nov. 17 at 2 p.m.

Revitalization and retention efforts around Indigenous languages in Canada will be at the centre of an upcoming talk hosted by Brock’s Department of Applied Linguistics.

Mela Sarkar, of McGill University, will present “Researching Indigenous Language Education from a Non-Indigenous Perspective” on Wednesday, Nov. 17 as part of the department’s annual speaker series.

More than 50 Indigenous languages are spoken across Canada today, and many are undergoing revitalization and retention efforts. Sarkar will speak at length about a language revitalization project in a Mi’gmaq community in the Maritimes.

Andrew Lee, Assistant Professor of Applied Linguistics and co-organizer of the talk, says the organizing committee invited Sarkar in part because of the designation of the new federal statutory holiday on Sept. 30, the National Day for Truth and Reconciliation.

“Dr. Sarkar worked with a Mi’gmaq community for 10 years from 2006 to 2016, during which her research team significantly contributed to Mi’gmaq language revitalization,” says Lee. “Her lecture will shed light on her experience as an applied linguist as well as a language educator, in addition to her own reflection on 10 years of continuous collaboration with the Indigenous community.”

Lee also notes that Sarkar taught the first course he took as a graduate student at McGill and helped inspire his own path as an academic and researcher.

“She was always passionate about community-based research, which really enlightened me and made me discover diverse research methodology in applied linguistics,” says Lee. “In this sense, I am truly happy that she accepted our invitation since I am confident that she will give us a thought-provoking and inspiring lecture.”

Lynn Dempsey, Chair of the Department of Applied Linguistics, says the talk is the first of three the department has planned for this year.

“I’m particularly pleased this year to have two MA (Master of Arts) Applied Linguistics students on the organizing team who will host an informal conversation with Dr. Sarkar for their classmates after the main presentation,” says Dempsey. “This is a valuable opportunity for our graduate students to learn from someone with a wealth of experience in community-based research.”

The two graduate student ambassadors, Osama Chattha and Daniel Wright, are both eager to participate in the event.

“I am looking forward to learning about the revitalization process that is used in trying to preserve a language,” says Chattha. “Also, I am interested in hearing about the first-hand accounts of Indigenous Peoples and learning from their perspectives, especially those we don’t often hear from.”

Wright says that he sees some parallels between Indigenous languages in Canada and efforts to revitalize the Welsh language in the United Kingdom.

“As a recent arrival to Canada from the U.K., I do not have a great deal of experience with Canada’s Indigenous languages,” says Wright. “I am therefore really interested to learn more about how Indigenous languages and cultures in Canada have dealt with the spread of English and what policies have been successful in preserving them.”

Sarkar’s talk takes place virtually on Wednesday, Nov. 17 from 2 to 3 p.m. Everyone is welcome to attend, but those interested are asked to RSVP by Monday, Nov. 15 in order to receive a link to the event.