Spirit of Brock medal a ‘moment of reflection’ for grad student 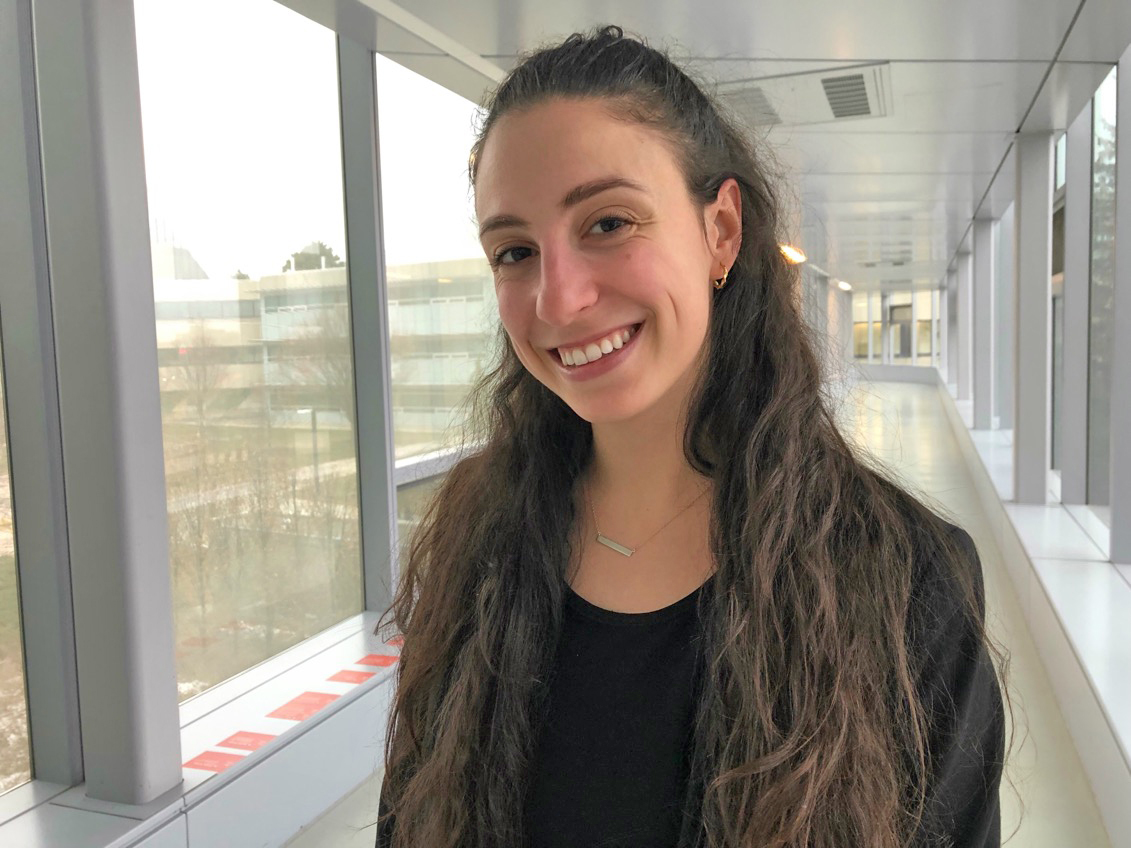 Felisia Milana (BA ’20, MA ’21) was one of two recipients of the Board of Trustees Spirit of Brock medal at the University's Fall Convocation on Friday, Oct. 15.

For Felisia Milana (BA ’20, MA ’21), being awarded the graduate student Board of Trustees Spirit of Brock Medal from the institution that has inspired her since she was a child feels like “the perfect farewell.”

“When I found out I would receive the Spirit of Brock medal, I had a moment of reflection on what the past five years at Brock have given me and all that has been accomplished during that time,” says Milana, who was born and raised in St. Catharines and completed both her undergraduate and master’s degree in Political Science at Brock. “I could not feel more honoured to be the recipient.”

In addition to working as a research assistant and a volunteer dance teacher assistant, and providing service on the Brock Student Conduct Council from 2018-21 to work on restorative justice for students during her time at Brock, Milana also became an award-winning teaching assistant (TA), receiving the Novice TA Award from the Centre for Pedagogical Innovation last year.

“During my time as a TA, I wanted to highlight the importance of acknowledging human emotion in the university setting and to let students know that asking for support was normal and I would be there to help them through it,” says Milana. “Each class, I spent time checking in with students, and I sent reminders on assignments, was available to schedule meetings when needed and really made it known that I cared for their success.”

Milana says her graduate experience was shaped by two Indigenous Spirituality courses that she took in her fourth year, which changed her understanding of her own privilege and gave her a new appreciation for Indigenous communities and traditions.

“One of my Political Science professors suggested that I look at restorative versus conventional approaches to justice with attention to Indigenous offenders in preparing my MA application,” she says. “Once I found out that Indigenous Peoples made up five per cent of the general Canadian population but accounted for 30 per cent of the federal incarceration population, I knew something wasn’t right and it seemed necessary to research it further.”

Milana completed her major research paper under the supervision of Assistant Professor Liam Midzain-Gobin. She says he gave her valuable insight into how to “respectfully come into this space as a white-settler researcher and do work that aims to help the Indigenous population as an ally,” something she plans to carry forward as an aspiring lawyer.

While Milana says she can’t pin down a single favourite memory of her time at Brock, her involvement with the GSA stands out as a highlight of her last year as a student.

“I wanted to join student government in university but was too nervous during my undergraduate degree, so I’m so glad I took that leap this year and feel very grateful for my time on the GSA Board of Directors throughout my year of graduate studies,” says Milana, who served as a Faculty representative, Deputy Returning Officer, Vice-Chair of the Board and Board Chair. “It was such a great experience to work with a group of knowledgeable students who strive for the best interest of current graduate students and future cohorts to come.”