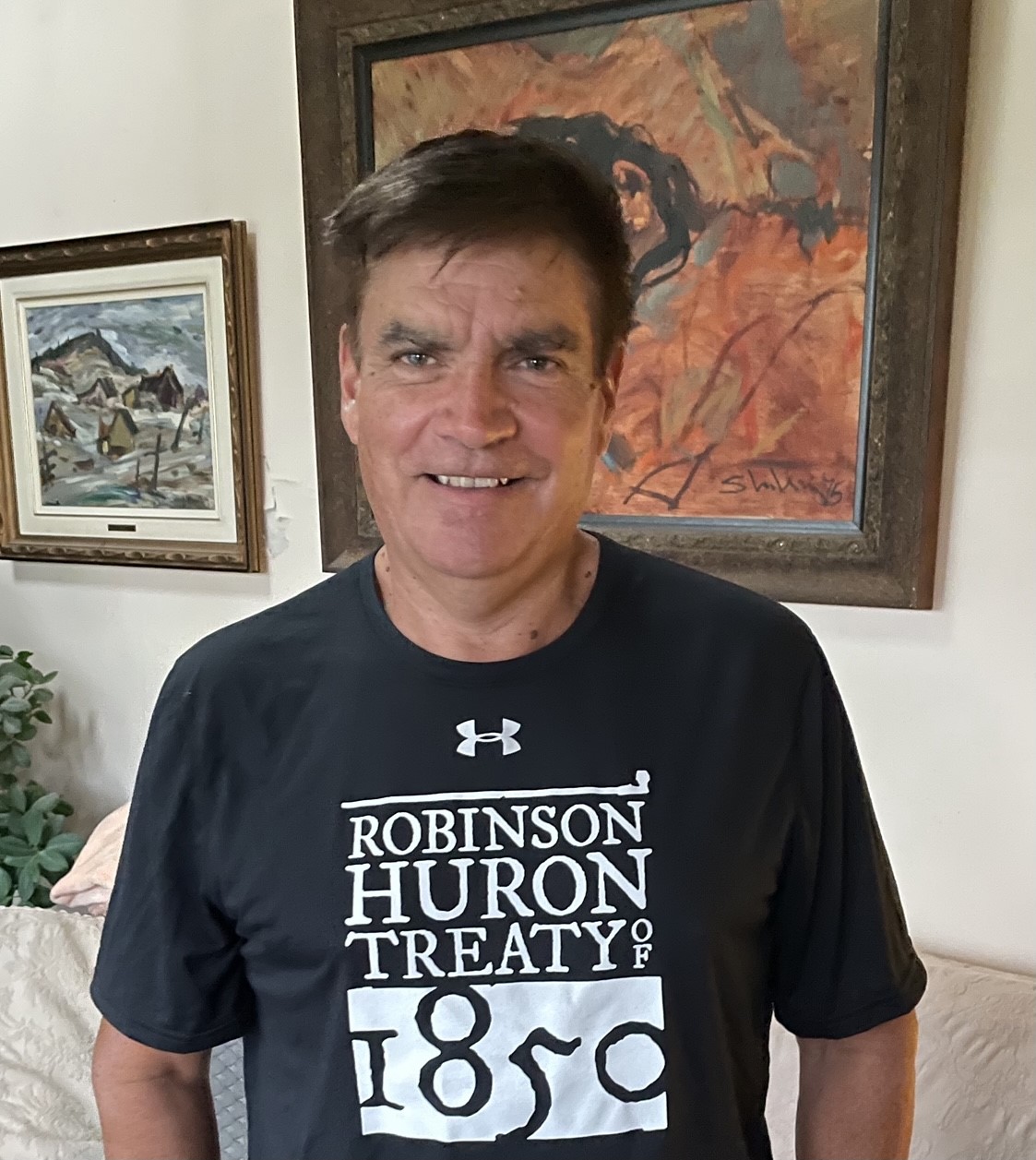 Fast forward 38 years and his career in both the mining industry and Indigenous community relations has earned him the 2021 Distinguished Graduate Award in the Faculty of Mathematics and Science.

Hans Matthews, a geologist and member of the Wahnapitae First Nation, found success in helping mining companies and Indigenous communities work together as President of the Canadian Aboriginal Minerals Association. These contributions also recently earned him the Skookum Jim Award from the Prospectors and Developers Association of Canada.

Before attending Brock Matthews gained experience in the industry working with a geologist from the Ontario government and mapping glacial deposits in southern Ontario.

“Ainsworth introduced me to my first taste of university life and to some of the professors,” Matthews said. “So it became really something totally different that I would be attracted to, something I found compelling.”

Matthews lived near a sand and gravel pit in north Toronto and wondered why the earth was layered and why trees were sticking out of the gravel buried by tens of feet of sediment. He took samples of the trees and with the help of Brock’s lab, carbon dated the specimens. The results showed the samples were 13,000 years old and of great significance.

“The discovery got the attention of professors in Earth Sciences and became my first entry into Brock life,” Matthews said. “It led to publishing a paper in 1980 in the Canadian Journal of Earth Sciences.”

Matthews says his time at Brock was extremely positive. The small class sizes created an almost intimate environment where he felt he could ask anything without feeling intimidated.

“We could openly discuss any issue and found credible debate without criticism,” he said. “Many professors brought me new knowledge and technique. Peter Peach’s work with igneous petrology was excellent and Wayne Jolley got me hooked on volcanos. I became enthusiastic enough to do my bachelor’s thesis on volcanology studying Precambrian volcanic sequences in Northern Manitoba.”

Combining all he learned at Brock helped him form a package of how he could address mineral exploration, which lead to his career in the mining industry.

“A key to success for me was to become a total expert in one discipline,” he said. “Mastery of mineral exploration and geology allowed my other skills to follow. It led to more opportunities than what I was trained for including my interest in environmental management and protection.”

While serving as a vice-president for a mining company in Arizona in 1990, Matthews  could see how the industry was treating Indigenous communities unfavourably, especially the attitudes brought out by the response to the Oka crisis in Quebec.

“When everyone in the industry thought the mining in Canada was at risk, I saw it as an opportunity,” he said.

His connection to the Indigenous community came later in life.

“I was part of the ‘60’s scoop’ and was separated from my Indigenous community at birth,” he said. “There was ambiguity around my heritage growing up, but once I reunited with my community and was able to learn about my past, my connections grew.”

Matthews was able to be transparent with both Indigenous and industry leaders he was speaking to. It took time, but it built trust in who he was and the collaborations he brokered.

“I had to learn to listen to understand their needs and find common ground between both group’s goals,” he said.

Matthews has worked in the Red Lake camp for Interquest Resources and for the Aboriginal Workforce Participation Initiative for Indian and Northern Affairs Canada. He later worked for consulting firm PwC to facilitate agreements between mining companies and Indigenous Peoples for projects in Australia, Canada and South Africa.

“I left the job security and pension behind at Indian Affairs and formed the Canadian Aboriginal Minerals Association (CAMA) as a volunteer and took the job at PwC,” he said. “A pension is less important to me than doing something good for society. I wanted to make change happen.”

Matthews created the CAMA with a starting compliment of nine directors, all from the Indigenous community. The association grew from 50 to more than 500 participants and built a reputation for discussing the most prominent economic and environmental issues affecting communities related to mining.

“One of the key things our organization does is bring trust to the process,” he said. “Both sides feel confident their voices are heard while we seek collaboration.”

Respect earned in the industry led to his involvement with two of the largest environmental hot button projects in Canada: the Enbridge Northern Gateway pipeline and the Grassy Mountain Coal project in Alberta.

Matthews feels the unifying factor between the mining industry and the Indigenous community is the environment.

“It is where most of our conversations start. Without stewards of the environment on both sides ensuring adequate protection, it is very hard to move forward,” he said. “You can hire a team of consultants and industry experts to make decisions based on science and precedent, but if you fail to listen to the Indigenous communities about the areas they continue to occupy and know best, you can’t make the right decisions.”

Dean Ejaz Ahmed of the Faculty of Mathematics and Science is pleased to have Matthews as the Distinguished Graduate award winner.

“Hans has demonstrated that applying ones’ knowledge and accepting risk can produce significant results,” he said. “His reputation and thoughtful style of collaboration are a benefit to the communities he serves.”