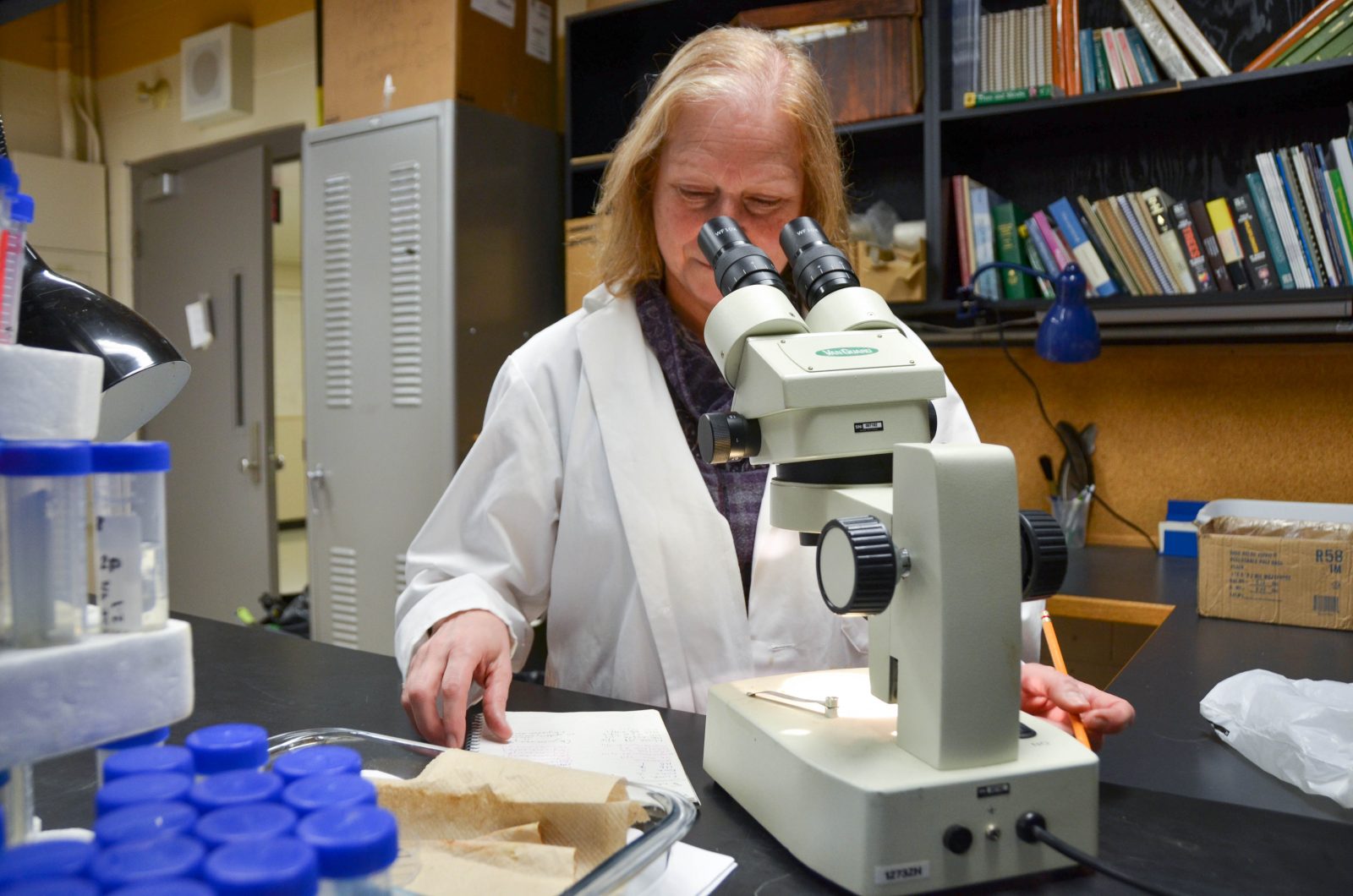 Liette Vasseur believes that making science accessible to all begins with the spreading of knowledge.

It was with this concept in mind that the Brock University Biological Sciences Professor took to the podium at Soapbox Science Ottawa last month to talk about her work.

The event, a public outreach platform for promoting women scientists and their research, gives audiences a forum to meet prominent female leaders in science, technology, engineering, mathematics and medicine.

Vasseur, who was at Soapbox to speak about protecting agroecosystems, felt the event was an important step in disseminating scientific knowledge to the public.

“We need to explain the importance of our work to societies,” she said, adding scientists need to do so in simplified language that can be more easily understood. “Even fundamental research has its link to society, even if it is indirect and not obvious immediately.”

For Vasseur, this meant using her Soapbox time to discuss diverse agroecosystems — communities of plants and animals interacting with environments modified by people to produce products for human consumption and processing, such as orchards and vineyards — and how they can help to reduce the impacts of climate change and extreme weather events for farmers.

Although she believes many people think science is inaccessible, Vasseur hopes to use events like Soapbox to help change this notion. The ongoing COVID-19 pandemic has shown that greater transparency in research and accessibility to sciences is pivotal, she added.

While some people claim to not trust science, many still use a wide array of technologies discovered and designed by scientists, Vasseur said.

“People may not understand the science that goes into the development of a smartphone or the capacity to have strawberries growing in Canada in winter in greenhouses,” she said. “I believe the main issue is the lack of knowledge of what science involves.”

“In some ways, I can understand,” she said. “For a very long time, and even today in some institutions, science has not been transparent. It can be difficult to understand and data are not always available.”

Knowledge is key to combating that mistrust, Vasseur said.

“Being able to offer knowledge translation to explain in simpler language what we are doing as scientists can help break down barriers,” she said.

Sweeping changes are already underway to advance the public’s knowledge of science. In 2017, the member nations of UNESCO adopted the Recommendation on the Definition of Science and Scientists, which included among its major principles that science should be accessible to everyone.

As a follow-up to this principle, a recommendation on open science will be adopted at the 41st General Conference of UNESCO happening next month and all countries will be encouraged to develop policies and actions to move forward.

Vasseur believes that increasing accessibility to science so everyone can be a part of the discussion is a step in the right direction — and may even inspire the next generation of scientific greats.

“Personally, I am the first generation in my family to go to university. It was because of a couple of great teachers in high school that I really developed a passion for science,” she said. “Having encouraging teachers can make a huge difference.”

Brock Math and Science Dean Ejaz Ahmed said it is “commendable that Liette has dedicated her vast knowledge to spreading science to new audiences.”

“Her ability to inspire and inform our next generation of scientists is invaluable to the Brock community and beyond.”