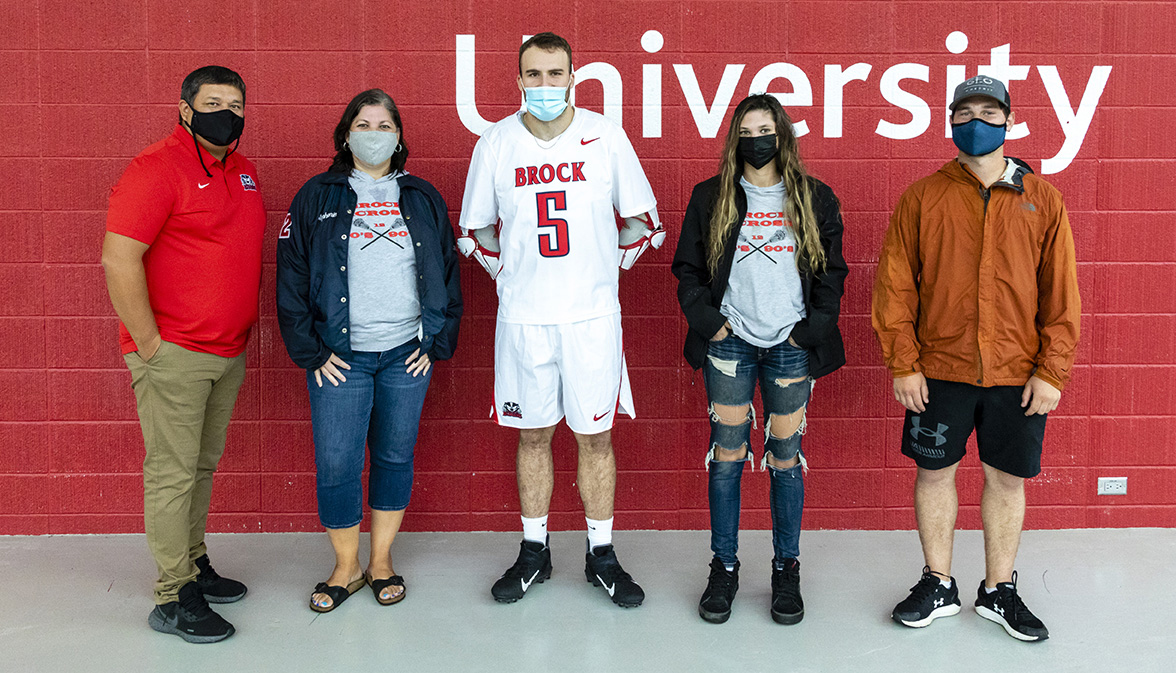 The story of Brock graduate Paul Miller (BSc ’90) made international headlines in July 2018 when he disappeared on a solo hike in Southern California’s Joshua Tree National Park while on vacation with his wife Stephanie Miller (BRLS ’92).

A few years after Paul’s mysterious disappearance, which ended in his death, Stephanie hopes her husband’s memory and his love for lacrosse will live on through the newly established Paul Miller Lacrosse Award at Brock University.

Lacrosse was a big part of Paul’s life. While taking courses to complete a Bachelor of Science in Physical Geography and Urban and Environmental Studies, Paul was a midfielder with the 1986 Brock Badgers men’s lacrosse team. The team was a lacrosse powerhouse — winning every regular season game that year and continuing on to win the Canadian University Field Lacrosse Association’s Baggataway Cup. 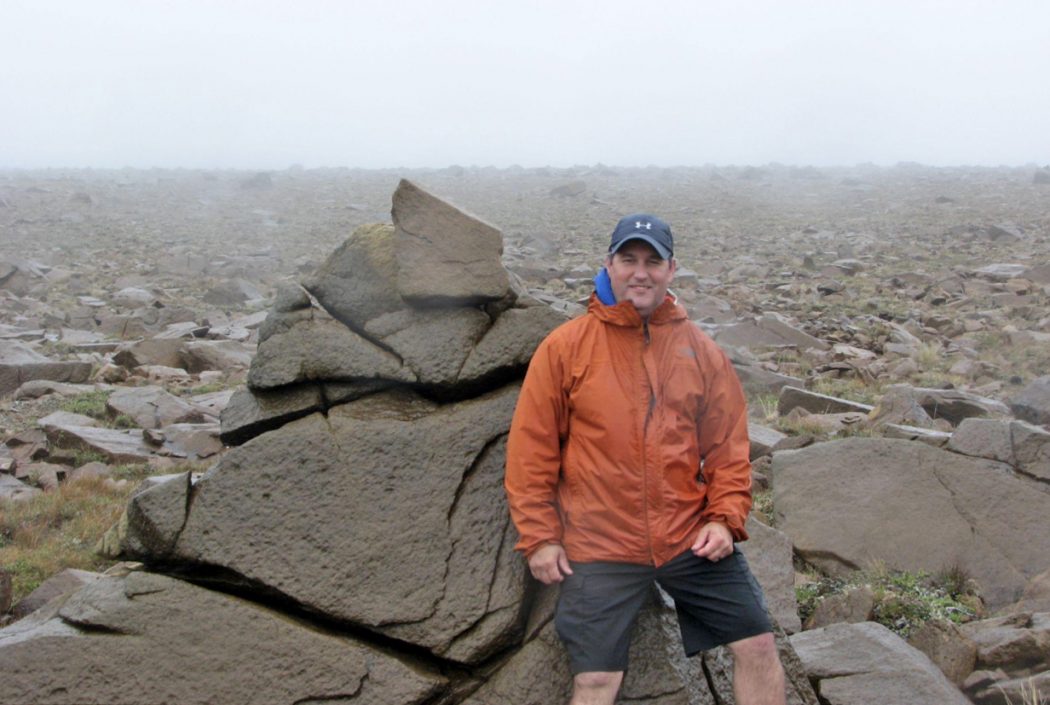 Paul’s friend and former teammate Clark McDougall (BA ’91) said although Paul was one of the smallest players on the field, he was one of the toughest.

“He would do anything to get that ball, come up with it and make a play,” McDougall said. “Whether it was making a big hit or working in the dirty areas of the field, he was our guy.”

Paul and his teammates were a tight-knit group who kept in touch, even after they graduated. They went to each other’s weddings, played together in a men’s travel lacrosse league and attended the Brock Badgers lacrosse team’s 30th anniversary reunion at Brock Homecoming in 2017.

The fall after Paul went missing, a group of his teammates banded together in an effort to raise awareness. They attended a Brock Badgers lacrosse game, during which the players wore stickers on their helmets of Paul’s jersey number, 12, and #FPM (Find Paul Miller). The following lacrosse season, 15 months after Paul went missing, the group got together a second time to watch the Badgers at home, this time in larger numbers and all wearing Brock lacrosse hoodies in memory of Paul.

After Paul’s remains were found in December 2019 — 18 months after he disappeared — Stephanie invited Paul’s friends, family and teammates to donate to a lacrosse scholarship fund she planned to establish in memory of him. 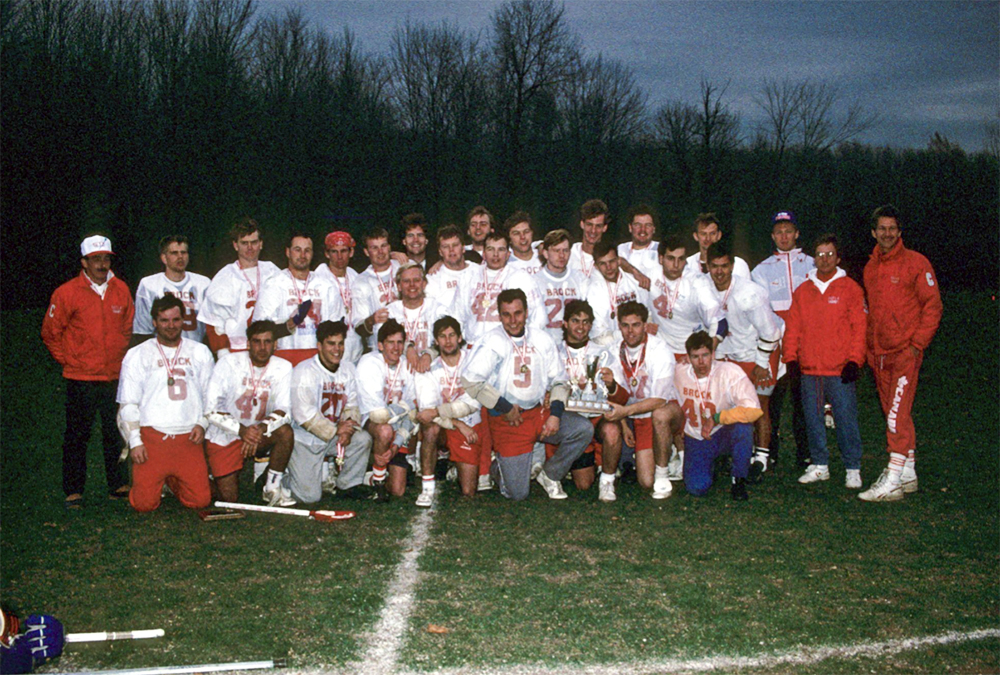 Paul Miller (BSc ’90) was a midfielder with the 1986 Brock Badgers men’s lacrosse team.

Stephanie topped up memorial gifts with a personal donation to create The Paul Miller Lacrosse Award, which supports a student-athlete at Brock who is a member of the men’s lacrosse team.

She said establishing an award that helps a Brock student-athlete was a fitting way to leave a legacy.

“Sports has always been a really big part of who Paul was,” she said. “After university, Paul played and coached lacrosse, baseball and hockey. He also kept busy coaching our two children’s sports teams. If they played it, he coached it.”

She said education was also important to Paul and that Brock holds special meaning to both of them because that’s where they met.

“It means a lot (to receive the award),” Pace said. “I was here at Brock when we were conducting the ‘Find Paul Miller’ search campaign. I know the meaning this award carries with it. He’s an alumnus, so to be the first recipient of an award in his name is a huge honour.” 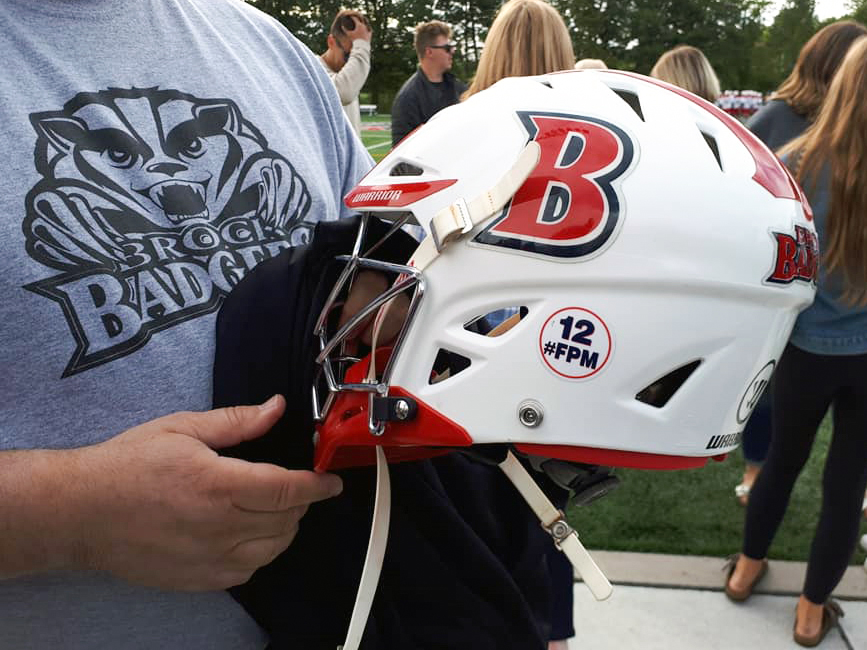 The fall after Paul Miller (BSc ’90) went missing, a group of his teammates attended a Brock Badgers lacrosse game, during which the players wore stickers on their helmets with Paul’s jersey number, 12, and #FPM (Find Paul Miller).

Stephanie said as Brock graduates, she and Paul always wanted to give back to the University.

“If the award can give a student an extra boost so they can focus on school and sports and not have to worry about working a part-time job, it makes a big difference,” she said.

“I just want some good to come out of something terrible. Whether that’s helping one student for five years, or hopefully more students with additional donations, I just want to help.”

Additional donations are invited to continue the award and support additional student-athletes. To contribute to the award fund, visit brocku.ca/donate 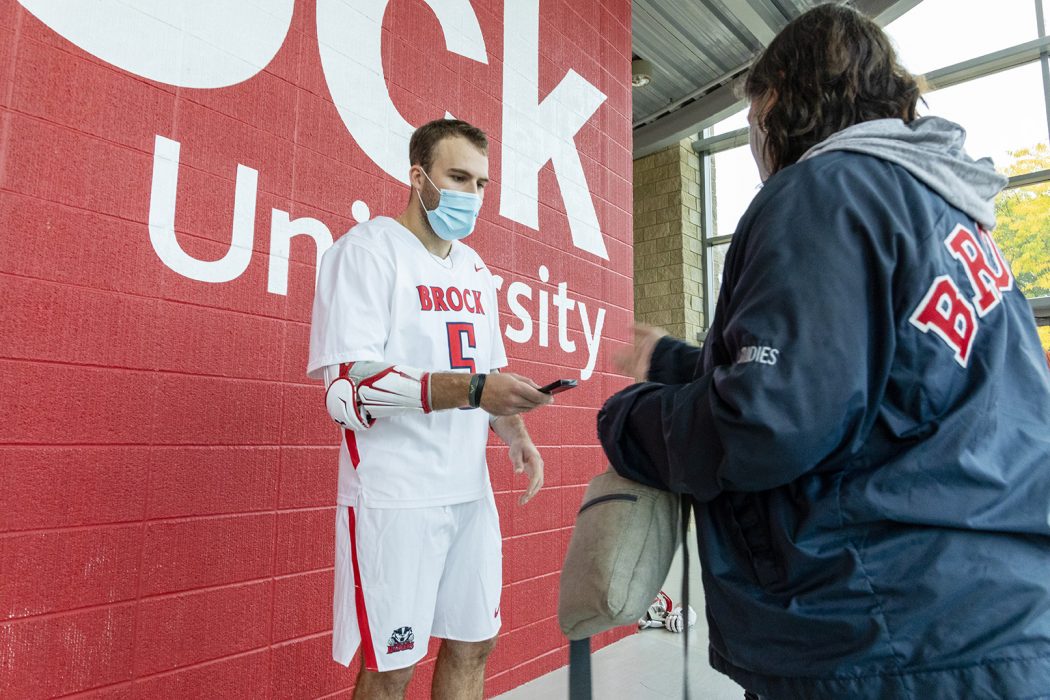 Stephanie Miller, right, hands Alex Pace of the men’s lacrosse team a memento in memory of her husband Paul Miller.