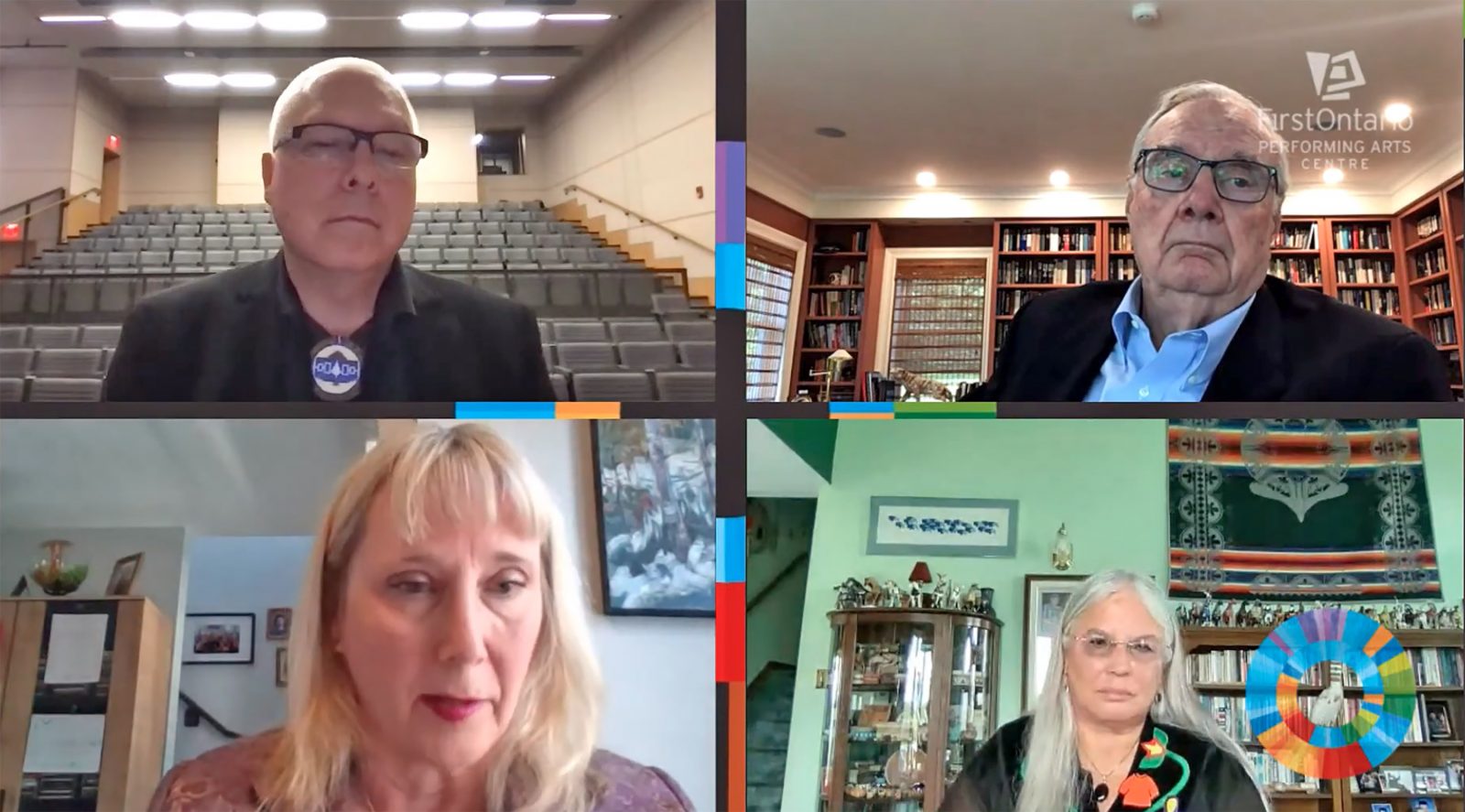 Brock University Interim President Lynn Wells was honoured to be a part of a recent community conversation that examined the work that has been done, and has yet to be done, to advance reconciliation with Indigenous communities.

As one of three panelists at the Six Years Hence event, Wells joined Ava Hill, Elected Chief of the 56th and 57th Six Nations Elected Council, and former Canadian Prime Minister Paul Martin for the discussion, which was hosted by Celebration of Nations on Saturday, Sept. 11.

Prior to her time at Brock, Wells spent several years working with Indigenous communities as the Provost and Vice-President, Academic, and Acting President at the First Nations University of Canada in Regina. After taking on the role of Interim President at Brock in July, she reaffirmed that one of her top priorities remained supporting the development of more Indigenous programming, services, research and community engagement through the University.

“The panel provided an opportunity to reflect on the progress that has been made in implementing the Calls to Action from the Truth and Reconciliation report over the past six years, and to highlight the many areas where work remains to be done to redress the injustices experienced by Indigenous Canadians,” Wells said. “One of the focal points was the importance of education to reconciliation, both for Indigenous people through access to high-quality schools and post-secondary institutions, and for non-Indigenous Canadians who need to learn more about the history of the residential school system, the impacts of colonization and racism, and the ongoing issues around child custody.

“Brock University is committed to supporting access to post-secondary learning for Indigenous students, expanding our programming and research around Indigenous knowledge and creating an environment of mutual respect and understanding,” she said.

Six Years Hence was one in a series of in-person and livestreamed events, concerts, workshops and teachings that were part of the fifth annual Celebration of Nations. Niagara’s annual Indigenous arts gathering, which celebrates creativity, diversity and resilience, was held from Friday, Sept. 10 to Sunday, Sept. 12.

The full panel discussion can be viewed below.