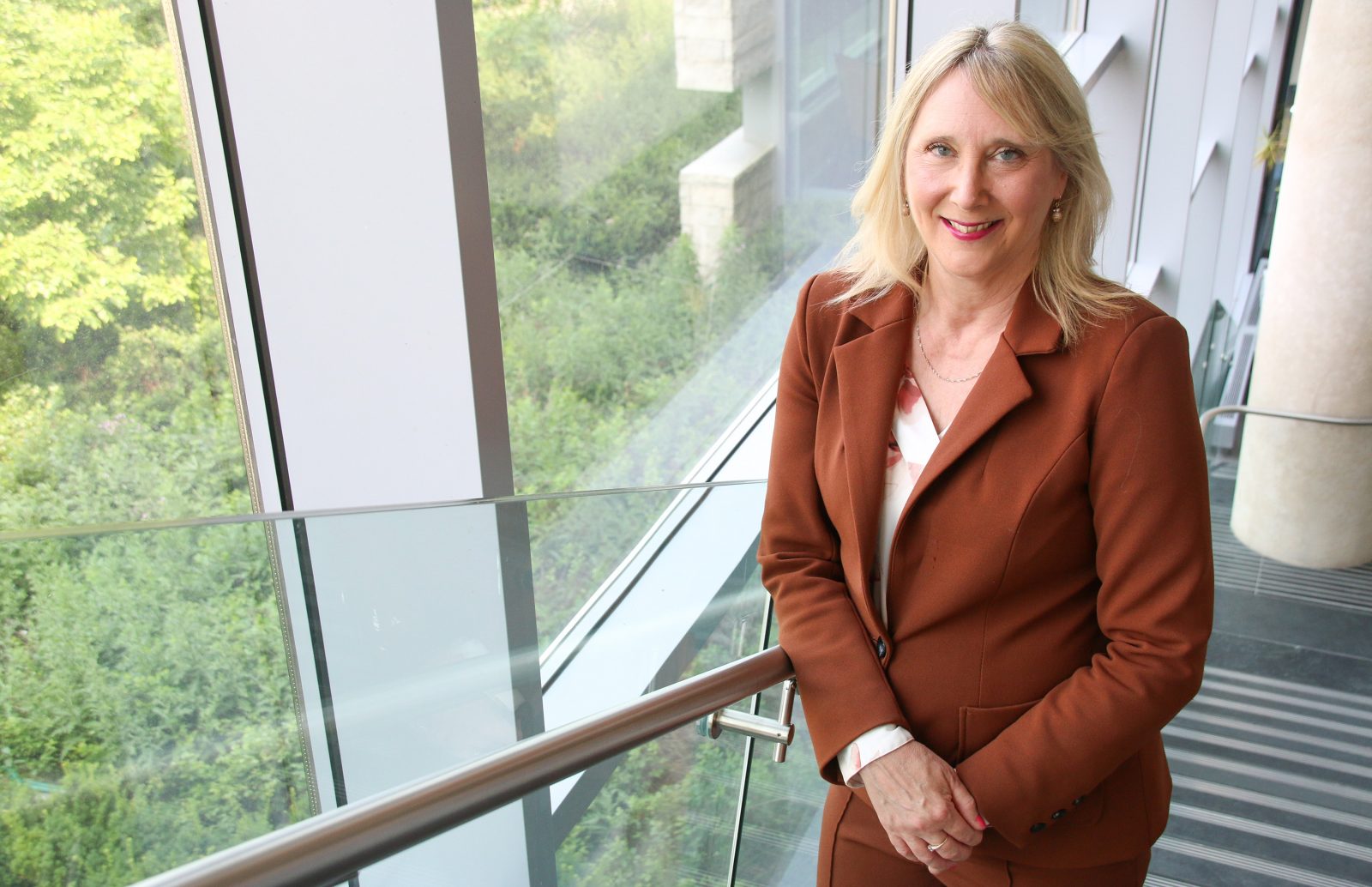 Lynn Wells is eager to dig in and get to work.

Brock’s new Interim President learned the lay of the land as the University’s Provost and Vice-President, Academic, and plans to waste no time as she takes on the new leadership role, which began July 1.

With the departure of Gervan Fearon, the Board of Trustees appointed Wells as Interim President and Vice-Chancellor for a period of up to two years while a search for a successor is completed. She will continue as Provost as well during this time.

“President Fearon left us with a great legacy and lots of positive momentum,” Wells says. “He has seen us through not only this very difficult year with COVID, but also a challenging time the year before with the reduction and freeze of provincial tuition rates. Most importantly, he has left us with our Institutional Strategic Plan, which provides a strong foundation to build on, and a talented team to work with.”

The accomplished scholar and academic leader stressed that while she is now at Brock’s helm, it will be through the collective efforts of senior administration, faculty and staff from across the University that Brock will continue to thrive.

“We’re making tremendous progress,” she says, “and we need to keep that momentum going.”

Wells, who first joined the University in July 2020, says Brock is on track for an “exciting couple of years,” with plans to relocate its Hamilton campus to Burlington, development of the University’s Engineering programs, expansion of continuing education and the arrival of the Niagara 2022 Canada Summer Games.

But at the forefront, as planning continues for a significant return to campus this fall, the safety of students, faculty and staff remains the University’s top priority.

“We’re figuring out what that ‘new normal’ is in terms of hybrid learning and teaching, research being conducted in new ways and work-from-home arrangements being made,” Wells says. “I think people are eager to get back onto campus and to resume those relationships that have been difficult over the past 16 months, and we’re doing what we can to welcome them back safely.”

Brock will also focus on re-engaging with the community and working to be part of Niagara’s pandemic recovery, Wells says.

“That’s part of Brock’s identity. It is a university that’s deeply connected to the community around it,” she says. “The community supports Brock, and we want to be there to show that same support as we all learn to re-engage socially and economically in a new way after the worst of the pandemic is over.”

“We’re working to expand the Tecumseh Centre and to develop a new vision for an interdisciplinary approach that will be part of the fabric of Brock University as a whole,” Wells says. “Brock’s Faculty of Education has been a leader in this area for many years, but now we’re working with the Aboriginal Education Council and Two Row Council to expand that vision on an institutional level, and that involves a lot of community consultation.

“Given the tragic events over the past few weeks with discoveries tied to Canada’s residential school system, it’s even more important for Brock to step up and show its commitment to the Indigenous people of this country,” she says.

Wells spent several years of her career working with Indigenous communities as the Provost and Vice-President, Academic, and Acting President at the First Nations University of Canada in Regina. Prior to joining Brock, she also served as the Associate Vice-President, Students and Teaching at MacEwan University in Edmonton.

While she recognizes it will not be an easy task to simultaneously take on two of Brock’s most prominent positions, it’s a challenge Wells is ready to embrace.

“I’ve had other experiences in my professional life where I’ve held two roles at the same time. You just have to keep very organized, keep very clear boundaries between the two kinds of work, delegate effectively and communicate well,” she says. “I’m always running at full speed and that will continue, but I’ve got a lot of great people running alongside me. That’s all we need to keep going and to succeed.”