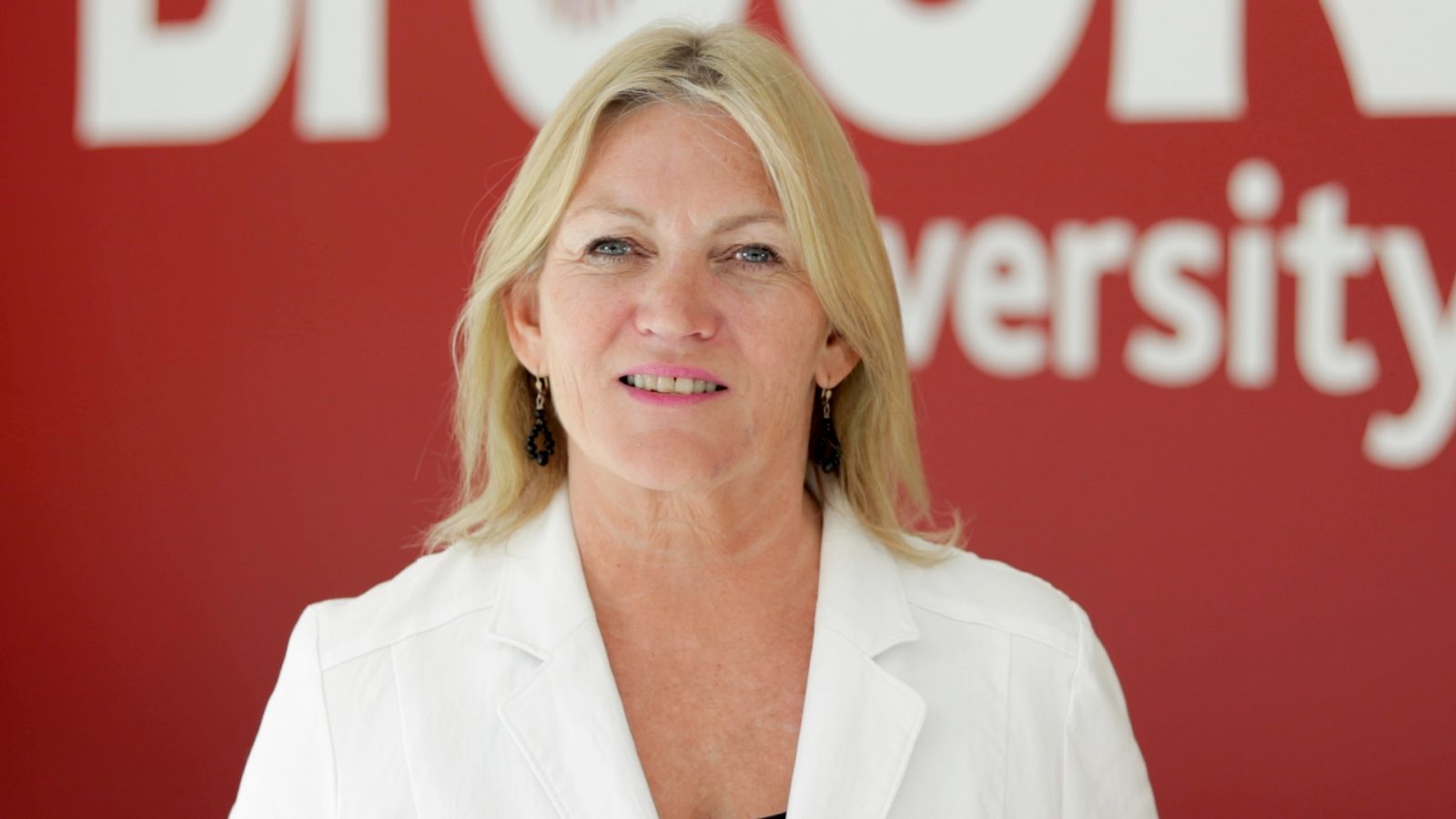 In her nearly 27 years of working at Brock University, Faculty of Social Sciences Dean Ingrid Makus has found many ways to leave her mark on future students, staff and faculty colleagues.

In May, Makus was awarded the Angela Hildyard Recognition Award for Influential Leaders by the Senior Women Academic Administrators of Canada (SWAAC).

The award recognizes an influential and emerging leader who has continually demonstrated innovative and impactful leadership in advancing the mission of, and achieving outstanding contributions to, their home institution.

Makus’ colleagues nominated her for doing exactly that, and even in winning the award, she used the opportunity to give back.

Makus has directed the monetary portion of her Angela Hildyard Recognition Award to create a student financial award at Brock, and enhanced it with a personal contribution of her own.

Named the Women in Leadership Fund, the scholarship will be awarded to an enrolled undergraduate student in the Faculty of Social Sciences who demonstrates academic excellence and a high degree of leadership.

Reflecting on her decision to create the fund, Makus believes that finding new ways to support female leaders, both formally and informally, is one of the many ways Brock is supporting positive change.

“When you think about the role of universities as public institutions and the impact they can have on improving and changing people’s lives, I think it’s vital that we do everything we can to promote and encourage representative leadership,” Makus said.

Sonia Dupte, Director, Development and Stewardship, Advancement and External Relations, said Makus is a good example of the culture of philanthropy the University is proud to see amongst its staff and faculty.

“Through her teachings, actions and now through this fund, there is no doubt Ingrid Makus leads by example,” said Dupte. “She exemplifies the kind of teacher, leader and faculty that Brock is so lucky to be home to.”

On Thursday, Aug. 12 Makus is moderating the virtual event #ChooseToChallenge, where she’ll host Deborah Rosati, a valued corporate leader and Founder and CEO of Women Get on Board. Registrants will join a conversation on finding their voice through purpose, presence, passion and power.

Registration for the event is open on the Brock Alumni and Donor Relations website.