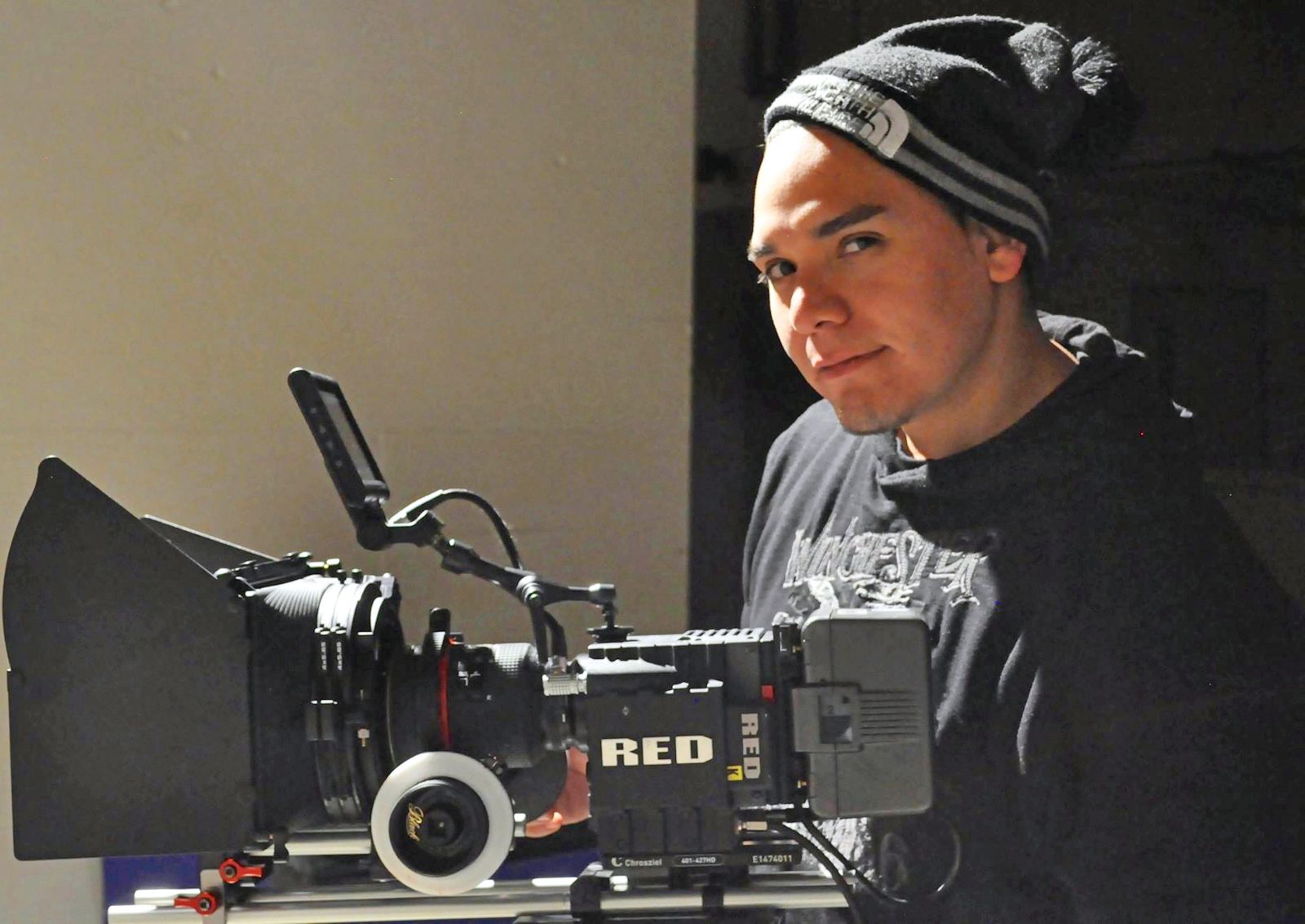 Nicholas Printup is one of four artists who won a competition to share Indigenous knowledge by creating new virtual reality experiences for ORIGIN, an Indigenous-owned tech-based enterprise.

Nicholas Printup (BA ’21) wants to show the world that lacrosse is more than a sport, it’s a way of life.

And the award-winning filmmaker and recent Brock graduate will have the chance to do just that after winning a national contest meant to showcase Indigenous knowledge and stories through virtual reality (VR) experiences.

Printup is one of four winners of the Share Your Roots Virtual Reality Competition, which was created by ORIGIN, an Indigenous-owned tech-based enterprise, and co-sponsored by Uber and the Canadian Council for Aboriginal Business.

The contest will provide funding to produce the four winning virtual reality experiences. When the VR content is completed, it will be included in ORIGIN’s ImmersiveLink Library, which can be accessed by schools across the country.

“I saw an ad for the competition on social media and was instantly intrigued by the concept of filming a 360-degree virtual reality video,” Printup says. “It is a relatively new form of popular media that is gaining a lot of mainstream traction, and I thought it presented a great opportunity for me to further develop my film skill set and working knowledge.”

Printup became one of 15 semifinalists in the competition this spring, right around the time that his first child was born. The public then voted on the projects to help guide the judges, who selected four recipients of a production prize pack valued at $35,000.

The crew and funding supplied by ORIGIN will enable Printup to create the VR experience and turn his vision into a reality — or, as he points out, a virtual reality.

“My perspective was 100 per cent influenced by VR gaming, and I thought that lacrosse would make for a great cultural learning experience that would meet exactly what the competition was looking for,” Printup says. “I also knew that I could make this idea a reality because of the extensive amount of lacrosse-oriented resources I have access to within my circle of family and friends.”

Printup is of Onondaga and Algonquin descent, a member of the beaver clan with maternal roots in Ohsweken (Six Nations of the Grand River), and a registered member of the Kitigan Zibi Anishinabeg First Nation.

“Culturally, the story of lacrosse can be told in many different ways, so there is an adaptability in having the story take shape,” Printup says. “As Haudenosaunee people, we have shared this sport with the world, and now it’s time we share its true story and cultural relevance.”

This isn’t the first time Printup’s creativity, vision and talent have been recognized.

His film, Our Sisters In Spirit, was an Official Selection for the Children’s Rights Film Festival in Beirut in 2019 and played at festivals in Ottawa, Montreal, Chicago and Kyiv, Ukraine. In 2020, he was a semifinalist for the 2020 Canada Games Medal Design competition — the only student and the only Indigenous designer to advance to that level. He also produced the winning design for the Toronto Indigenous Film Collective Logo in 2020. Last month, he was nominated for a Niagara Impact Award.

Meanwhile, Printup completed his bachelor’s degree in Media and Communication Studies in Brock’s Department of Communication, Popular Culture and Film. During his studies, he became the first Indigenous recipient of the Lou Cahill Scholarship in 2020 and the second Indigenous recipient of the President’s Surgite Award in 2021. He also received Aboriginal Achievement Awards in 2019 and 2021.

Although Printup will be busy with a new multimedia production job with the federal government and spending time with his family, he’s eager to get started on filming. With COVID-19 restrictions on productions difficult to predict, he anticipates there may be challenges, but he’s ready to take them on.

“I have no specific deadline for the VR project, but we want to have filming wrapped before winter,” Printup says. “I do have an extremely busy summer ahead and I would not have it any other way. I am quite fortunate and grateful all my hard work has paid off.”

Printup is no stranger to balancing work, life and his artistic endeavours and says he has learned a lot about managing priorities over the past few years.

“In this last year at Brock, I was heavily involved with committees and various events, working two jobs, and all the while being a full-time student with a baby on the way during a pandemic,” he says. “That was difficult. I think this new challenge will be fun, and I’m looking forward to it.”

Part of the excitement around the project is the fact that Printup’s friends and family will play an integral part of the project as it unfolds.

“It was my initial intent when entering this competition to keep it 100 per cent community-oriented, and nothing has changed in that regard,” Printup says. “Niagara is home to many great lacrosse players, families and cultural knowledge keepers and I want them all to be a part of this in some way.”

Printup also says that despite having so many exciting opportunities present themselves since graduation, he will miss being at Brock.

“I will miss working with the Student Justice Centre and the President’s Advisory Committee on Human Rights, Equity and Decolonization,” he says. “The decolonization working group really made me feel like I was helping to make a difference for both the Indigenous and non-Indigenous populations at Brock.”

Printup adds that he has been grateful for the compassion and understanding of his professors throughout the pandemic, and for leadership from Indigenous women at the University, which has had a huge impact on him over the years.

“There is such a strong, resilient and powerful Indigenous matriarchy at the helm of Indigeneity at Brock with positive changemakers like Dr. Robyn Bourgeois, Acting Vice-Provost, Indigenous Engagement, instructor Lyn Trudeau and Sandra Wong, Director of Aboriginal Student Services,” Printup says. “I look up to them and I will miss working with them, trying to make Brock a better institution.”