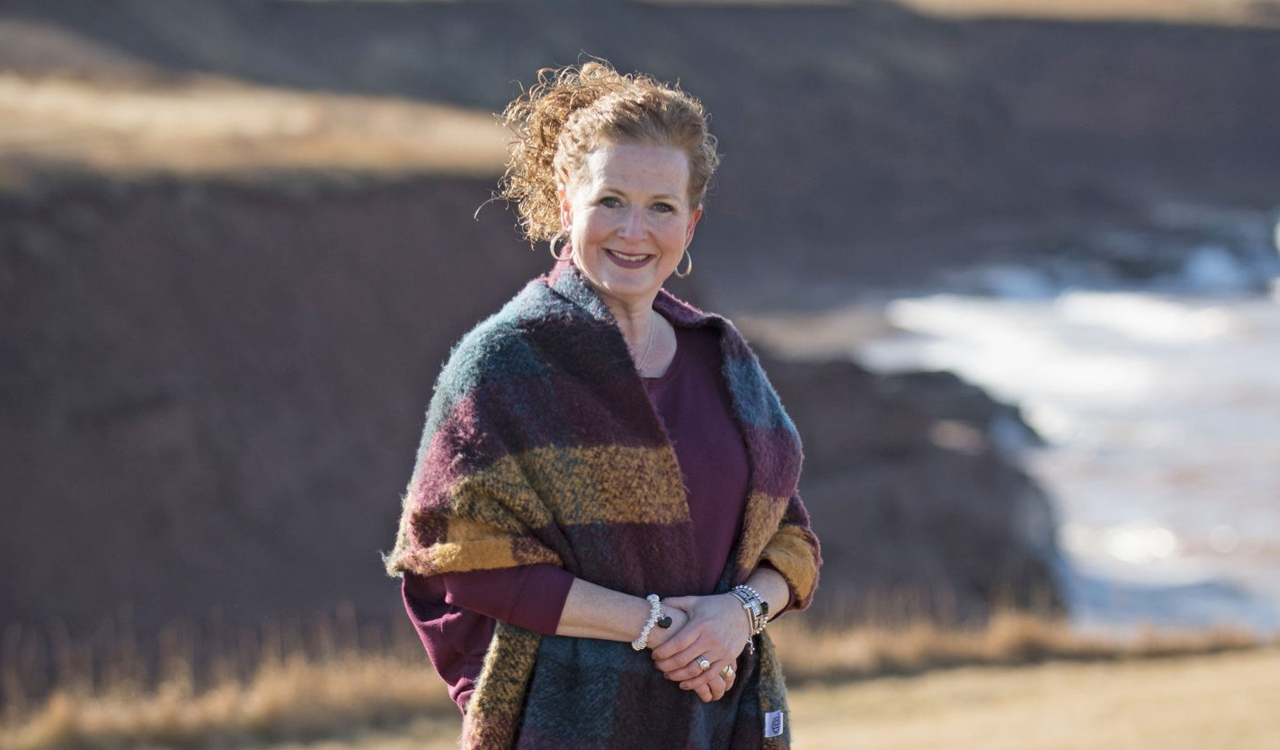 From her hometown in Burton, P.E.I., to her studies in Alberta and now her work in Ontario, Brock Associate Professor of Educational Studies Shelley Griffin has followed her passion for music education. (Photo courtesy of Ellagant Photography)

Music is in Shelley Griffin’s bones.

When she was five, she started step-dancing lessons. The following year, she discovered her love for piano. As she grew, so did her passion.

“I can’t remember a time when I was not making music,” says the Brock Associate Professor of Educational Studies, who focuses on Elementary Music Education.

Griffin has dedicated her life to helping the next generation of teachers infuse music into their classrooms. She hopes to offer the same inspiration to her students that she received from her own professors years ago.

It was during her third year of university in an Elementary Music Education Methods course — a class she teaches at Brock today — that Griffin fell in love with teaching music to children in a classroom context.

“I thoroughly enjoyed the music teaching practicum placements in classrooms, which led me to acquiring my teaching certification,” she says of her time at the University of Prince Edward Island (UPEI), where she simultaneously studied piano performance, flute — another talent she developed in grade school — and music teacher education.

During her time at UPEI, Griffin found herself inspired by Professor Betty Anne Younker, who taught the Elementary Music Education Methods course at the time.

“Her demonstration of passion for music education, alongside her belief and confidence in my success, was paramount in my further pursuit of elementary music,” Griffin says.

Upon earning her undergraduate degree at age 21, Griffin was immediately offered a position teaching music to students in Grades 1 to 9 at two schools in her home province of P.E.I.

But after a few years, her desire to enhance her teaching practice drew her to Edmonton to complete her Master of Education under Professor Amanda Montgomery at the University of Alberta. This later led to an opportunity to teach in the University of Prince Edward Island’s Music program.

“That’s where my love for working with university students was born,” Griffin says, adding it prompted her to again return to the University of Alberta, this time to complete her PhD.

Following her studies, Griffin was offered her appointment at Brock, where she has worked since January 2007.

She calls it a “great privilege” to work with teacher candidates and graduate students to “conceptualize and construct meaning regarding the pedagogical aspects of teaching music to elementary children.”

“In my university teaching, it has been a foundational goal to help teacher candidates begin to think about the importance of situating children’s musical learning within the larger context of elementary education,” she says.

Griffin says she places “high value on exemplifying passion for music education and the importance of teacher engagement.”

“I regularly challenge teacher candidates to think about their own engagement; not only that of their students. Where are they in their teaching?” she says, adding it’s a reflective practice she also partakes in.

As a music educator, Griffin feels it is important to continue to enhance her teaching practice through making music. Since joining the University in 2007, she has been a member of the Avanti Chambers Singers, Brock’s Ensemble-in-Residence.

Despite any obstacles aspiring educators may face along the way, she urges them to press on in pursuit of their passion.

“In a time of teacher redundancy, cuts to programming and political challenges in education, I encourage beginning teachers to not be discouraged,” she says. “I advise: Cling to your roots, for they guide you, they inspire you and they keep you grounded, regardless of the conversation around you. You are an educator. Be an advocate for education in and across the arts. You play an incredibly important role in the lives of others.”

Along with Griffin’s research focus in music teacher education, her current research explores the connections between trauma and music education as they relate to narrative inquiry research design.

After successfully co-chairing and co-hosting the seventh International Conference on Narrative Inquiry in Music Education last fall, Griffin and Nasim Niknafs, Associate Professor of Music Education at University of Toronto, are co-editing a collection of chapters on the topic written by international scholars.

Griffin is excited that this work pioneers the merge between narrative inquiry in music education and the emerging field of trauma and music education.

“Such visibility is vital to bringing these topics to surface, in order to thoughtfully and critically engage with these multi-faceted and complex issues in the field,” she says.