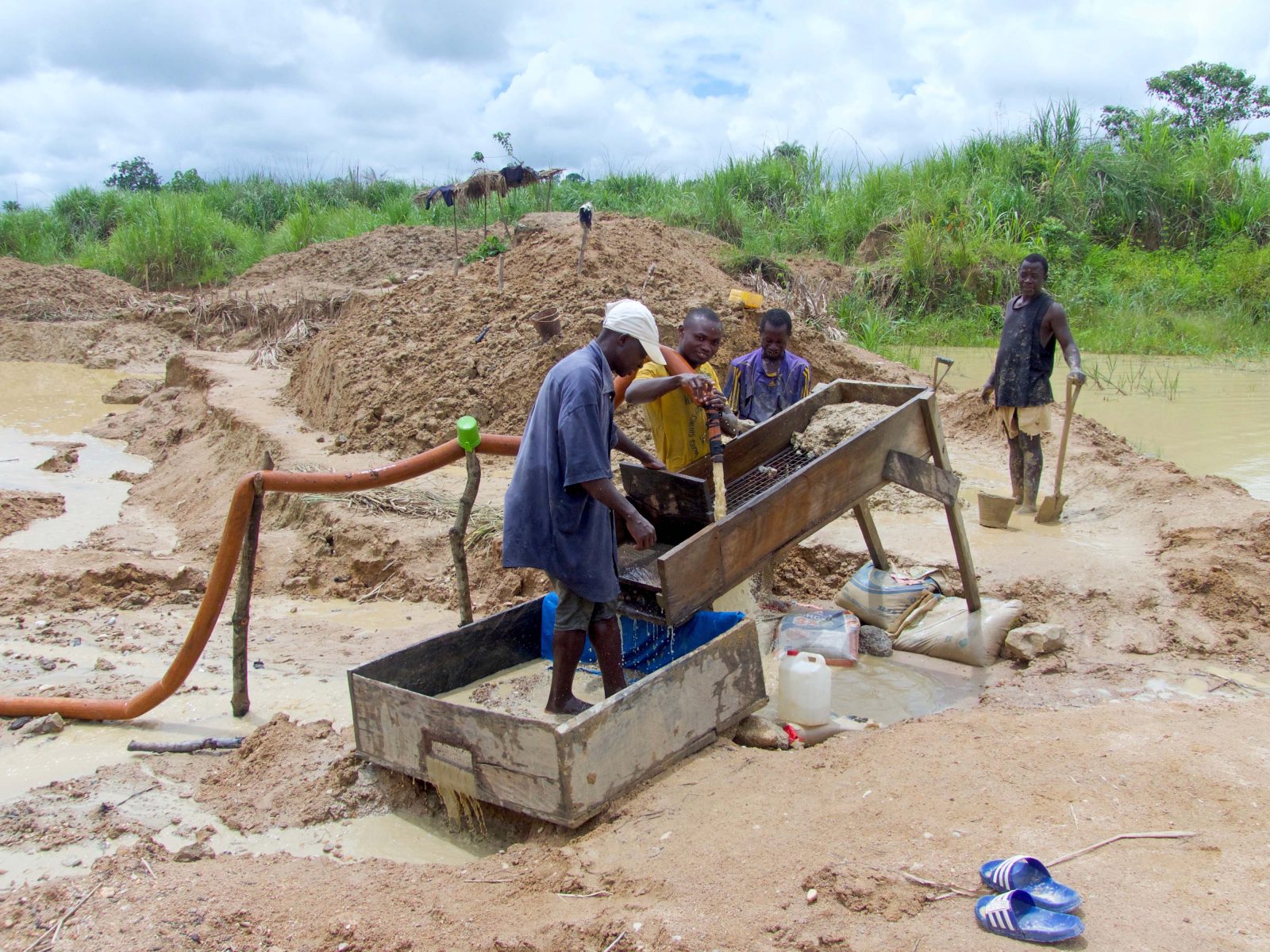 Workers sift for precious metals and minerals at a mine in the Democratic Republic of Congo.

Cheap in the short term can lead to expensive in the long term, especially for companies that source minerals mined in conflict zones, a Brock research team has found.

Take the Democratic Republic of Congo (DRC), a country in central Africa whose raw minerals are estimated to be worth more than $29.5 trillion. Yet, beset by decades of warfare and gross human rights violations, DRC ranks among the world’s poorest nations.

Companies that purchase the so-called ‘3TGs’ — tin, tungsten, tantalum and gold — mined from DRC can pay three times less for these minerals than those purchased elsewhere, says Professor of Accounting Fayez Elayan.

3TG minerals are vital for the production of a huge array of items including cellphones, computers, televisions, paint, laboratory equipment, cars and jewelry, among many others.

But with the enactment of transparency legislation in the U.S., such practices often cost the company much more down the road, Elayan said.

Section 1502, passed in 2010, makes it mandatory for U.S. public companies to disclose their use of 3TG minerals in their products and determine whether they are obtained in an ethical manner.

In the case of DRC, the extraction of 3TGs and other minerals involves such abuses as child labour, sexual assaults, little or no safety equipment, poor pay, harassment of workers, forced labour, mass murder and forced relocation of communities.

Proceeds from the mining business finance rebel groups that have been waging war for more than two decades, killing more than five million people in the process.

In their study, Elayan and his colleagues examined the files of 3,639 U.S. registrants from Jan. 1, 2008 to Sept. 30, 2014 to determine the market’s reaction to companies’ disclosures concerning their sourcing of 3TG minerals originating from conflict zones.

The research team found the market reacted negatively to the disclosures, especially disclosures from companies outsourcing minerals from the DRC, other conflict zones and those involved in previous human rights violations.

“The market perceived that there are risks there: reputational risk, legal liability risk, sanction risk, boycott risk and operational risk,” Elayan said. “Given these risks associated with such disclosure, investors are going to change their mind about investing in such companies. Those companies lost value.”

But the reverse was also true, he noted.

“Which companies benefited from the disclosures? Those companies that took mitigation measures to overcome this problem,” he said.

Elayan referred to two examples of such measures. One is the Responsible Minerals Initiative (RMI), a 400-member organization that helps companies to responsibly source their minerals.

Another example is the technology company Intel’s Responsible Minerals Sourcing program, which aims to to ensure its supply chain does not source certain minerals from mines under the control of armed groups who exploit mine workers to fund crimes against humanity.

Elayan encourages investors, stakeholders and consumers to put their money into companies that don’t contribute to, or benefit from, human rights violations. He also exhorts companies sourcing minerals from the DRC and other conflict zones.

“For those companies, I would say: ‘Wake up. The movement is coming. Try to examine your business practices and if you find something that’s in violation, fix it before you face the consequences.’”