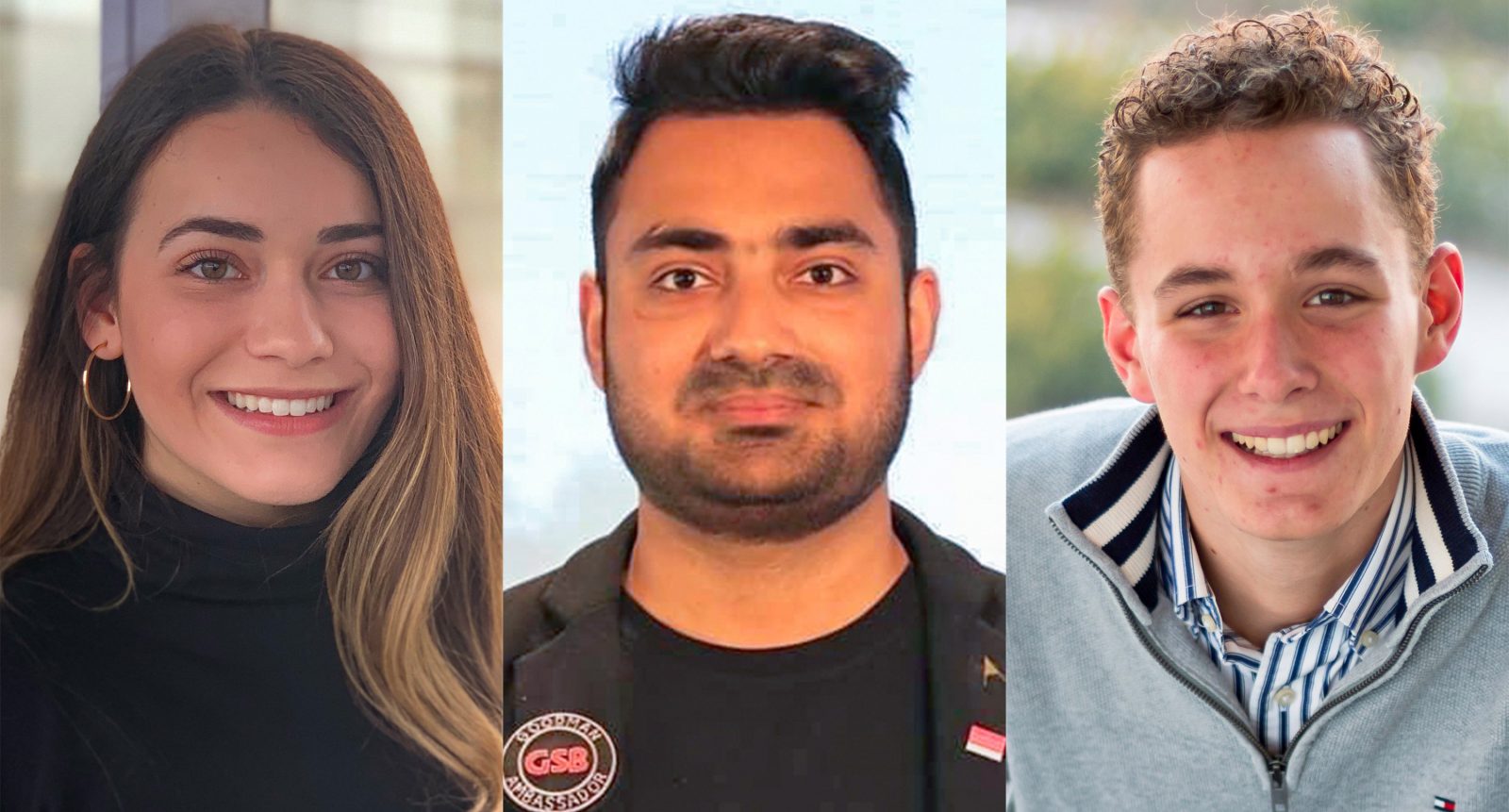 After knocking their co-op work terms and experiential education opportunities out of the park, a trio of outstanding Brock University students is being honoured for their efforts.

While the gala traditionally held annually to honour the award winners and recognize Brock’s community partners was halted due to the ongoing pandemic, an online celebration instead acknowledges the work they have put into the past year.

Profiles of the award winners were unveiled on Brock’s CCEE website Wednesday, March 24 as part of the national Co-op and Work-Integrated Learning Day celebrations.

The award was icing on the cake for Hashir, whose successful year, thanks to the help of the CCEE team, saw him transform a co-op position with Hydro One into a full-time career.

After completing the in-class portion of his studies, the 26-year-old Master of Business Administration student from Kolkata, India, began what he thought would be a set of four work terms with the company. However, his work ethic and commitment meant things were fast-tracked.

“I was supposed to do four terms, but was hired full time after one,” he said.

Having enrolled at Brock specifically for the co-op program, Hashir said his work term prepared him to succeed in the Canadian work environment.

Gritter has also secured a job with the support of Brock’s CCEE team.

After completing three work terms with RBC, the 21-year-old Computer Science student was hired on as a software developer with the bank, beginning after he graduates this spring.

Gritter believes he owes his success to co-op studies.

“Co-op helped me to direct what I wanted to do in my career while I was still at Brock,” he said. “It helped guide me to strategically figure out what courses I wanted to take and showed me that I preferred programming over business analytics.”

Along with the experience he gained during his work terms, Gritter was also thankful for the help the co-op team provided him to get his foot in the door.

“I didn’t do particularly well with job interviews and I struggled to keep my ideas concise,” he said. “The mock interviews with the co-op team were lifesavers for me. They helped me prepare for my interview and really polished my resumé to get the job I wanted.”

For Pagnotta, taking on several health-related experiential opportunities in her classes meant the chance to get ready for the next steps in her academic journey.

“I knew I wanted to gain hands-on experience in and out of the classroom to prepare me for further graduate studies,” said the fourth-year Applied Health Sciences student. “Engaging in experiential courses centred on improving health of local and global populations gave me the opportunity to learn about a field that I am passionate about, while working alongside faculty members.”

Pagnotta said the experiences were even more valuable during the uncertainty of the ongoing COVID-19 pandemic.

“I was not sure what experiential education would look like this year, but the efforts of the CCEE staff have been incredible,” she said. “They have offered so many amazing experiences, even in this virtual setting.”

Sandy Howe, Brock’s Associate Director of Experiential Education, said each of the award winners exemplify the commitment to hard work and hands-on learning the University’s students are known for.

“Whether they are going into the workforce or continuing their education in some way, the skills our students have learned as part of their co-op or experiential activities are life changing,” said Howe. “Along with the tireless efforts of our students and team, our faculty, employers and community partners play a pivotal role in helping our students to realize their potential.”

Gritter said he was “happy to represent Brock” as both an award winner and a soon-to-be graduate.

“Giving these awards out every year highlights what is possible and helps motivate us all,” he said.

The honour has inspired Hashir to continue his involvement with his alma mater.

“I’m over the moon, my family is happy and Hydro One is happy,” he said. “It gives me more motivation to continue giving back. I want to help other future graduates. I’m a proud Brock alumnus, and this makes me want to keep helping others.”