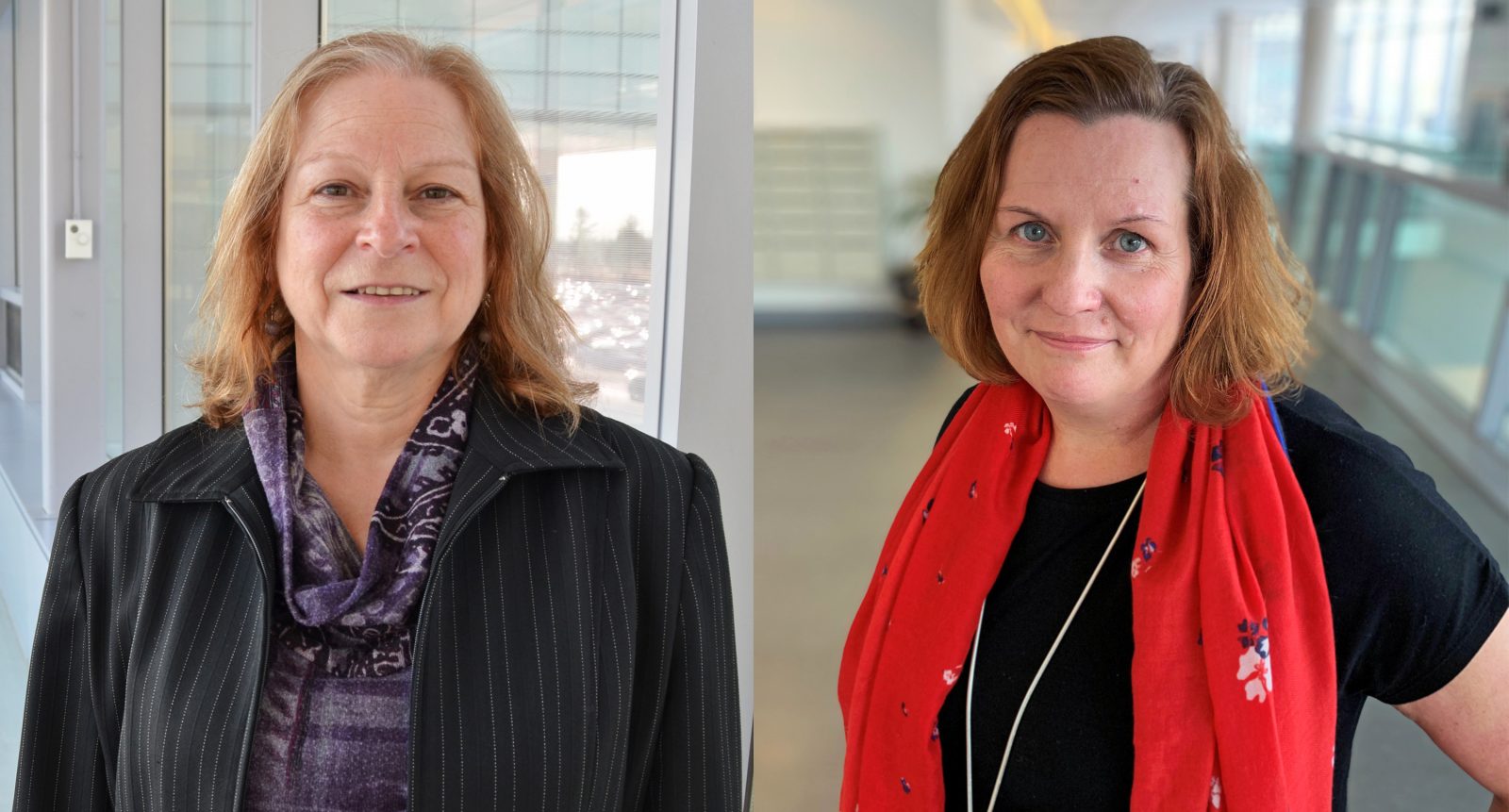 Biology Professor Liette Vasseur (left) and Biological Sciences Research Assistant Jocelyn Baker have written a study that explores the concept of knowledge mobilization, the process of getting research results and insights into the hands of non-academic stakeholders, media and the general public.

University researchers generate a wealth of information that could help people in many areas of their lives.

But much of that knowledge gets lost somewhere between the research body in the so-called ‘Ivory Tower,’ university communications departments and media outlets, says a new study by Brock researchers.

Co-authored by Professor of Biology Liette Vasseur and Biological Sciences Research Assistant Jocelyn Baker, the study explores the concept of ‘knowledge mobilization,’ the process of getting research results and insights into the hands of non-academic stakeholders, media and the general public.

“The futures of Knowledge Mobilization: Breaking down barriers to ensure productive exchanges across diverse audiences” presents considerations on how researchers, communications staff and media practitioners can make academic information accessible to the wider world.

“Knowledge mobilization is very important, especially in the era of fake news and misinformation,” says Vasseur, who is UNESCO Chair on Community Sustainability: From Local to Global.

“It’s very clear that our work cannot stay in the Ivory Tower,” she says. “It has to be used to serve communities and must be translated in ways that people can have access to that knowledge.”

It was in her capacity as UNESCO Chair that Vasseur co-wrote the study. The paper is part of a collection, Imagining the future of Knowledge Mobilization: Perspectives from UNESCO Chairs.

The Social Sciences and Humanities Research Council of Canada (SSHRC) and the Canadian Commission for UNESCO (CCUNESCO) had a call for proposals targeting the Canadian UNESCO Chairs and Vasseur and six other UNESCO chairs Chairs were invited to publish a series of articles on the future of knowledge mobilization.

For their study, Vasseur and Baker held discussions with university researchers, administrators, communications professionals, public relations experts and marketing staff as well as members of local and national print, online, radio and television media, who all contributed to the reflection paper.

The research subjects were asked to share obstacles they faced when getting their university’s research results distributed beyond the university or media practitioners’ challenges in reporting those results.

Key findings of the study include:

“The results of this study suggest disconnects among the researcher, communication experts and media in terms of understanding roles within the KMb (knowledge mobilization) spectrum,” says the report.

The study concludes with recommendations including: increase human and financial knowledge mobilization resource capacity at universities; implement training and networking opportunities among researchers, communication staff and the media to promote collaborations; and provide better support for media to provide timely and direct access to research expertise, efficient research dissemination and effective research translation.