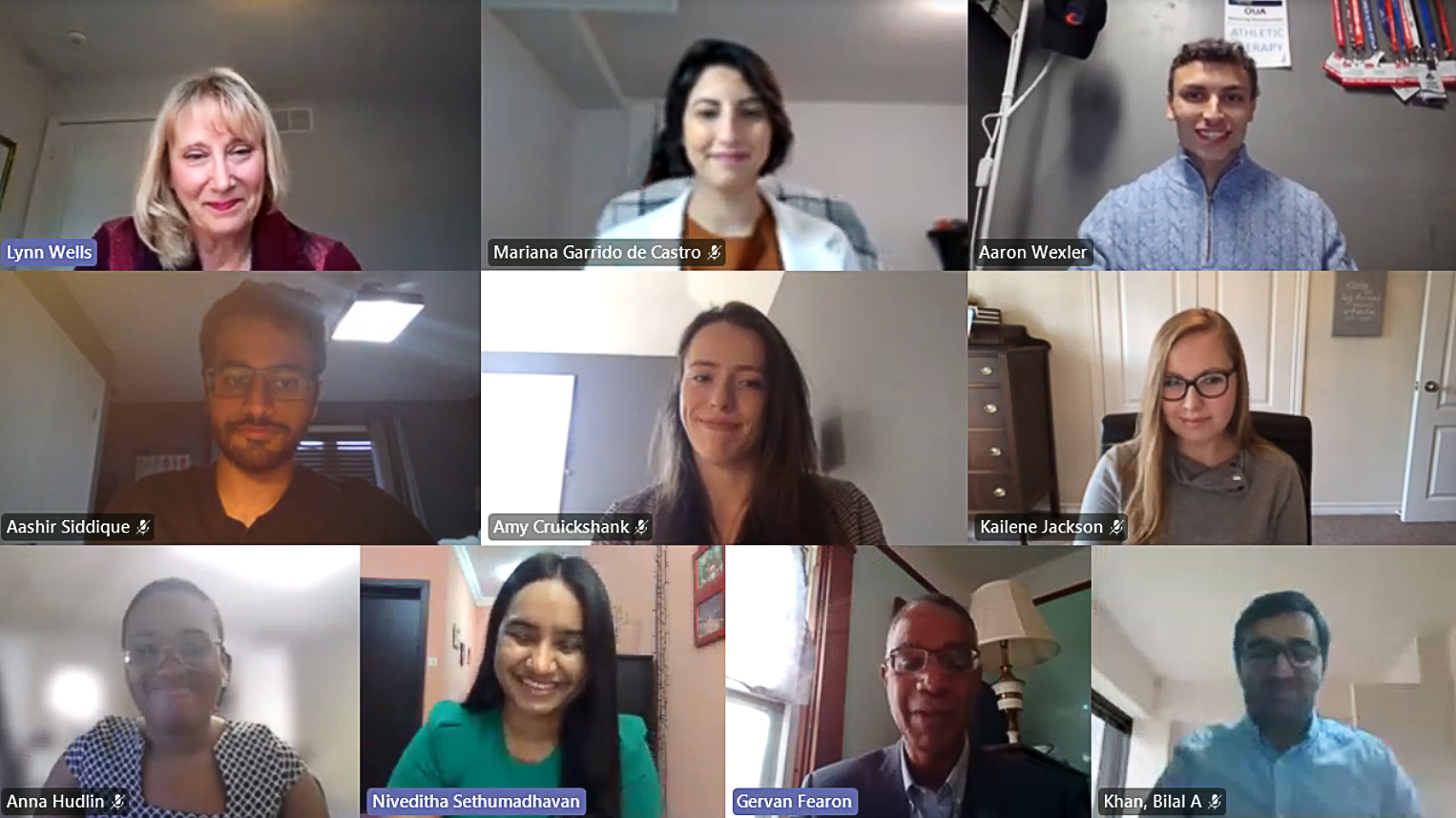 Brock’s 2019-2020 President’s Surgite Award winners met with President Gervan Fearon and Provost and Vice-President, Academic Lynn Wells in a pair of virtual meetings that took place in November and January.

Not even a pandemic could stop the celebration of student excellence at Brock University.

Traditionally, Brock’s annual President’s Surgite Awards have been presented each spring to student leaders who have made significant contributions to the University or wider community. However, due to the COVID-19 pandemic and public health guidelines that restricted in-person events, the 2020 winners were recognized virtually instead.

Despite the online format, Brock’s senior administration wanted to ensure the personal interactions with the winners — considered a highlight of the occasion — still took place. 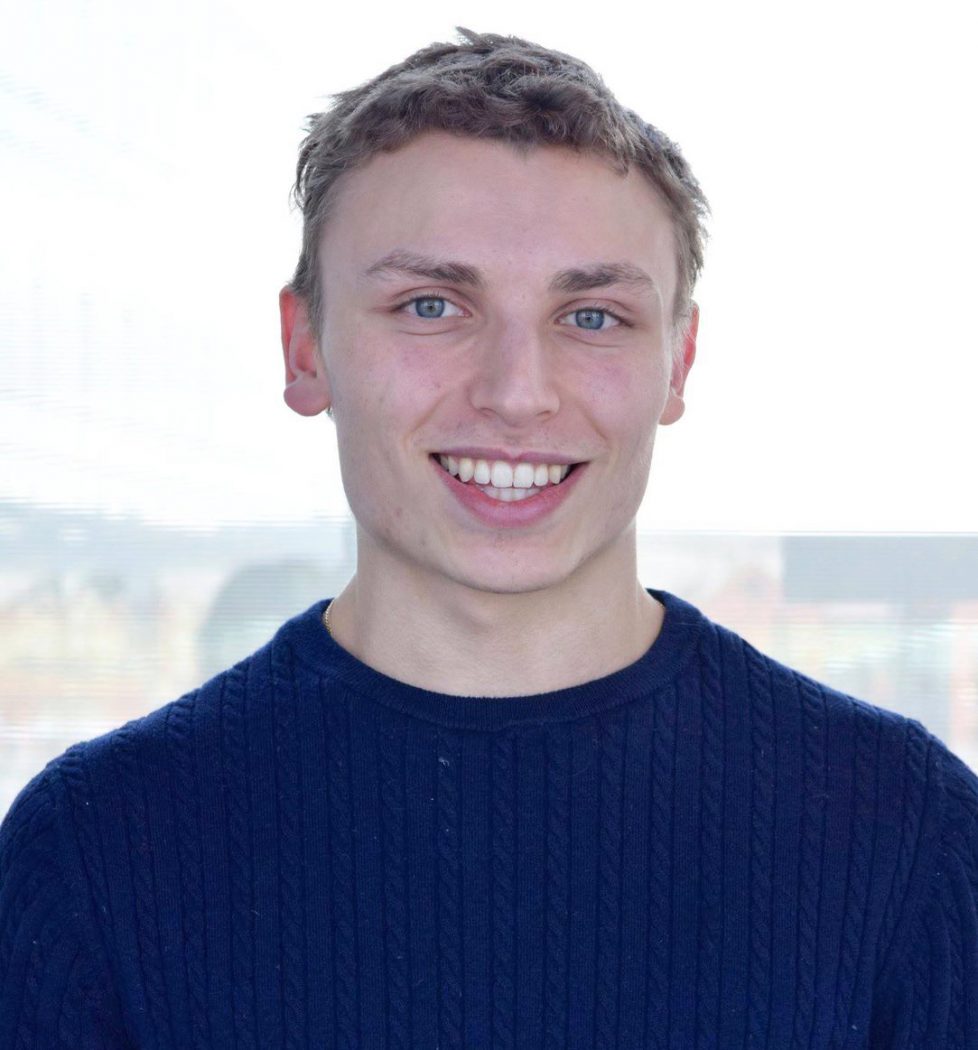 A pair of virtual meetings took place in November and January, allowing University Provost and Vice-President, Academic, Lynn Wells and President Gervan Fearon to engage with and honour the award recipients.

Wells said the meetings offered a chance to hear from some of the University’s most involved student leaders.

“Recipients of the Surgite Awards are some of Brock’s most involved, vibrant students, who are high-achieving academically but also role models for community engagement,” she said. “Their perspectives on the Brock experience are truly thoughtful and insightful, and I’ve been privileged to learn from them, especially in the challenging situation that we’re going through this year.”

“I appreciated the opportunity to communicate with the President and Provost who were very personable and genuinely interested in our academic and personal pursuits,” he said.

Wexler said the discussion brought up many of the same emotions he felt when he initially learned he was chosen for the honour.

“When I first received the email indicating I was a recipient of the award, I was ecstatic,” he said. “I felt like the countless hours I have invested into my program, Faculty and community were acknowledged from a Brock-wide standpoint. It was truly one of the best experiences of my undergraduate degree.” 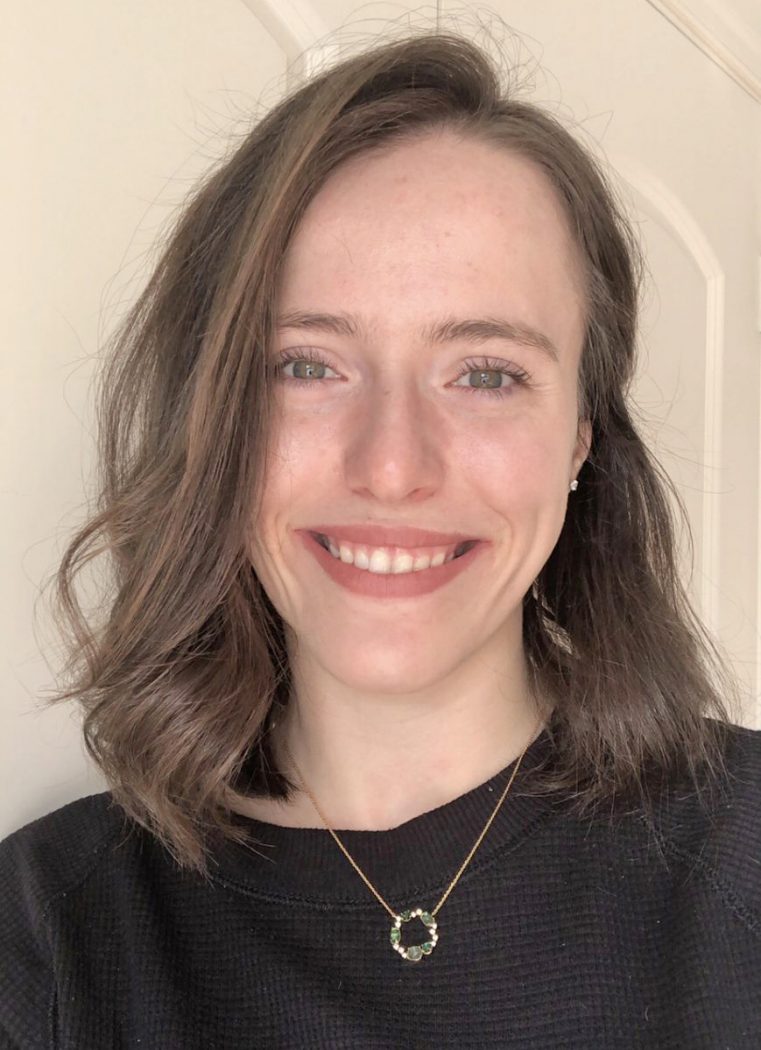 Master of Professional Kinesiology student Amy Cruickshank was one of 10 recipients of Brock’s 2019-2020 President’s Surgite Award.

Master of Kinesiology student Amy Cruickshank also appreciated the comprehensive nature of the award and the importance it placed on all facets of life at Brock.

“I was honoured to be acknowledged for the experiences I have been involved in at Brock University, but also outside of the academic environment as a volunteer in community settings,” she said. “It was these experiences volunteering that enhanced not only my professional, but also personal development and character.”

Most of all, the students appreciated the personal connection that came with celebrating their successes virtually with Wells and Fearon.

“Meeting with the President and Provost made me feel heard,” said Biological Sciences PhD student Mariana Garrido de Castro. “All the recipients contributed to the Brock community in different ways and the meeting showed us the appreciation of the President and the Provost for our efforts. It also showed me that they were not only willing to listen to us, but that they also valued our ideas and opinions.”

Fearon said taking the time to celebrate the achievements of students and to hear about their Brock experience is something he looks forward to. 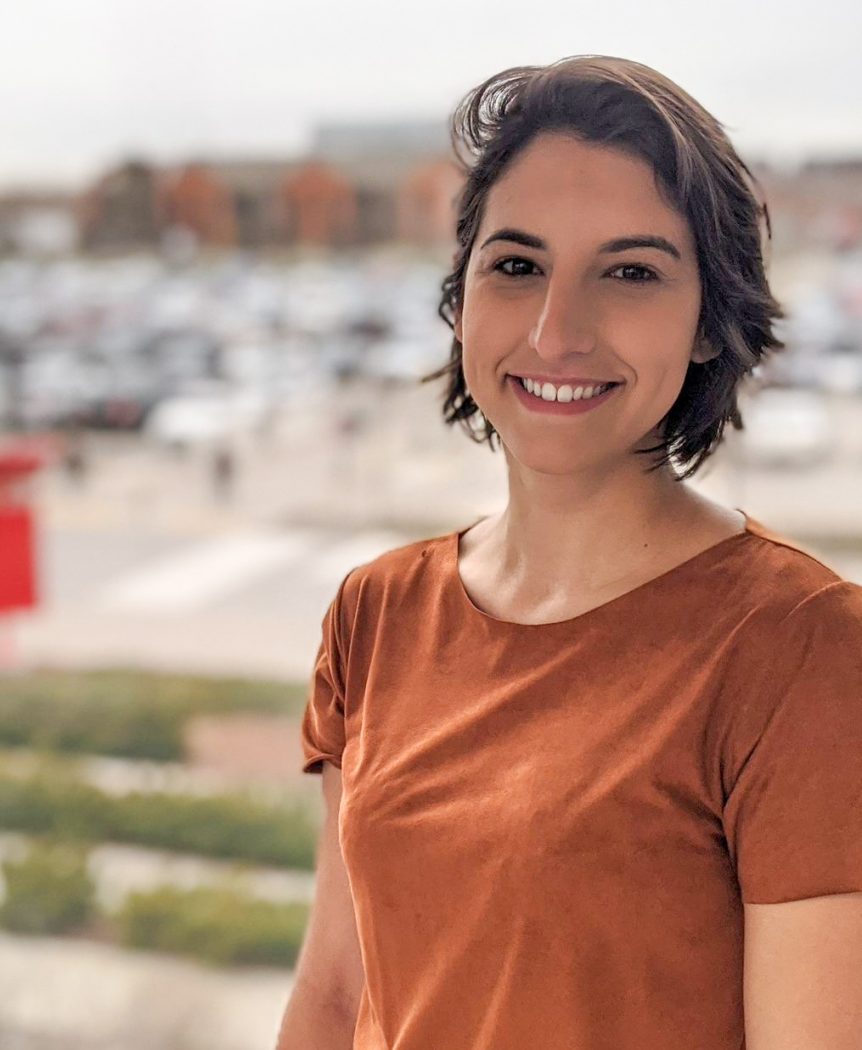 “Meeting with the Surgite Award recipients is always a source of inspiration, and this year was no exception,” he said. “The leadership and vision the recipients provide to the Brock community and the Niagara region is a superb example of the positive change our students continue to make in the world around them.

“The Surgite Award recipients are now engaged in activities locally and at a global level, so meeting virtually was a special way of connecting this year,” he said. “It was certainly special and meaningful to be able to congratulate them on their achievements and to learn about how Brock has been a foundation to their future.”

To learn more about the awards or to fill out an application for the 2021 cohort, which is open until Friday, Feb. 19, visit the President’s Surgite Award section of the Brock website.

The 2019-20 President’s Surgite Award winners include: