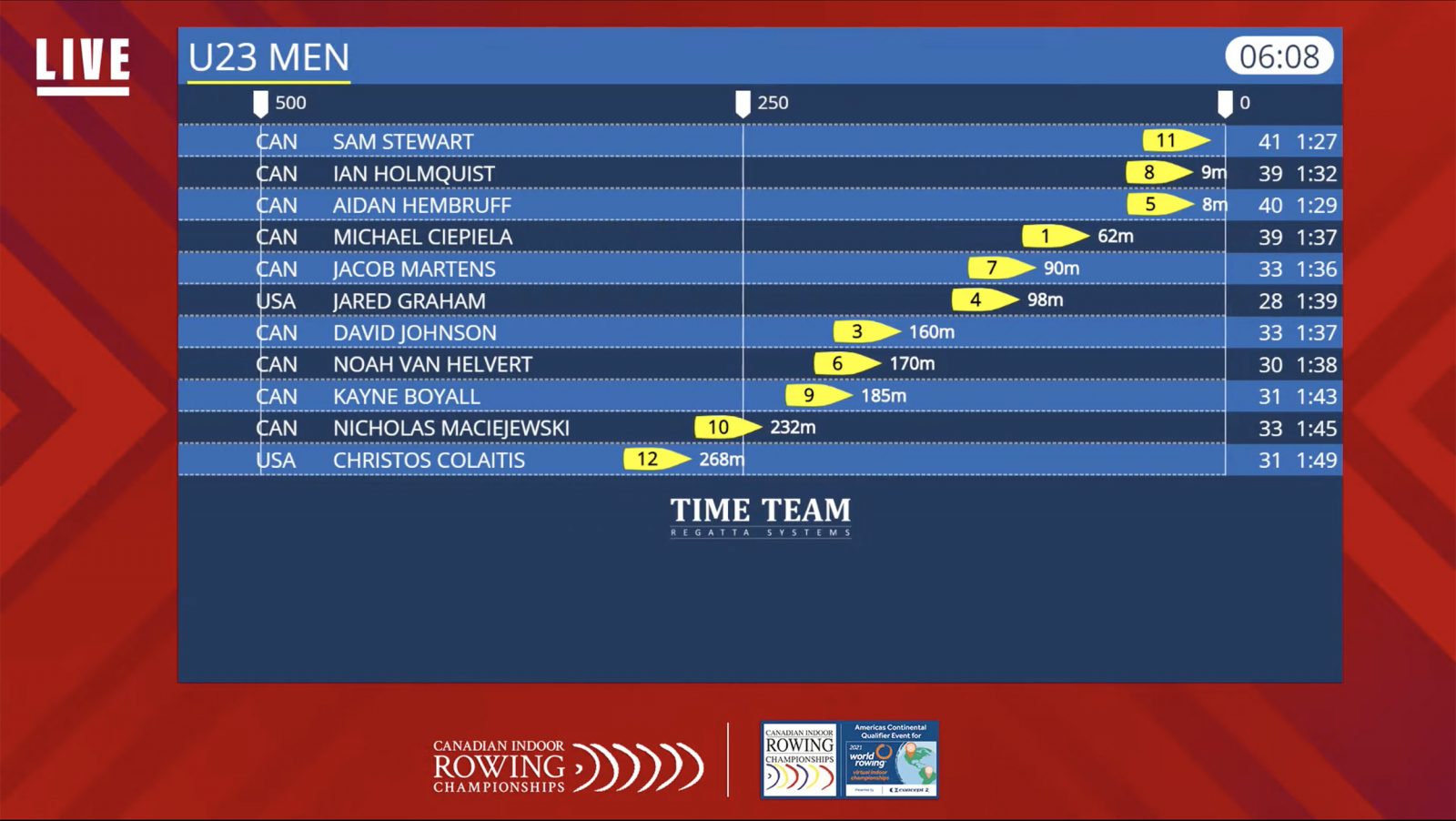 The Brock Badgers’ first competition in more than a year didn’t resemble anything like a public sporting event.

Sam Stewart of the Brock men’s rowing team wasn’t surrounded by cheering teammates and he couldn’t physically see who he was racing against, but that didn’t hinder the third-year History student from claiming a gold medal at the Canadian Indoor Rowing Championships on Sunday.

The annual Championships are normally held in Mississauga at the Paramount Fine Foods Centre (formerly the Hershey Centre), however the COVID-19 pandemic pushed the competition online as competitors connected their Concept2 ergometers to the internet for virtual races. 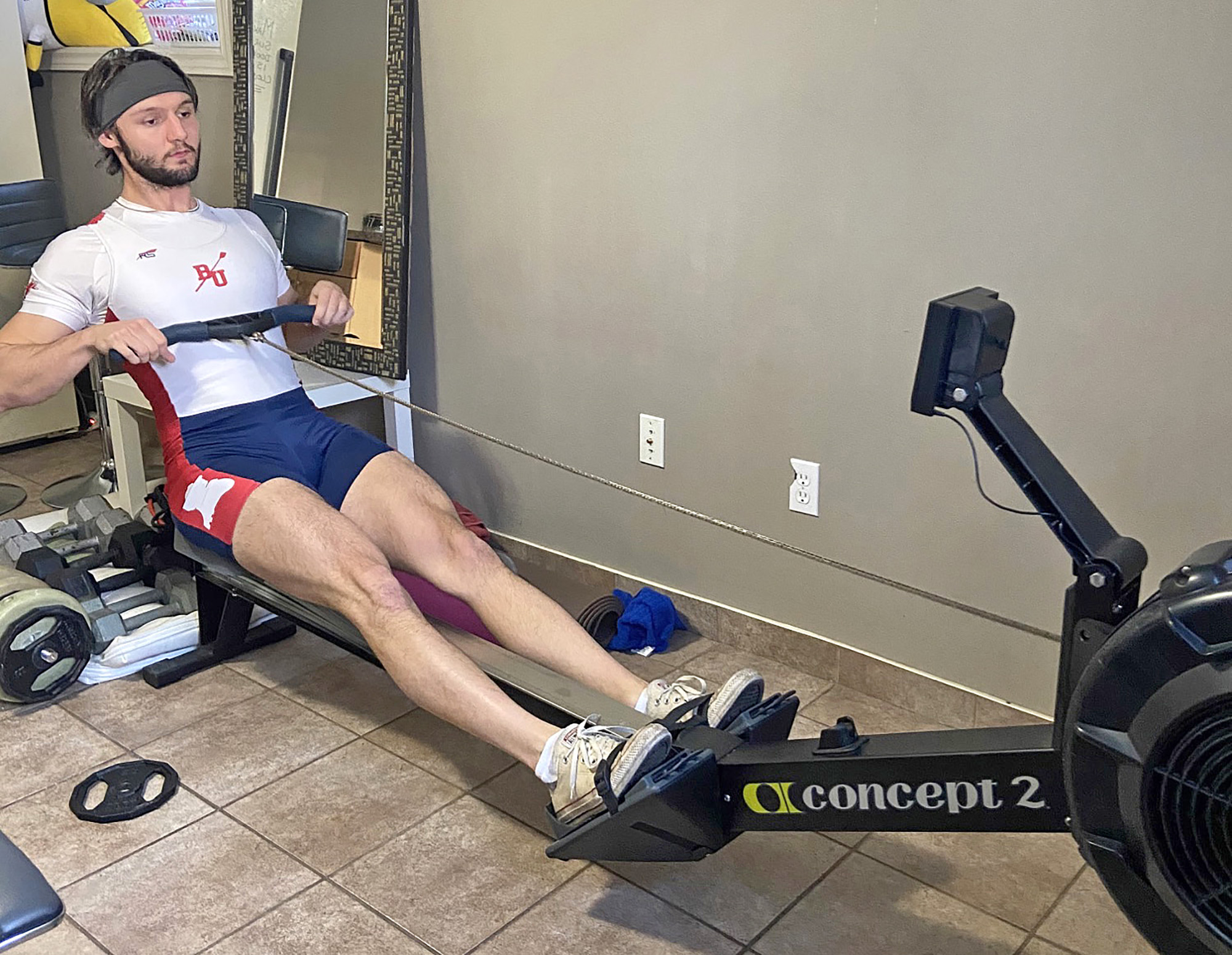 It was the first competition in more than a year for the Badgers rowing program.

“It was great to race for Brock again. Racing it alone in my basement felt much different than being in the Hershey Centre, where you’re surrounded by spectators and sitting next to your competitors,” said Stewart, who is originally from London, but raced from his student home in St. Catharines. “Most rowers would agree that virtual racing alone in your basement is just about the worst possible situation to find yourself in. But I’m very grateful for the opportunity to test myself and represent Brock again.”

Stewart had his computer hooked up next to him to keep note of everyone’s position during the race. For most of it, he was bouncing between second and third place. Halfway through, he noticed he was on pace for a personal best time, and he knew then he had to make a move in the last 500 metres.

“There comes a point when you’re in so much pain the only thing you’re focusing on is the split you’re pulling and not your position,” he said. “I was able to push myself into first place.”

Brock rowing head coach Peter Somerwil said his athletes may have competed from the comforts of their own homes, but there was nothing easy about the event.

“I am very pleased with how all the athletes performed,” he said.  It can be tough to compete without your teammates there to cheer you on and trying to do it alone in your garage or basement. It’s also not easy not having had any competition for so long.”

The Badgers’ British Columbia connection pulled through in the U23 lightweight women’s race as Jordan Isnor, who is studying remotely from Nanaimo, B.C., placed second (7:36.8) and Bonnie Reynolds (7:47.8) took fourth while racing from her home on Salt Spring Island, B.C.

First-year Badger Chris Gomez snagged second overall and was the top Canadian finisher (6:51.0) in the U19 lightweight men’s event.

A pair of Brock recruits, Zoe and Isabella Durcak, competed in the U19 lightweight women’s race. Isabella Durkac won the event (7:34.2), which would have tied her for first in the U23 women’s lightweight race. Zoe Durkac secured second (7:41.8).

“We couldn’t be more excited to have these two talented young ladies join our team in the fall,” said Somerwil.