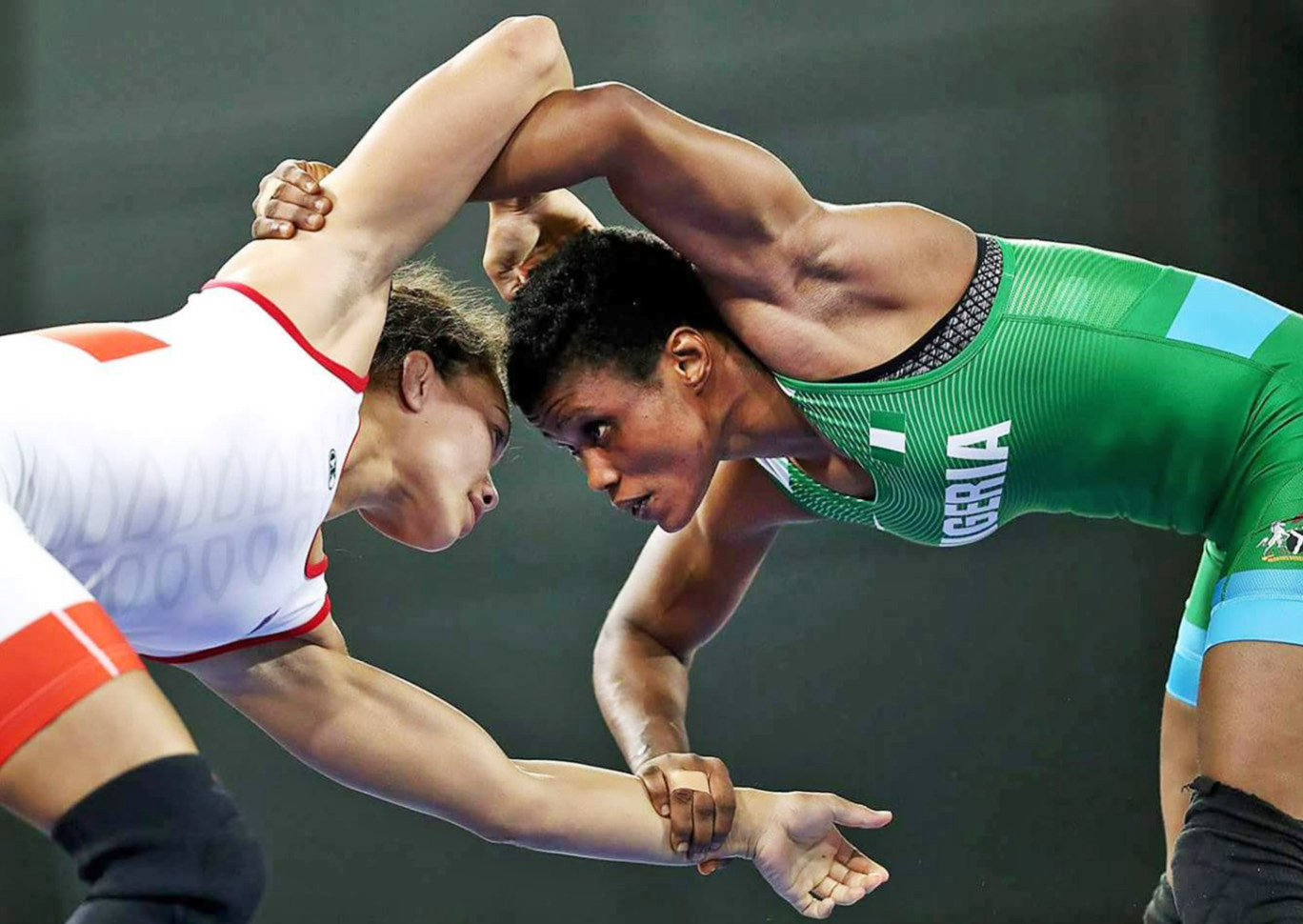 As Aminat Adeniyi prepares to qualify for her second Olympic Games, her sights are set on more than just the coveted gold.

While the 27-year-old wrestler and Brock international student is tirelessly training to win a medal for her country of Nigeria, she’s also making strides on a path to empower female athletes in the sport.

The Master of Arts student with a focus on Sport Management has dreams of using her degree to give back to and grow women’s wrestling in Nigeria.

“Nigeria is currently a developing country and has a lot of room to improve its quality in wrestling,” said Adeniyi, who is completing her studies remotely from the West African nation. “The lack of courses like sports science or sport management, which are important in guiding and improving sporting activities in my country, are not offered in most Nigerian universities. I am determined to excel as a wrestler, but my fundamental goal is to contribute my own quota of acquired experience to the development of women’s wrestling in Nigeria.” 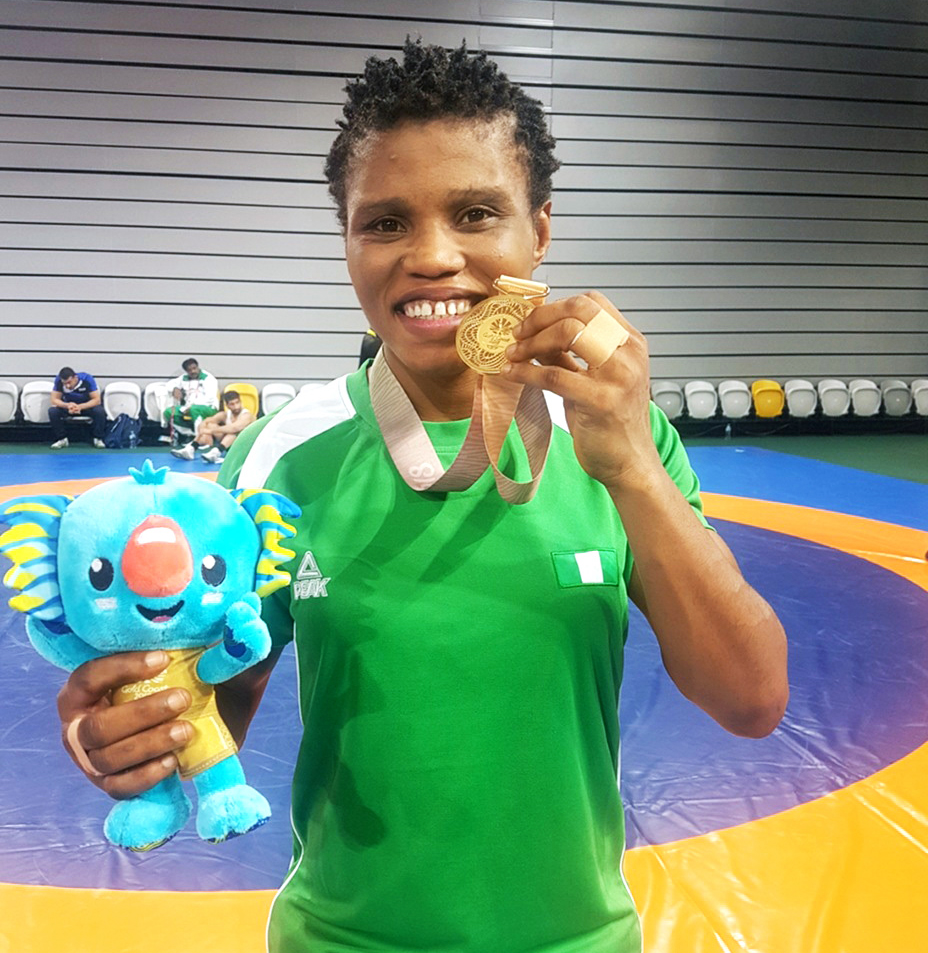 Since 2009, Adeniyi has been the reigning national champion in Nigerian wrestling — a historic streak in her country. She has captured a substantial number of medals. Her highlights include gold-medal victories at the Commonwealth Games in 2014 and 2018, four gold medals at the Senior African Wrestling Championships between 2014-18 and a pair of golds at the African Games (’15 and ’19).

Adeniyi stepped onto the biggest wrestling stage in the world when she competed in the 2016 Summer Olympics in Rio. She has been motivated to return after missing out on a medal.

“My coach said, ‘you are going to try one more time and put in all your effort. I am certain you can medal at the next Olympics’,” said Adeniyi. “With his conviction I agreed to dedicate another four years. I will be competing by God’s grace to punch my ticket to Tokyo 2021.”

She will get her shot when she enters the African and Oceania Olympic Games Qualification Tournament in El Jadida, Morocco, from April 2 to 4.

Adeniyi’s triumphs are equally impressive off the wrestling mat.

The 27-year-old speaks three languages: English, Igbo (southeastern Nigerian) and Yoruba (southwestern Nigerian). She earned her first degree in Political Science from Adekunle Ajasin University in 2012. Two years later, she was nationally recognized for her athletic achievements and was named a Member of the Order of the Niger by former President Goodluck Jonathan.

By enrolling at Brock and striving for a career in sport administration, she’s putting herself in a position to give back to her sport in Nigeria when she hangs up her wrestling boots, said Assistant Professor of Sport Management Ryan Clutterbuck.

He said Adeniyi has excelled in the virtual classroom despite unique hurdles such as technological challenges, a sizable time difference and her wrestling responsibilities.

“I can’t imagine doing what she’s doing. Aminat is inspirational. This journey has not been easy for her,” said Clutterbuck. “I think there are some people who can look to our international students who have gone through that added dimension of time difference, language barriers and not knowing people, and be inspired that they’re making it work.”

Upon virtually meeting her, it was evident to Clutterbuck that Adeniyi is focused and determined to give back to her sport. Obtaining a graduate degree is a big part of that goal.

“Her ability to give back in the future by virtue of her experiences in competitive sport coupled with her academic work is very exciting,” he said. “It’s wonderful to work with somebody who has that kind of ambition.”

Adeniyi was drawn to Brock University for its esteemed Sport Management program and because it’s home to her wrestling role models in former Canadian Olympians Marty Calder and Tonya Verbeek (BRLS ’00, BEd ’03, MEd ’06).

Calder first met Adeniyi at the Commonwealth Games in Australia in 2018 when she wrestled Brock’s Michelle Fazzari (BPhEd ’10, BEd ’13).

He’s looking forward to Adeniyi stepping foot on campus in the near future.

“Obviously, the pandemic has delayed her arrival, but we look forward to having the opportunity to work with her and have her here as a Badger,” said Calder. “Aminat is a gifted athlete who is very explosive. I believe she has a good fundamental base of techniques. We hope to expand that repertoire when she gets here.”