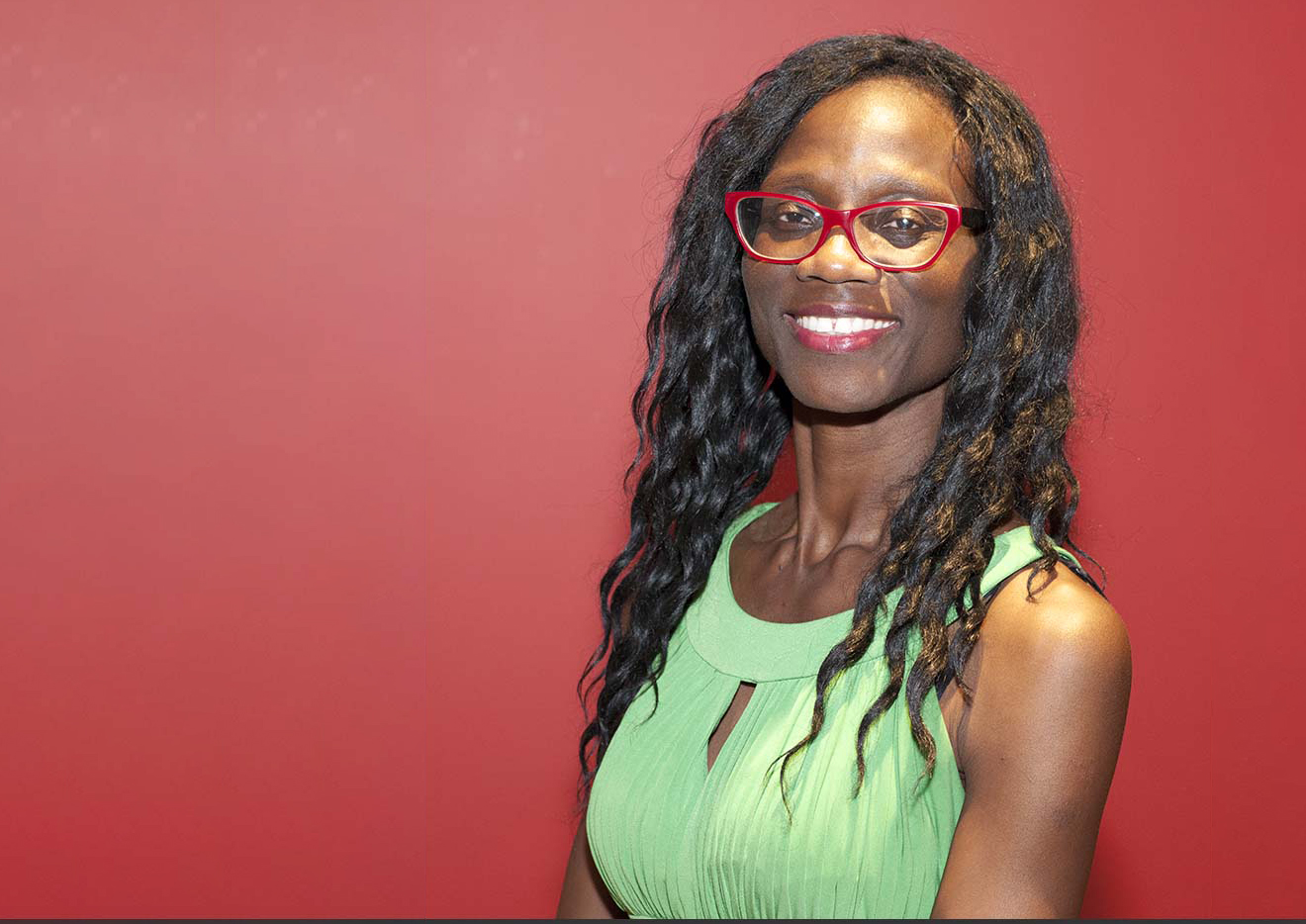 Beatrice Ombuki-Berman has learned through her own life’s journey that words have the power to shape destinies.

People appeared at pivotal moments with key messages that propelled Ombuki-Berman from her humble beginnings in a small village in western Kenya to graduate school in Japan to Brock University, where she was one of the founding members of Brock’s Master of Science Computer Science program.

The seeds of Ombuki-Berman’s career —she’s now Graduate Program Director and Professor of Artificial Intelligence in Brock’s Department of Computer Science — were planted by her parents.

She describes her mother, a homemaker, secretary and high school graduate, as “one of the smartest women I know,” who often emphasized how education would take her “to a better future.”

“My mother told me a few times that she wished she had gotten a university education, but she said I will finish that for her,” Ombuki-Berman recalled.

Her father, a well-known and respected mathematics teacher, frequently shared his passion for mathematics with his two daughters and five sons.

“Whenever we came home with our report cards, he’d only ask one thing: ‘How did you do in math?’,” she said with a chuckle.

Ombuki-Berman inherited her father’s love of mathematics, excelling in that and many other subjects in high school, as well as competing in track and field. She knew that she would go to university, but didn’t have a clear vision of what she would do afterwards.

Turning to her father for advice, he recommended graduate school, followed by a career in teaching. Ombuki-Berman wasn’t sure she found teaching appealing, but her father’s encouraging words about her potential motivated her to press on.

She enrolled at Jomo Kenya University of Agriculture and Technology (JKUAT). It was there where she first encountered a trend that still continues in computer science today: a dearth of women in the field.

“I’ve always found that I have that extra challenge of being in a male-dominated field,” Ombuki-Berman said. “I feel I have to prove myself more, because there’s not enough women to make me feel like I belong, so, I try to work much, much harder.”

Ombuki-Berman found the challenge invigorating. She threw herself into her studies and began teaching herself Japanese in hopes of one day gaining a scholarship to study at a university in Japan. The dream was sparked by JKUAT’s many partnerships with Japanese universities.

After graduating with a double Bachelor of Science in Mathematics and Statistics, Ombuki-Berman tried her hand in industry, but felt it wasn’t the right fit. Frustrated, she dropped by the office of her former statistics professor for advice. He told Ombuki-Berman that she had been one of JKUAT’s top students and asked if would like to apply for a teaching assistant position at the university.

“Suddenly, I realized I wanted to be in the academy,” Ombuki-Berman recalled, adding she filled out the job application that day. She got the position and taught at JKUAT for about a year.

During that time, her dream of studying in Japan was re-ignited. She enrolled in Japanese language classes and applied for a scholarship, which she didn’t get.

Devastated, Ombuki-Berman decided to apply for a master’s in mathematics. But a conversation with JKUAT’s vice-chancellor changed her mind.

“He said to me, ‘We could give you a scholarship to do a master’s in mathematics, but the future is in computer science. Don’t give up after just one round,’” she said.

At the time, computer science studies were in their infancy; Ombuki-Berman would have to leave Kenya to pursue that field. She tried again, and, to her excitement, was awarded a scholarship.

The first few months at Osaka University of Foreign Studies, where she underwent intensive Japanese language training, were a “nightmare,” she said. Suffering from severe culture shock, loneliness and being the only Black woman in her program, Ombuki-Berman almost gave up but instead remembered the words of her parents and stuck it out.

Life eventually got better. She bonded well with her fellow students, made a few close friends and was highly successful with her studies. She graduated with a Master in Information Engineering and a PhD in Intelligent Systems from the University of the Ryukyus, in Okinawa, Japan.

Ombuki-Berman initially planned to return to Kenya, but wanted to get some professional experience first. She knew of a distant relative studying at Western University and googled “Ontario” to see the possibilities. Brock University was the second entry to pop up.

As luck would have it, there was a position open in the Department of Computer Science, which she successfully applied for.

Her plan to return to Kenya eventually changed.

“Three years after joining Brock, a chance meeting with Professor Michael Berman in the Department of Philosophy led to him giving a talk about artificial intelligence and philosophy in my class. That eventually led to a marriage proposal a year later and two beautiful daughters,” Ombuki-Berman said.

Her research uses computational intelligence – a branch of artificial intelligence that involves bio-inspired computing – to solve large-scale optimization problems. Her work has been funded by the Natural Sciences and Engineering Research Council of Canada and the Ontario Centres of Excellence.

Now, Ombuki-Berman is using encouraging words similar to what she received to propel her students forward. She is passionate about mentoring women and has recruited an all-female undergraduate research assistant team for this summer.

“My parents always reinforced to my younger sister and I that there is nothing that our brothers can do that we can’t do,” Ombuki-Berman said. “Determination, hard work and love for education can break through barriers and transform lives.”