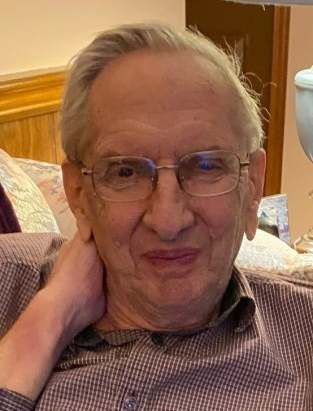 Computer Science employee John Futers (BBA ’06) is being remembered for his dedicated contributions to the department and his kind, gentle constitution. He passed away Monday, Jan. 25 at the age of 85.

Futers’ time at Brock began as a student following his retirement at the age of 65. Though retired, he continued to work close to full time as an engineering firm consultant throughout his studies, completing a Bachelor of Business Administration with a concentration in Computer Science in 2006.

He began working as a teaching assistant for Computer Science in 2005, and worked his way up to course co-ordinator and then marketing co-ordinator in the department.

“Due to his dedication, diligent work and passion for teaching, he eventually became a sessional instructor and taught a course in the Computer Science Department up until a few weeks before his passing,” said Senior Laboratory Demonstrator and Co-ordinator Poling Bork.

Futers’ colleagues cherished his great sense of humour, his smile and his love for his family.

“We often commented how sharp he was in his 80s and how physically active as well,” said Bork. “No one could keep up with his walking pace.”

Futers would often take time to meet up with students who needed support, as he cared deeply for their success.

“John was always there for you,” said Associate Professor Jonathan Radue. “I could easily leave marking and submission handling to him knowing that it would be done well and on time.”

Futers is survived by his wife, Donna, of 63 years, his four children, 16 grandchildren and 15 great-grandchildren, as well as several nieces and nephews.

“Brock will miss John Futers greatly,” said Ejaz Ahmed, Dean of the Faculty of Mathematics and Science. “He was a caring and trusted member of the Computer Science Department.”