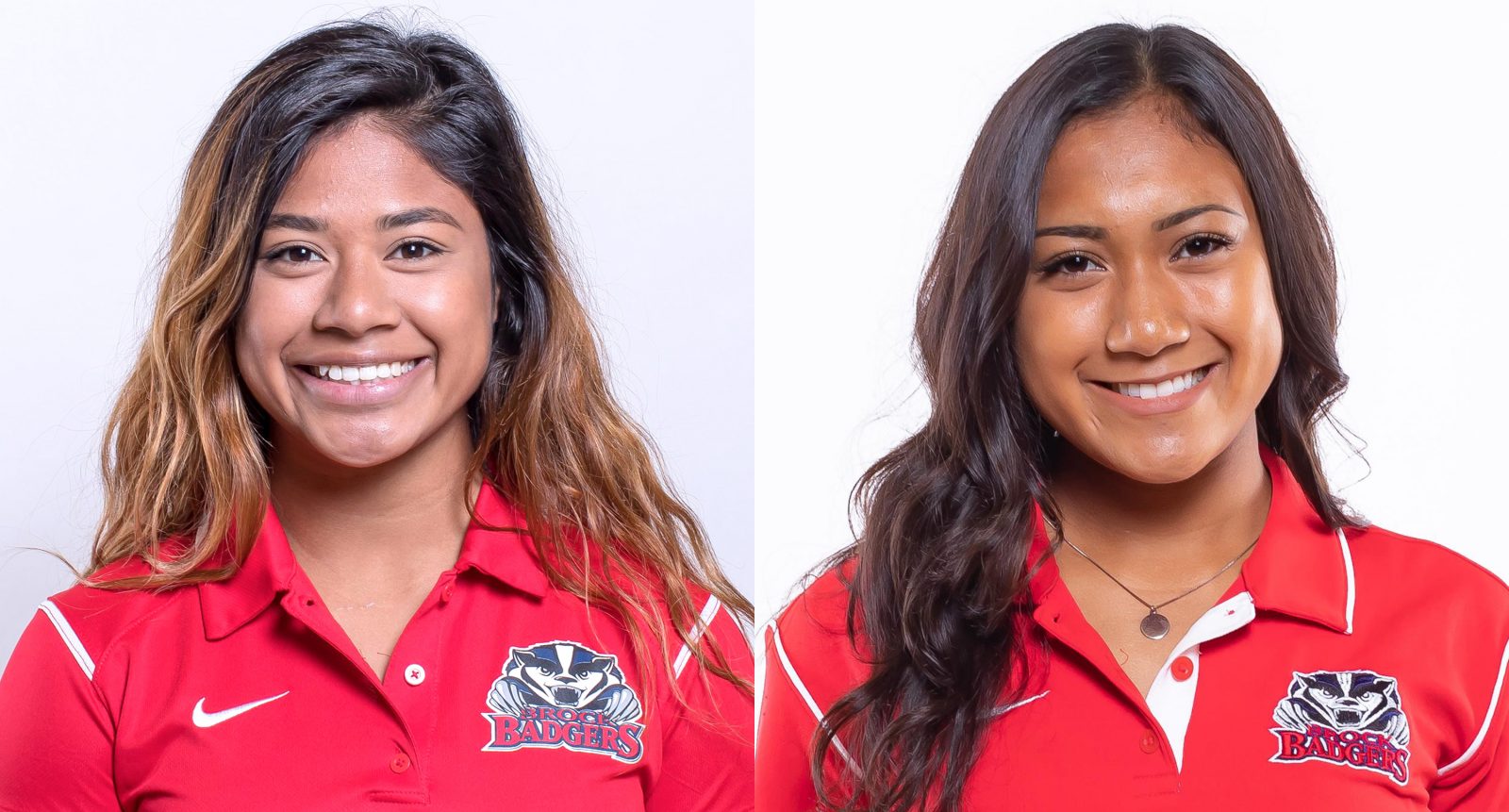 The Philippines is calling on a pair of Brock Badgers to suit up for its national women’s rugby team.

Vanessa Cifuentes (BA ’17) and Loramhel Mateo are heading overseas after being named to the Philippines Lady Volcanoes, the country’s national rugby union team.

The Lady Volcanoes are expecting Cifuentes and Mateo to arrive in March to participate in their training camp ahead of a 15s tournament taking place across Asia, including Hong Kong, South Korea, Laos and Thailand.

Cifuentes and Mateo, who both grew up in Niagara Falls, are looking forward to representing an important part of their heritage through sport.

Cifuentes is a former student-athlete who majored in Business Communication and played for the Badgers from 2015-17.

“It’s exciting to put all my hard work to the test, and even more exciting to do that for the home country of one of my parents,” said Cifuentes, whose mother is Filipina and father is from Guatemala. “To be able to play and live across the world for a few months, and experience the Filipino culture first-hand is a dream in itself.”

Mateo joined the Badgers in 2018 and is currently studying Therapeutic Recreation.

“As a person who has lived in Canada my whole life, it will be an honour to represent my parents’ home country,” said Mateo. “My parents immigrated here, and I am part of the first-born Filipino Canadian generation in my family. All my family members from Canada and the Philippines are super excited and proud of this opportunity.”

Mateo found the team during a rugby film study.

Despite the pandemic cancelling the OUA fall season, the Brock rugby coaches encouraged their players to watch past rugby games and build upon their knowledge of the game. Mateo stumbled upon Asia Rugby league matches and that’s where she found the Lady Volcanoes.

She researched the team and found the registration requirements.

“I met all of them, so I put my application together with some help from my Brock teammates and coaches,” said Mateo. “I wouldn’t say I found the team by chance, but rather this feels more like fate, because I always wanted to take my rugby career to the next level after graduation.”

Mateo mentioned the opportunity to Cifuentes and the duo quickly applied and were recruited by Jake Letts, the CEO at Philippine Rugby Football Union.

“I have an old friend by my side who will experience this with me,” added Mateo. “Rugby brought us together and even though the pandemic makes the future questionable, it’s still motivating to focus on Team Philippines.”

The duo are known to their coaches and teammates as the ‘twins’ and their mirroring-style of play at the wing position stretches back to when they battled each other in high school as Cifuentes attended Stamford Collegiate and Mateo went to Saint Michael Catholic High School.

“I think it’s fitting that I’ll be able to experience this journey with Lora, because there’s this ongoing joke with our teammates that she is V 2.0 because of how identical we look on the field,” said Cifuentes. “There was actually an instance when my mom came to watch a game and got me confused with her.”

After high school, the two faced off against each other again in the Ontario Collegiate Athletic Association whenever Cifuentes’ Humber Hawks encountered Mateo’s Mohawk Mountaineers. They eventually became teammates when they suited up for the Niagara Wasps Rugby Club.

However, the dynamic duo didn’t take the field together as Badgers. Cifuentes graduated a year before Mateo arrived at Brock.

The two are excited to be teammates once again and credit Brock for an unforgettable experience.

“This is going to sound cheesy, but my Brock teammates are a big reason why my university experience is fun and fulfilling. They are my second family,” said Mateo. “Vanessa and I have always had this dream to travel and see the world, and getting the opportunity to do it through rugby is such a blessing.”