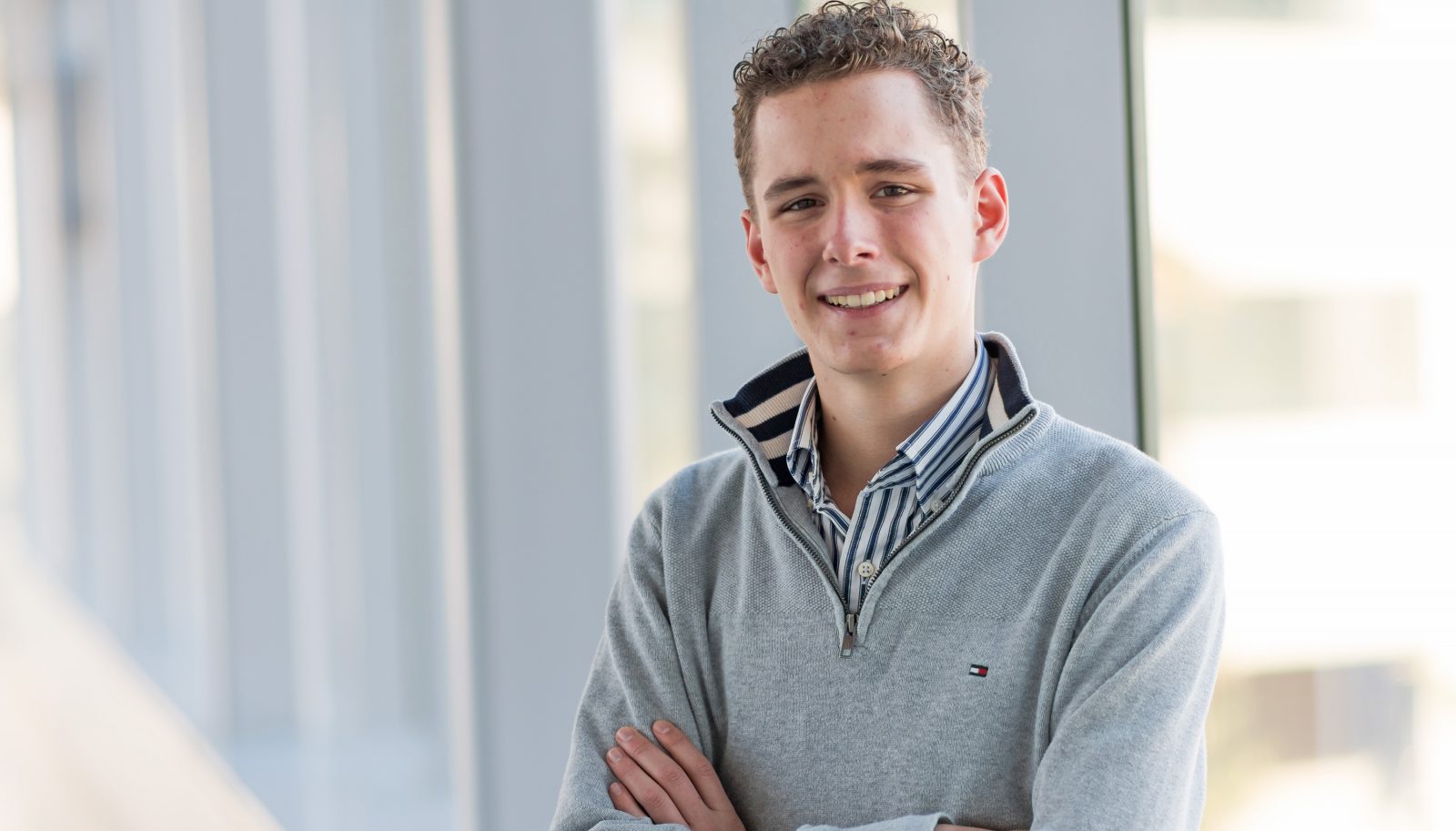 Computer Science Co-op student Joel Gritter recently landed a job with Royal Bank of Canada that will begin in the spring.

No magic is needed to land a job straight out of university. As Joel Gritter has learned, having co-op experience often does the trick.

Paired with hard work, Gritter’s three co-op terms at Royal Bank of Canada (RBC) helped him to secure a full-time role as a full stack developer with the bank beginning next spring.

“Co-op was perhaps the best experience I’ve had in my entire academic career at Brock,”
Gritter said. “I used many of the resources available to me as a student offered by the co-op office, including mock interviews and resumé reviews.

“Co-op staff have really helped me to hone my skills as they relate to applying for jobs, and I wouldn’t have been able to be as successful without their expertise.”

The co-op approach allows for a balance of work and study, which Gritter found important to his academic development.

“I worked at RBC for all three of my co-op terms, two of them in cyber security and the last term in the RBC Amplify program,” he said. “Being able to see the industry applications of your subjects helps motivate you as a student. It shows the ‘real-life’ value of what you’re learning.”

Gritter’s co-op experience with the company means he’ll be able to start his job with confidence and a level of comfort not afforded to many new hires.

Cara Krezek, Brock’s Director of Co-op, Career and Experiential Education, said one of the goals of the co-op program is to “ensure students understand how to navigate the labour market upon graduation.”

“The program is designed to not only prepare them by giving them access to work experiences that relate to their field of study, but also the life skills of how to articulate their talents to employers, successfully apply to opportunities and ultimately be successful in their career search,” she said. “These are skills that students will use for the rest of their lives.”

While familiarity with RBC played a role in Gritter’s hiring, he also has an impressive resumé backing him up.

In addition to earning his place on the Dean’s Honours List for the past three years, he has become one of three RBC student ambassadors on campus and was a software developer on a team that won Best Client-Centric Solution and Audience Choice Award in the RBC Amplify program.

Ejaz Ahmed, Dean of the Faculty of Mathematics and Science, said Gritter has “amassed an impressive collection of accolades throughout his time in the faculty.”

“He is a great example of a student who works hard both in the classroom and during his community experiences. His new role is well deserved.”

On track to graduate in June, Gritter said there’s no real secret to his success other than hard work.

“I don’t have a silver bullet, superpower or book with five simple steps to boost your grades,” he quipped.

But he did have one bit of advice, encouraging students to embrace their time at the University.

“It’s been a bit of a whirlwind experience,” he said. “When you’re back in first year you see graduation as something really far off, and then all of the sudden you’re in your senior year wondering where all the time went.”