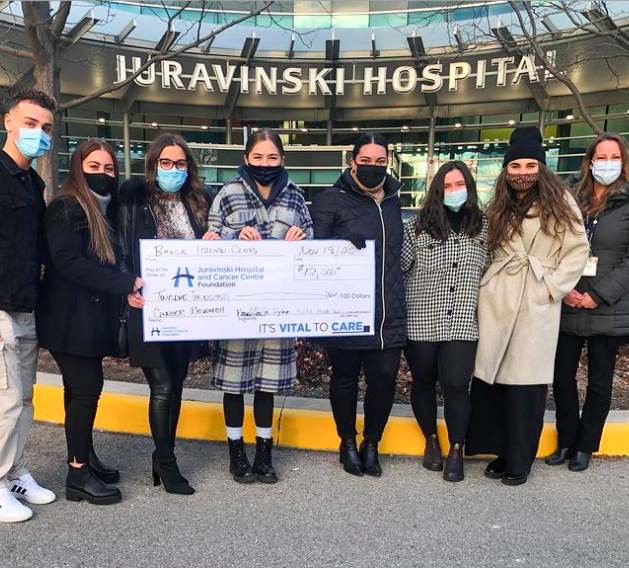 Brock Italian Studies students, with the support of the community, raised $12,000 for cancer research this year.

The Brock Italian Club presented its donation to the Juravinski Cancer Centre in Hamilton on Wednesday, Nov. 18. The funds, raised during the club’s fifth annual dinner and dance, will help support cancer research.

“We chose to donate all our proceeds to this foundation because at one point, whether through a family member or a friend, someone’s life has been affected by this terrible disease,” says club President Graziella Violi. “We hope the money raised by our event will help us get a little bit closer to finding a cure.”

Club members raised the money at their fifth annual fundraiser held at Liuna Station in Hamilton on Feb. 15. More than 400 guests attended the gala, which was themed Una Notte al Carnevale di Venezia, or One Night at the Venice Carnival, making it the club’s biggest event yet, says Violi.

“Through sponsorships, silent auction funds and people and businesses who donated prizes to our raffle, we were able to raise $12,000,” she says.