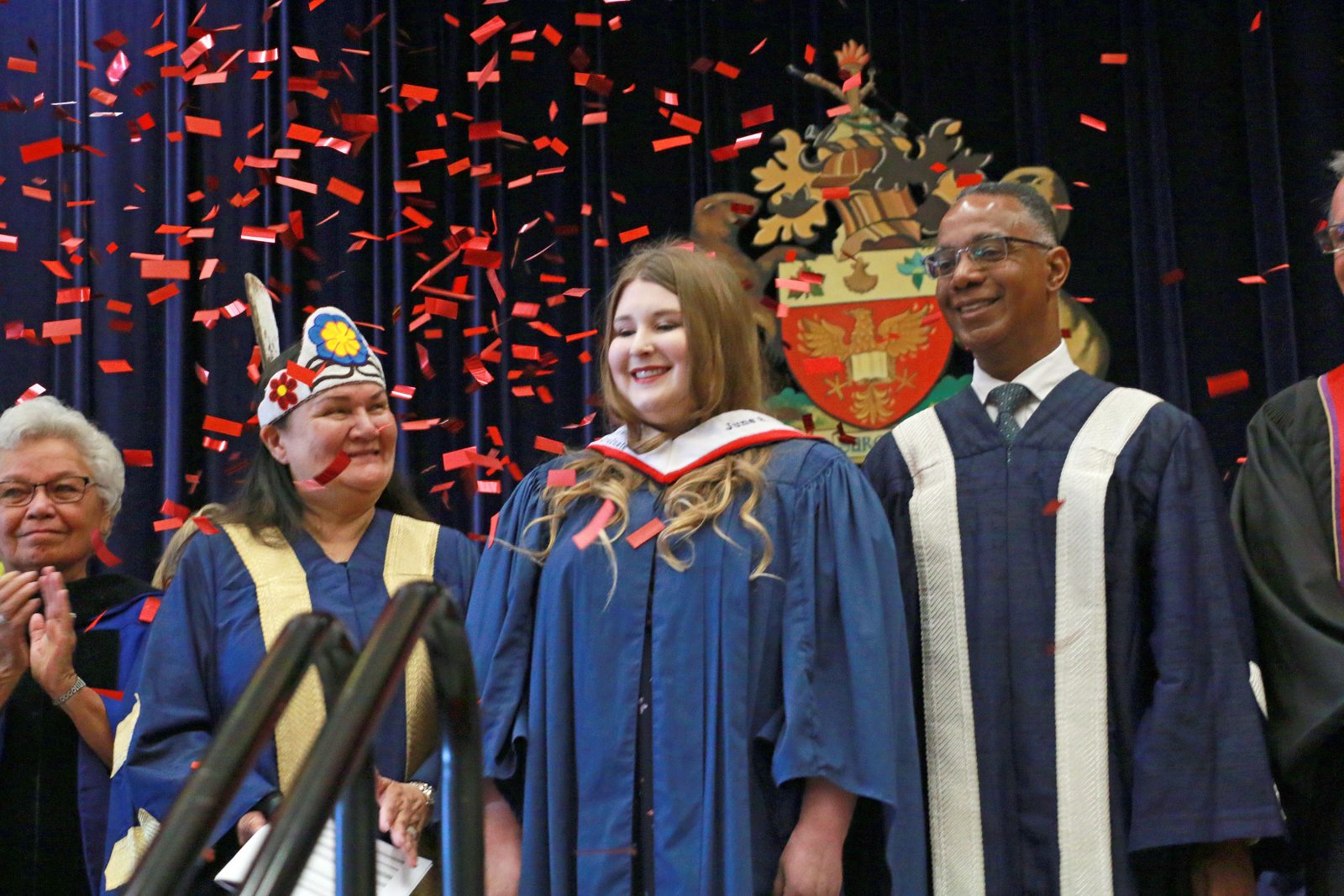 At Fall Convocation in October 2015, moments after being installed as the first female and first Indigenous Chancellor in the history of Brock University, Shirley Cheechoo spoke in a calm, even voice about racism and the struggles faced by First Nations people.

“I come from a background where, when we spoke, our voices were not heard,” said Cheechoo, a member of the Cree Nation who survived the trauma of residential schools and went on to become an award-winning filmmaker. “We still feel marginalized, excluded and devalued.”

But it soon became evident that part of her intent that day was to inspire the hall full of graduates and their families to go out and make society a better, fairer place. 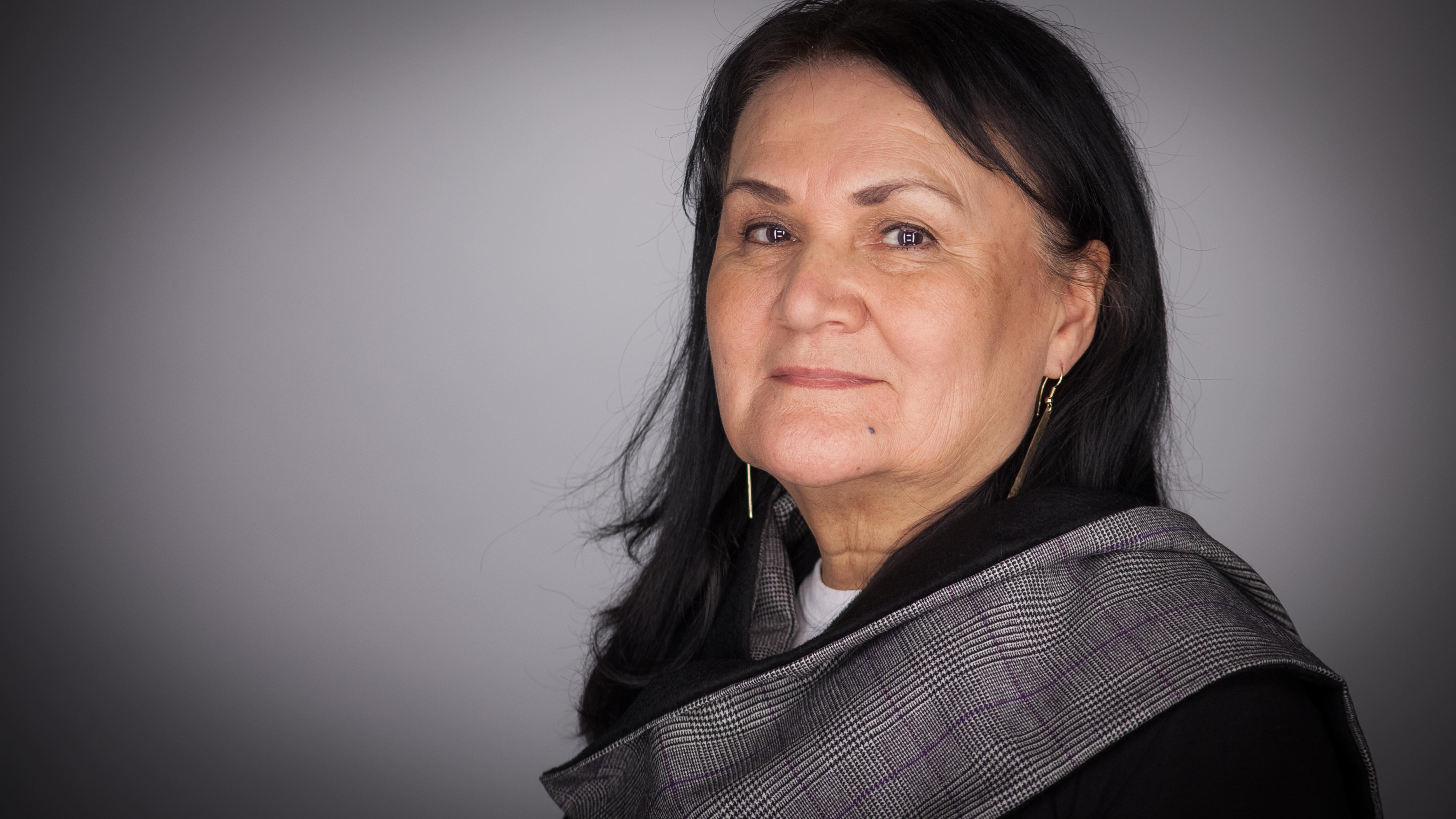 “Healing is the first step on the road to empowerment,” she told the hushed audience. “I took this position to make a difference, and I worked hard to move beyond old racial wounds.”

Now five years later, Cheechoo is concluding her term and making way for her successor Hilary Pearson. There will be no crowded auditorium this time. The realities of a pandemic have made Fall Convocation 2020 an online affair, albeit one that resonates with the celebration of Brock’s newest graduates; the bestowing of an honorary degree on another exceptional Canadian, Lieutenant-General, the Honorable Roméo Dallaire; and a remarkable virtual installation of the University’s incoming Chancellor.

Cheechoo will be remembered by many as an inspiring influence among students and faculty, someone whose very presence raised a broader understanding of the importance of inclusivity and helped advance the culture at Brock.

Her tenure aligned with a wide scope of achievements, from the major milestone of a university welcoming its 100,000th graduate, to seeing the institution realize its next phase of maturity as witnessed by a new Strategic Plan and initiatives like the President’s Advisory Committee for Human Rights, Equity and Decolonization.

It was during her tenure as Brock’s Chancellor that Cheechoo also received the Order of Canada, in May 2019.

Brock President Gervan Fearon said Cheechoo’s influence on the University is a legacy that will benefit students and the entire Brock community for many years to come.

“Chancellor Cheechoo’s presence has been a very significant factor in Brock’s development in fostering a more inclusive university community,” said Fearon. “We owe her a debt of gratitude and wish her the very best in the future, and she will remain a part of the Brock family forever.”

In her final address as Chancellor, which she recorded for the online Fall Convocation page, Cheechoo reflects poignantly on her relationship with Brock.

“We all struggle to connect with others in a deep and meaningful way,” she said. “This is particularly true for me because of my personal journey. For a significant period of my life, I have felt that I was unseen and unheard. I have felt like I was under water, struggling, until someone reached down and pulled me to the surface, allowing me to breathe.

“Brock University was one of those hands that pulled me up and allowed me to broaden my scope, so that my voice can be heard in other spaces and places.

“My role as Chancellor of Brock University is closely aligned with my passion for supporting and investing in young people.

“Young people like yourselves bring a unique and valuable perspective to your communities, and the wider world. Sometimes your voices are muffled and silenced by those in authority, however I want to encourage all of you to speak up. Speak your truth loud, and speak it often, no matter how uncomfortable it may be for you and the listener.”