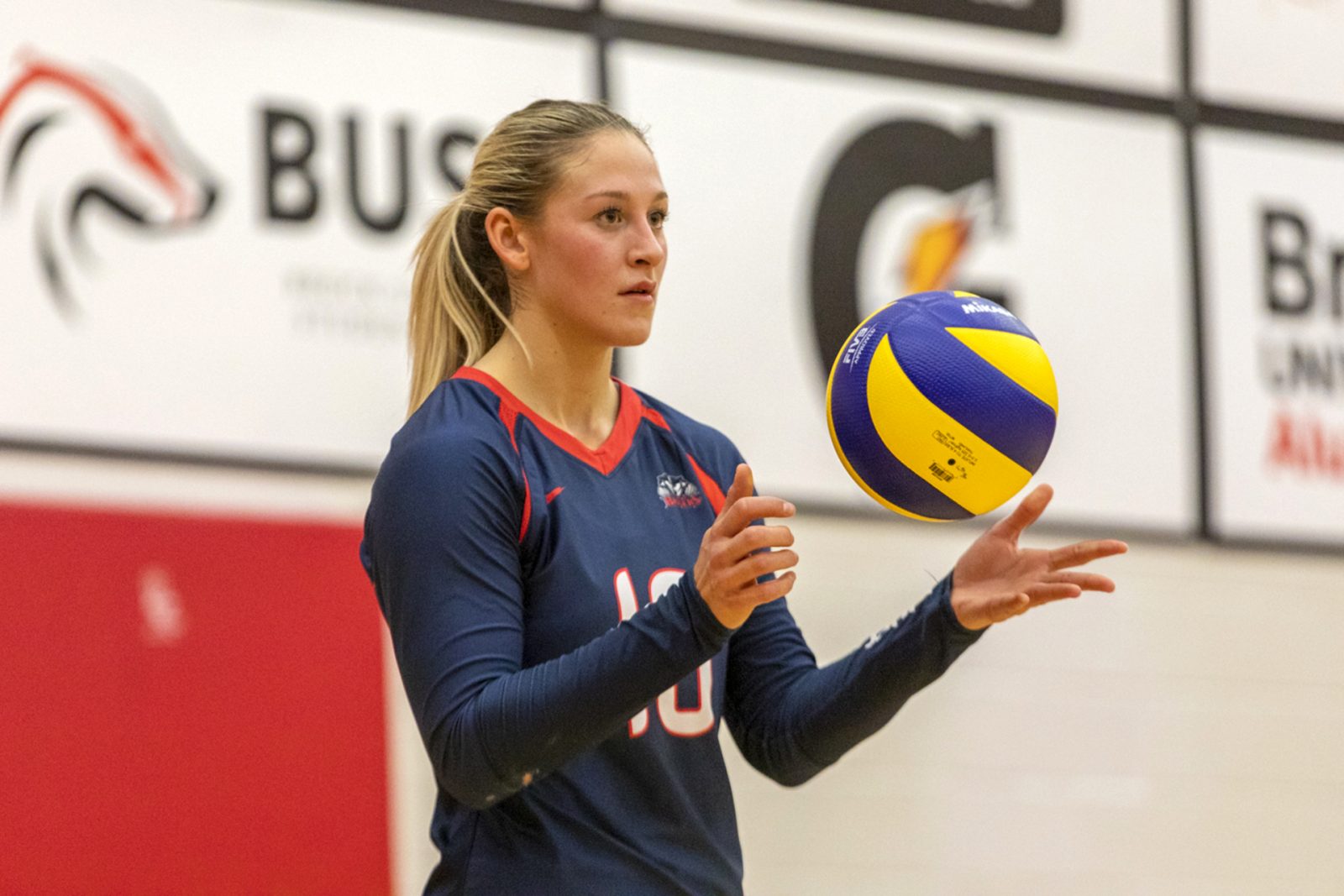 Laura Condotta (BSM ’20) is heading to Switzerland on a pro volleyball contract a month after graduating from Brock University.

“Signing with a pro volleyball team is definitely still a shock to me,” said Condotta. “I’m so unbelievably thankful for the opportunity and am so excited to learn more about the sport I love in such a beautiful country.”

“My time at Brock has been amazing and I can only leave saying great things about my experience,” said Condotta “I’m going to miss the whole Brock women’s volleyball coaching staff and team the most. They are my second family and I’ll forever miss the constant support we had for each other and never-ending fun.”

Condotta, an outside hitter, ranks among Brock’s all-time leaders with 857 total kills. She also racked up 789 digs and 941.5 points.

She posted back-to-back 200-plus kill seasons to finish off her career with Brock and led the Badgers to their only two winning seasons over the past five years. The 2019-20 season was highlighted by the team’s first-ever trip to the U SPORTS Women’s Volleyball National Championships in Calgary in March, where Condotta was named a Second Team All-Canadian for a second-consecutive year before the tournament was cancelled due to the COVID-19 pandemic.

“It’s a real happy moment as a coach when you see one of your athletes advance to the next level because it feels like you’ve contributed,” said Badgers women’s volleyball head coach Steve Delaney. “It’s a great moment for her and also for the Brock program, because it adds to the validity of us being and up-and-coming program.”

“Laura has been one of the best players in the OUA and Canada for the past couple of years,” said Delaney. “She’s a super hard worker and coachable. She never gives up. She’s tenacious on defence and keeps improving.”

Although it was a last-minute decision for Condotta to sign with a pro team overseas, Delaney recalled discussing the possibility of her competing on the European circuit when they first met in 2018.

“She said ‘maybe I’ll play beach volleyball,’ but then we started to seriously talk about her playing in Europe,” Delaney said. “She went after it and completed all of the necessary tasks.

“Her ability speaks for itself and she earned it. It just goes to show you that if you work hard enough and you want something, you can reach your dreams. The Swiss team is getting a fantastic person and a great athlete and teammate that will never give up on them.”