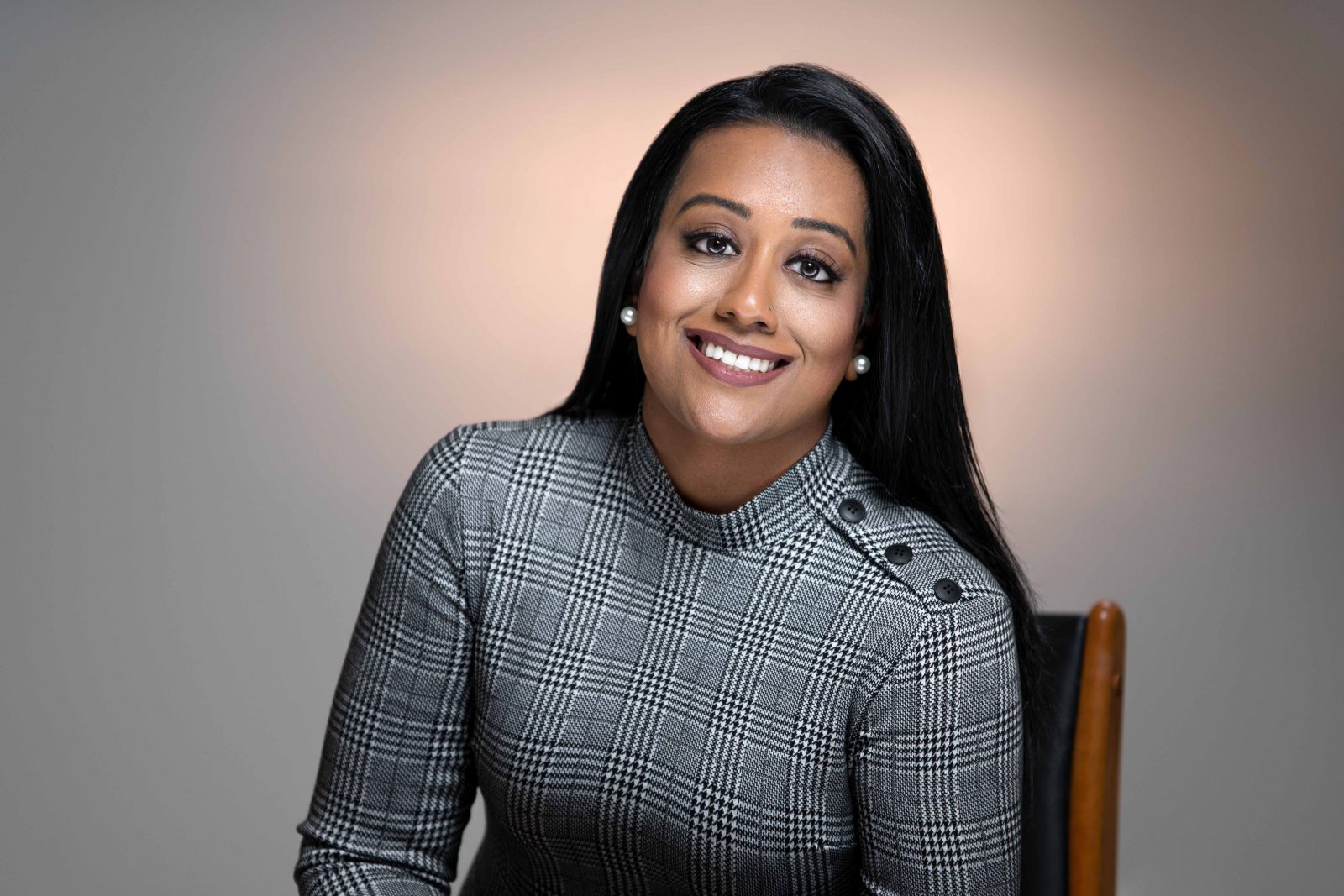 Janani Sivarajah, a postdoctoral fellow with Brock University's Environmental Sustainability Research Centre (ESRC), is undergoing a three-year internship supported by Mitacs and working with local partners on the Prudhommes project.

At its peak, the Prudhomme’s Landing complex was a magical place featuring waterslides, rides and a hotel. With the passage of time, the complex, located alongside the Queen Elizabeth Way (QEW) highway in the Town of Lincoln, was abandoned and eventually razed to the ground.

But new life will be breathed into the site. The land is earmarked for the creation of a suburb with a difference. A partnership involving Brock University, Vineland Research and Innovation Centre, and the Town of Lincoln will help shape this revitalization.

The aim of the Prudhommes project is to incorporate particular design features and materials into the residential development to help the area cope with rising temperatures, erratic weather patterns and other climate changes.

“That’s what this project is all about: we want to try to create a place that has resilience so that we can continually adapt to changing conditions in a way that is good for the planet and people,” says Ryan Plummer, Professor and Director of Brock’s Environmental Sustainability Research Centre (ESRC).

Keeping the research on track is ESRC postdoctoral fellow Sivajanani (Janani) Sivarajah, who came to Brock after earning her PhD in Forestry from the University of Toronto.

Mitacs, a not-for-profit organization that fosters growth and innovation in Canada by solving business challenges with research solutions from academic institutions, is assisting with financing Sivarajah’s research on the project.

Sivarajah is working with the ESRC and Darby McGrath, Senior Research Scientist and Program Leader for Vineland Research and Innovation Centre’s Greening the Landscape program. McGrath and her team will help develop standards and specifications to guide the incorporation of natural elements into the housing development.

“These are things we don’t typically think about: the space that we need for soils to support mature trees and other vegetation, and, in this case, the proximity to Lake Ontario,” says McGrath. “We want to think about the effects that this development could have on Lake Ontario and its ecosystem and managing effectively aspects like storm water.”

In addition to climate change mitigation, trees, green spaces, waterfronts and other such ‘green-blue’ infrastructure in a community is also a boost for human health.

“It’s about making sure people are able to live healthy lifestyles,” says Sivarajah. “People could experience the comfort of having trees and other green vegetation around their developmental areas, enabling them to feel safe, increase their sense of wellbeing and promote physical fitness.”

Sivarajah aims to merge ESRC’s research on environmental sustainability and the role humans play in stewardship with the scientific expertise on the mechanisms that create urban and semi-urban areas that have relatively low impacts on the natural environment.

Low impact development is one of the project’s core concepts. The goal is to minimize disruptions to an area’s hydrology, such as the draining away or ‘runoff’ of water that normally would keep soils moist, recharge underground water reserves and support vegetation that keeps temperatures cooler.

Some examples of ‘green’ infrastructure to safeguard water quantity and quality include pavement that allows water to drip through special ditches called ‘bioswales’ that direct water to plants and grasses, and roofs that are covered with vegetation.

Another core concept is ‘resilience,’ which recognizes the close, complex and ever-changing interconnections between human-built societies and natural ecosystems in the environment. The focus is on being able to adapt to change.

“This is a scenario we don’t often have presented to us where we can actually work with the Town from the ground up on a development,” she says.

Sivarajah is hoping that the low impact development of the Prudhommes site will act as a model for other jurisdictions.

“The Town of Lincoln is a forward-thinking municipality; they’re willing to work with us to develop different specifications,” she says. “We are hoping from this internship and post-doctoral fellowship that the Town of Lincoln will be a flagship municipality for others hoping to do the same thing.”