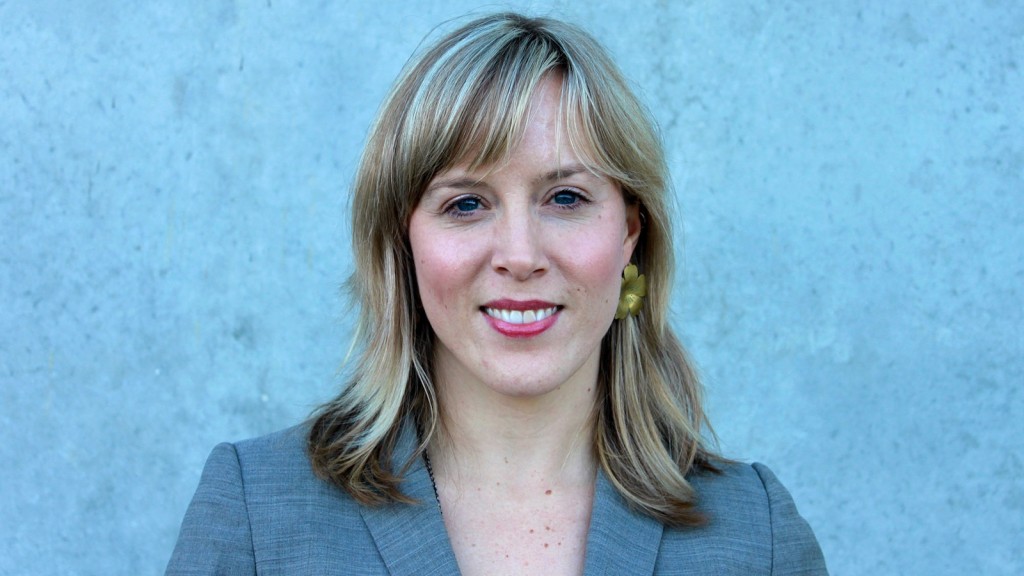 Born without arms below her elbows, Elisabeth Walker-Young (BPhEd ’02) has a classic line when she speaks to schoolchildren about her success at the Paralympics and empowers others to seek out new heights: “The only thing I cannot do is count to 10 on my fingers.”

She has never let her disability stop her from her pursuit of inclusion and diversity for health and wellness for all of society.

Walker-Young, a ground-breaking para swimmer during her time at Brock University, was recognized with the L.B. ‘Mike’ Pearson award during the U SPORTS Honours Awards on Tuesday, June 30.

“It is humbling, especially when reading the description of the award,” said Walker-Young. “I can’t help but be amazed that the awards I received, the opportunities I’ve had in and out of sport, as well as in my career, can all stem from sport itself.”

When U SPORTS Manager, Operations and Events Jocelyn Falbo called Walker-Young to give her the news, the former Badger couldn’t help but reflect.

“While speaking with Jocelyn, memories and faces of people flashed back from a great time in my life,” said Walker-Young. “I am awestruck and thankful for the nomination.”

The Toronto native spent 13 years on the Canadian Paralympic Team as she captured six medals (three gold, a silver and two bronze) at four Paralympic Games, breaking several Canadian and world records during her career. She served as captain at the 2000 and 2004 Games.

Upon her retirement, Walker-Young was quickly selected by Swimming Canada to take on an advisory role with Paralympic swimming, in addition to acting as a consultant for the Vancouver 2010 organizing committee. She then was selected as Canada’s Assistant Chef de Mission for the London 2012 Paralympic Games as well as for the Toronto 2015 Parapan Am Games.

She was also inducted into the Swim Ontario Hall of Fame in 2008, received the Queen Elizabeth II’s Diamond Jubilee medal for her contributions to the Paralympic movement as an athlete and builder in 2012, entered the Canadian Disability Hall of Fame in 2014, and made an Officer of the Order of Canada in 2018 by honouring her contribution to the betterment of inclusion and accessibility for Canadians.

Walker-Young said some of her fondest memories stem from her time at Brock and representing the Badgers from 1996 to 2002. Now married to former Brock swimmer Ian Young (BSM ‘02), Walker-Young currently resides in Vancouver, where she is the manager of programs for the Canucks Autism Network.

“While my national team career paralleled my university career, university swimming often kept me grounded and able to focus on the fun over split times, qualifying times and world records,” she said. “I truly think I extended my career during this period of academic pursuits meshed with my athletics pursuits. Those led to the path I lead today, which is a passion for inclusion and diversity for health and wellness for all of society.”

Emily Allan, Associate Director, Athletics, said Walker-Young is a remarkable individual and recalled meeting her for the first time when they were both students at Brock.

Allan was trying out for the swim team, working feverishly through laps in the pool, when Walker-Young cruised past. Allan, a cross country runner, was in awe of her athleticism and the two have maintained a friendship ever since.

“Elisabeth is exceptionally deserving of this award,” said Allan. “She has not only succeeded at the highest level as an athlete, but has used that success to springboard into other meaningful and important avenues, most notably inclusion and accessibility in sport. I think her experience as an athlete has certainly helped to carve out all the traits that make her so successful – hard work, focus, determination, resiliency, belief in herself and others. All these traits have enabled her to work hard and succeed in advocating so tirelessly for others.”

Walker-Young’s parents viewed swimming as a life skill and wasted no time in signing their two daughters up for swimming lessons. She took to water instantly alongside her twin sister who did not have a disability.

“I was an active child, but I held my own and stuck to her side as much as I could,” said Walker-Young.

Walker-Young lived in a rural area for the early part of her childhood and was overjoyed when her family moved to Toronto and found a local pool with a swim team which catered to kids with disabilities, the Variety Village Aquatic Club.

At the club, Walker-Young became a self-described ‘pool rat,’ a term for kids who were first in a pool and last out during the summer season. It’s also where she met her Paralympic coach, Rafael Polinario.

“There was no looking back,” she said. “It was such a loving, welcoming, non-judgmental environment. It was incredibly inviting and it was led by an open and kind coach. He taught me about realistic goal setting and to be true to oneself and follow the path you love.”

Walker-Young also gives kudos to her Brock coaches Herb de Bray and Peter Bradstreet for building up her mental toughness, using the power of imagery and showing her that leadership comes in many shapes, sizes and forms.

“Elisabeth never defined herself as ‘disabled,'” said Bradstreet. “She honestly never saw a reason why she could not do the exact same things as everyone else, so she did. She never bothered to notice what others viewed as a disability. Elisabeth never saw it that way.”