How giving back to the community changed Celine Funk’s life 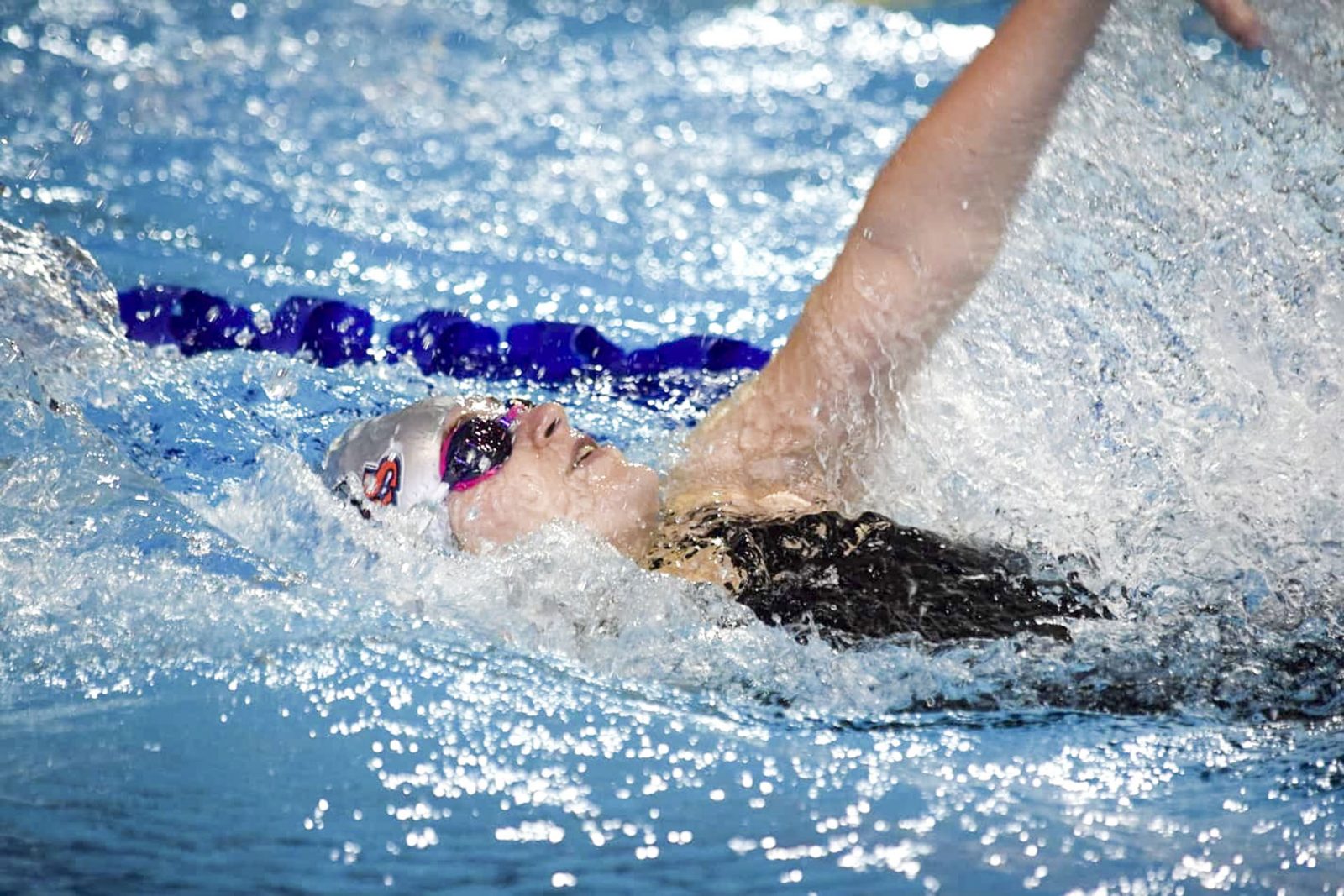 Brock Badgers swimmer Celine Funk will graduate Friday, June 19 with a Medical Sciences degree after making a significant impact on Brock and the Niagara community.

When varsity swimmer Celine Funk first arrived at Brock University, she found life away from her tiny hometown near Kitchener a bit intimidating.

But diving into everything the University had to offer quickly ignited her courage. Four years later, as she prepares to graduate with a Medical Sciences degree on Friday, she will leave Brock having made a significant impact on the community.

Funk won a number of community service awards this season for her work with young adults who have disabilities, peer mentoring of at-risk high school students and volunteering with Special Olympics and the Alzheimer’s Society of Niagara.

“I am very excited to be graduating,” said Funk, who will be one of nearly 3,000 students celebrated Friday, June 19 during Brock’s first-ever Virtual Spring Convocation. “While being a student-athlete has been a huge part of my undergraduate experience, academics has always been a priority for me.

“Throughout these past four years, I know that I have worked incredibly hard to get to this point, and receiving my diploma will validate all the hard work I have put in.”

Funk, who grew up in the small community of New Hamburg, is the second member of her family to graduate from Brock, and swim for the Badgers.

Her older sister Elise graduated last year with a French degree and has since moved to Wales to attend teacher’s college.

“I didn’t choose to go to Brock because of my sister, but it definitely made my own experience better,” said Funk. “I was able to share her last competitive meet with her, which will always be one of my favourite memories from Brock.”

She has earned Academic All-Canadian honours every year at Brock and boasts a near-perfect attendance record at swim practice.

It was an easy choice for Badgers head coach Peter Bradstreet and members of the swim team to name her captain this season.

“Not because of her vocal skills, but since she always took initiative and led by example,” said Bradstreet. “Her volunteer roles follow that pattern as well. She focused on helping those less fortunate by finding a way to do something positive, and then got it done. She never publicized her volunteer efforts.”

Funk managed to find time to give back to the community while maintaining a high academic standing and swimming 20 hours per week at the Eleanor Misener Aquatic Centre. 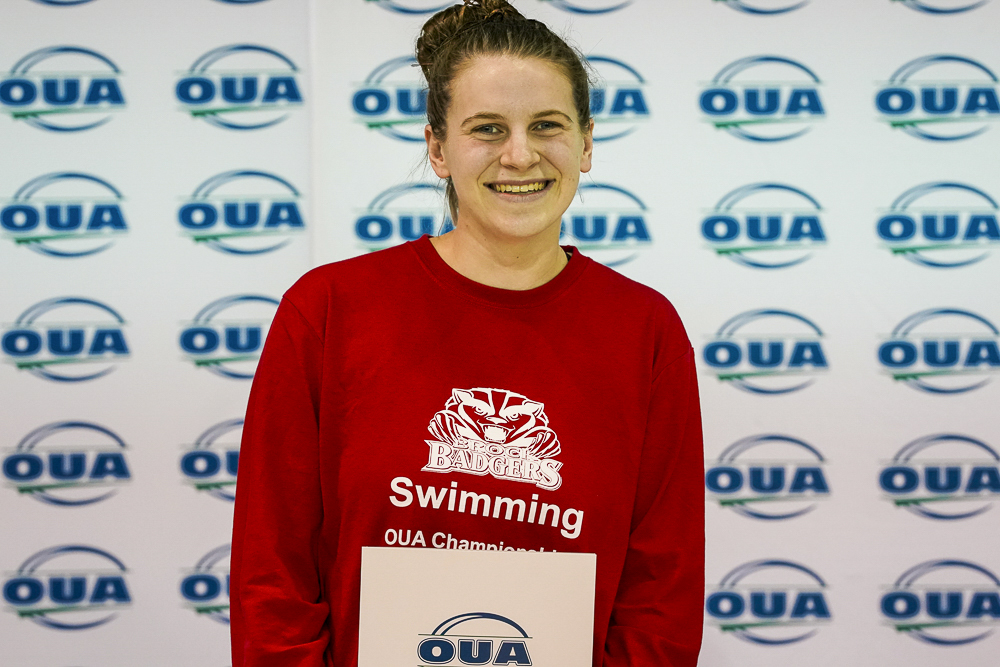 Celine Funk received numerous awards for her community service during her time at Brock.

Before COVID-19, she conducted friendly visitor home visits with dementia patients while volunteering with the Alzheimer Society of Niagara and volunteered as a mentor with Brock’s IMPACT program, in which varsity athletes are partnered with at-risk youth in Niagara as identified through the Niagara Regional Police or local school boards.

She helped with Brock’s Supporting Neurodiversity through Adaptive Programming (S.N.A.P) by leading programs for special needs children and young adults, and mentored youths.

She also combined her love of swimming with volunteering as a coach for a local Special Olympics swim group and routinely took part in annual charity events in Niagara, such as the Relay for Life and CIBC Run for the Cure.

“Being part of the team helped to give me the courage to branch out and try different experiences,” she said. “As the years have gone on, I have become increasingly more open to new opportunities and I am very grateful that being a part of varsity athletics has given me the courage to do so.”

During the Badgers virtual athletic banquet in March, she was bestowed the David S. Howes Spirit of Brock Award, presented annually to a student who best embodies the spirit of Maj.-Gen. Sir Isaac Brock: leadership, courage, innovation, inspiration and community service.

Next for Funk working on a master’s degree in Epidemiology and Biostatistics at Western University.

“I see her being a future leader in her field,” said Bradstreet. “She will be the quiet person who works away anonymously until, all of a sudden, they make a major breakthrough.”