Going home to help in a time of need 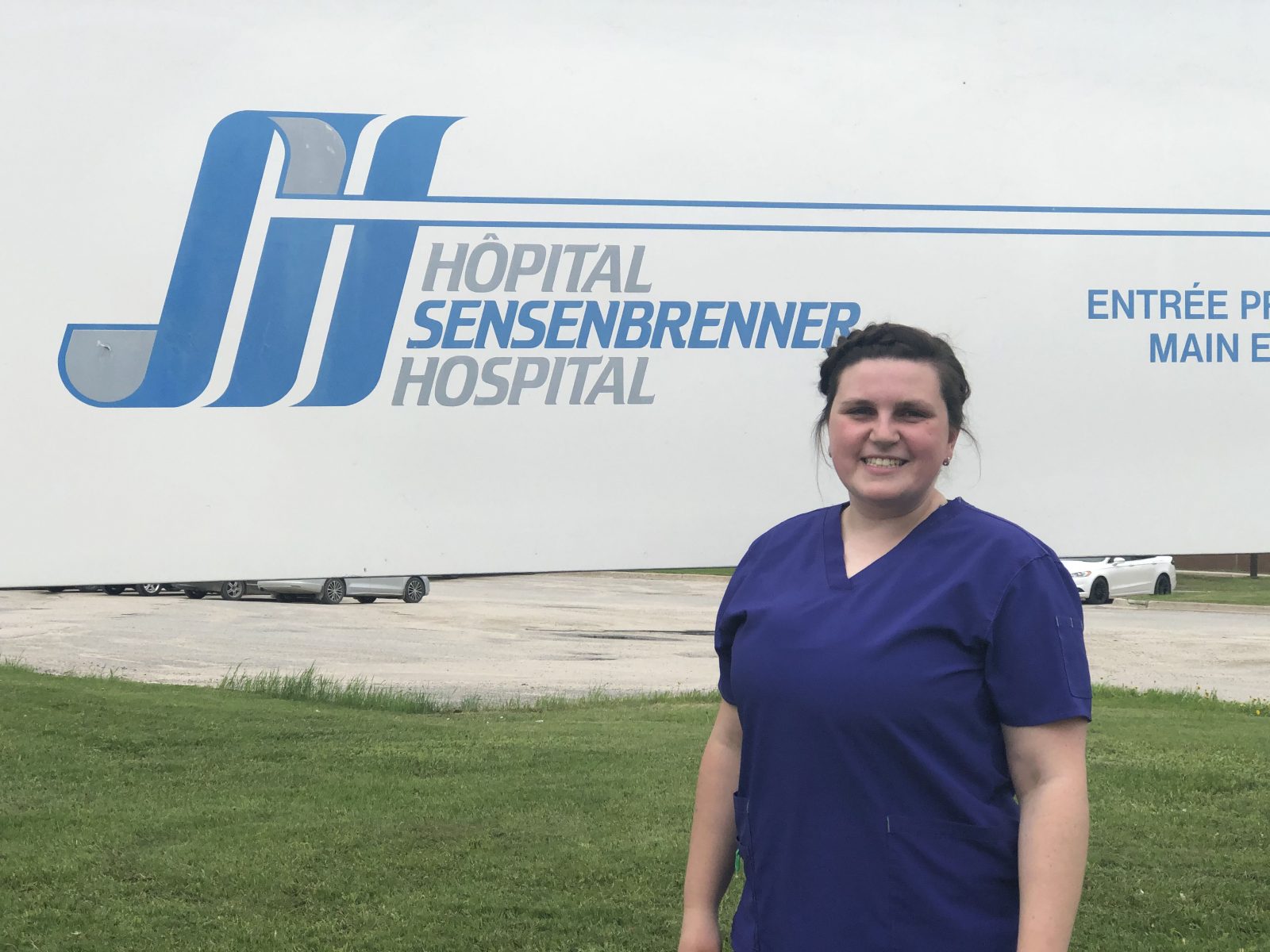 Jane Keating will be celebrating Virtual Convocation in her hometown of Kapuskasing Ont., where she is currently helping in the fight against the COVID-19 pandemic.

Scrambling to pack her things, Jane Keating needed to make decisions by the second as her undergraduate studies took an unexpected twist and she headed north.

In late March, after the University moved its classes online, the fourth-year Medical Sciences student decided to return home — but that meant an 11-hour drive to Kapuskasing, Ont.

With the endless kilometres behind her, it was not until she had safely reached her parents’ home that Keating could begin to think about what she had accomplished in her time at Brock as well as some of the things she hoped her degree and extra-curricular involvement would lead to next.

Tears flowed for the friends she would not say goodbye to in person, the house she had to pack up and the Convocation ceremony that would not be as she had pictured. Nervousness began to form about what might await her this fall.

“My sister had to cancel her wedding and others are not able to see their families, so I felt a bit spoiled to be crying over Convocation and worrying about whether I would be accepted to medical school this fall when there are much more tragic things going on in the world,” she said. “But it’s a period of my life I’ve been looking forward to for a long time.”

In spite of those emotional realizations, Keating knew she could offer immediate help in Kapuskasing.

Right away, she began to do her part in the community’s fight against the COVID-19 pandemic. As a soon-to-be Medical Sciences graduate and having successfully completed Brock’s Med Plus program, Keating, who previously worked as a personal support worker (PSW), was ready to help the community in any way she could.

“We are a small town, where everyone knows everyone, and there is a real sense that we are all working through this together,” she said.

Initially, this meant babysitting for frontline workers so they could work longer hours, while also preparing meals for her own parents who both work at the local hospital. After completing her classes online, Keating then joined her parents and other students who had returned home early at the hospital, where she took on a much-needed PSW role in the hospital before shifting to an outpatient role, where she visits patients in their homes.

“As a Medical Sciences student, I have spent a lot of time studying diseases from different perspectives (physiology, pathology, endocrinology), but working in a hospital and caring for patients puts together all the pieces,” she said.

In the role, Keating has learned to care for patients’ physical needs as well as to provide friendship at a time when family visits are limited.

“I help with a lot of bathing and other hygienic needs as well as serving meals,” she said. “But I also make time for the face-to-face interactions that people can’t have with their families right now. I recently had a 20-minute conversation about fishing, and I also chatted to a man about a haircut one of the nurses had given him, which he was quite excited about.”

Along with the invaluable experiences she has had at the hospital, developing skills in Brock’s extracurricular Med Plus program and completing a two-year I-EQUIP project have served to further prepare Keating for a career in health care,

Fortunately for Keating’s frayed nerves, clarity on that career arrived in the form of an email in late May when she was accepted to the Northern Ontario School of Medicine.

“I was in shock,” she said. “I never thought I would get in on my first try, but the staff in Med Plus have spent countless hours helping me build an application I felt confident with.”

Until she dawns her stethoscope in the fall, Keating will continue to work as a PSW and help her neighbours in Kapuskasing, where she ultimately hopes to practice when she finishes her medical degree.

But for now, a more pressing celebration is at hand.

Though Keating’s dream of crossing the Brock stage will have to wait until the class of 2020 can be celebrated safely in person, it will not stop her immediate family from gathering together around a bonfire to enjoy her success as they take in Virtual Convocation together in their northern home.

“I think Convocation is really amazing closure on the past four years,” she said. “My degree felt like it was never-ending, but it also passed by in the blink of an eye. Every time I think about it, I have an overwhelming sense of accomplishment because my time at Brock got me to where I am today. Some days it seemed impossible to get through everything and that the late nights would never end, but I got through it on the other side with some amazing friends who I get to celebrate with. We are all going on to bigger things and I feel like I’m not just celebrating my accomplishments, but theirs as well.”