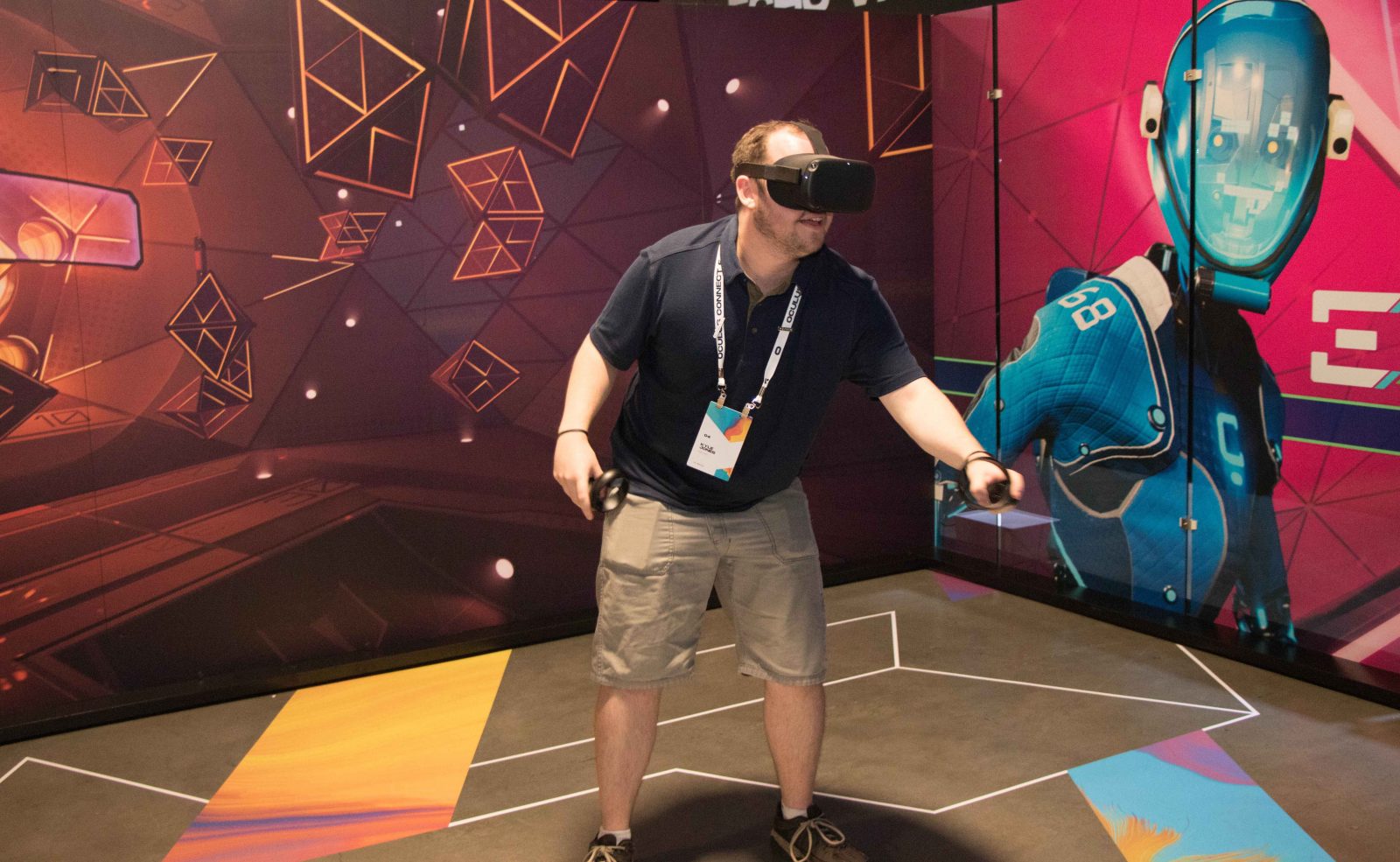 Kyle Jones was one of six GAME students invited to attend Oculus Connect in September 2019 on the strength of their Virtual Reality (VR) work. Jones is a part of the first class to graduate from the join Brock University-Niagara College game program.

Thirty-two students have graduated from the program with a Brock bachelor of arts in Game Design or bachelor of science in Game Programming and a Niagara College diploma in Game Development-Advanced.

“We share so much with both schools that it does really feel that we pulled seven years of school into four,” says Kyle Jones, who will be graduating with a bachelor of science in Game Programming.

The program has included a packed schedule of courses and projects at both institutions. Students worked in teams on two major capstone projects: one at Niagara College in year three and one at Brock in year four.

“These projects give so much hands-on experience that they are by far the most valuable portion of the course,” says Jones. His third-year team, Magehem, was invited to attend Oculus’ international conference OC6 in California on the strength of their virtual reality (VR) game.

“Personally, going to Oculus Connect was one of the most amazing things I’ve done, and I wouldn’t have had that opportunity to do it without the GAME program,” he says. 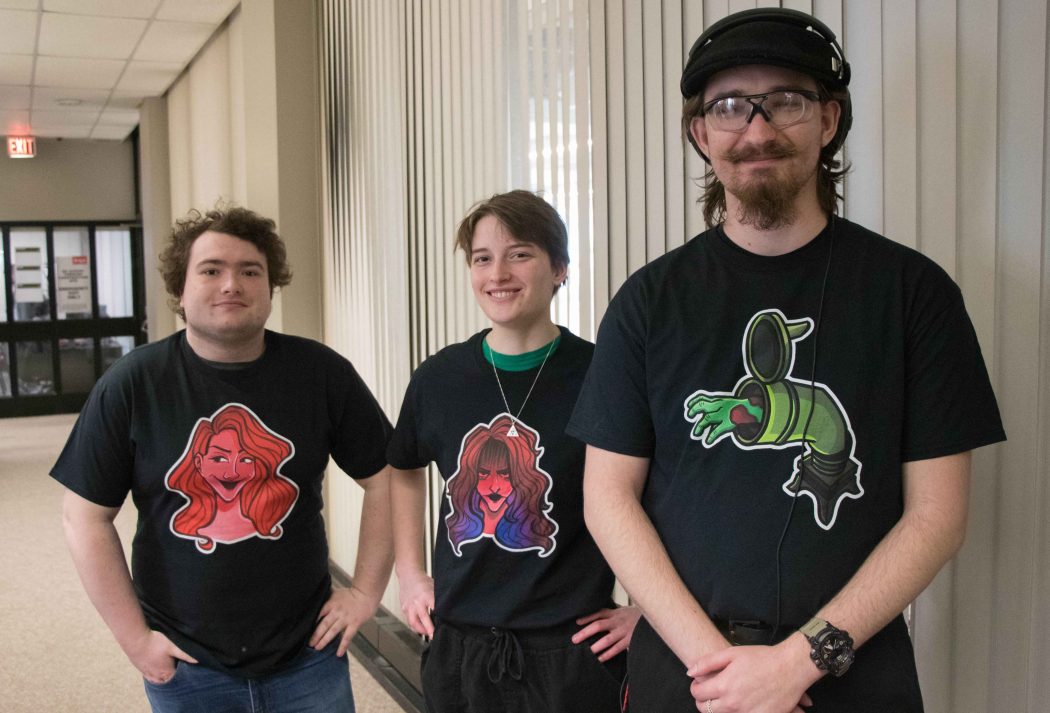 Agusia Krzywinksa (centre), was part of the Bad Manors team that won first place in best mobile/networking game at the 2019 Level Up Showcase in Toronto. Krzywinksa and teammates Matthew Newton and Martin Boote are part of the first cohort to graduate from the join Brock University-Niagara College Game program.

Agusia Krzywinska, who is graduating with a bachelor of science in Game Programming, was part of the award-winning Bad Manors team. That group of students won first place in best mobile/networking game and second place in best art at the 2019 provincial student showcase, Level Up, where they showed their game off to peers in the industry as well as representatives of UbiSoft, Game Loft, Microsoft, Uken, Zinga, AMD and Unity.

“It felt good to have my team win awards in Toronto for a game we spent eight months on, especially with the enjoyment of watching people play,” she says.

While the program is a lot of work, the students set a supportive, congenial atmosphere. Courses focus on group work and collaboration with multiple disciplines to prepare students for work in the game industry. Dedicated lab space for GAME students at Brock has helped foster friendships, says Jones.

“GAME as a program is very social,” says Jones. “There is a lot of team and group work, as no one person can realistically do everything on a team. This focus on team work completely flipped my social life, as I had to adapt to meeting and working with new people like never before.”

GAME Director and Professor with the Department of Computer Science Michael Winter says the program has been a huge success.

“Due to the specific nature of the program, such as tight course schedule and two locations, there have been challenges in organization and scheduling during the first few years,” says Winter. “The students provided a lot of constructive feedback and helped to get these problems settled quickly.”

The graduates are already making their mark in the games industry, says Jason Hawreliak, Director of the Centre for Digital Humanities.

“A number of students in this graduating class have already gone on to secure jobs in the games industry or started their own independent studios here in Niagara,” says Hawreliak. “This shows how our programs both benefit from, and contribute to, the interactive digital media industry in the region and beyond.”

Both Krzywinska and Jones plan to stay in the game industry, which generates more than $1.6 billion in revenue in Ontario alone. Jones is looking at opportunities with indie companies in Toronto and Niagara while working towards becoming a technical lead at a larger studio.

Kryzwinska has joined with fellow graduates Adam Henderson (BA ’20) and Matthew Newton (BA’ 20) to kick-start her dream of having her own game company.

“Adjective Noun Studios is here to give avid mobile games quality games with full gameplay experiences by using the skills that we were taught at Brock,” she says. “As the first cohort of the GAME program, it’s been an honour to be able to test drive the program and leave a mark with what we have accomplished,” says Krzywinska.