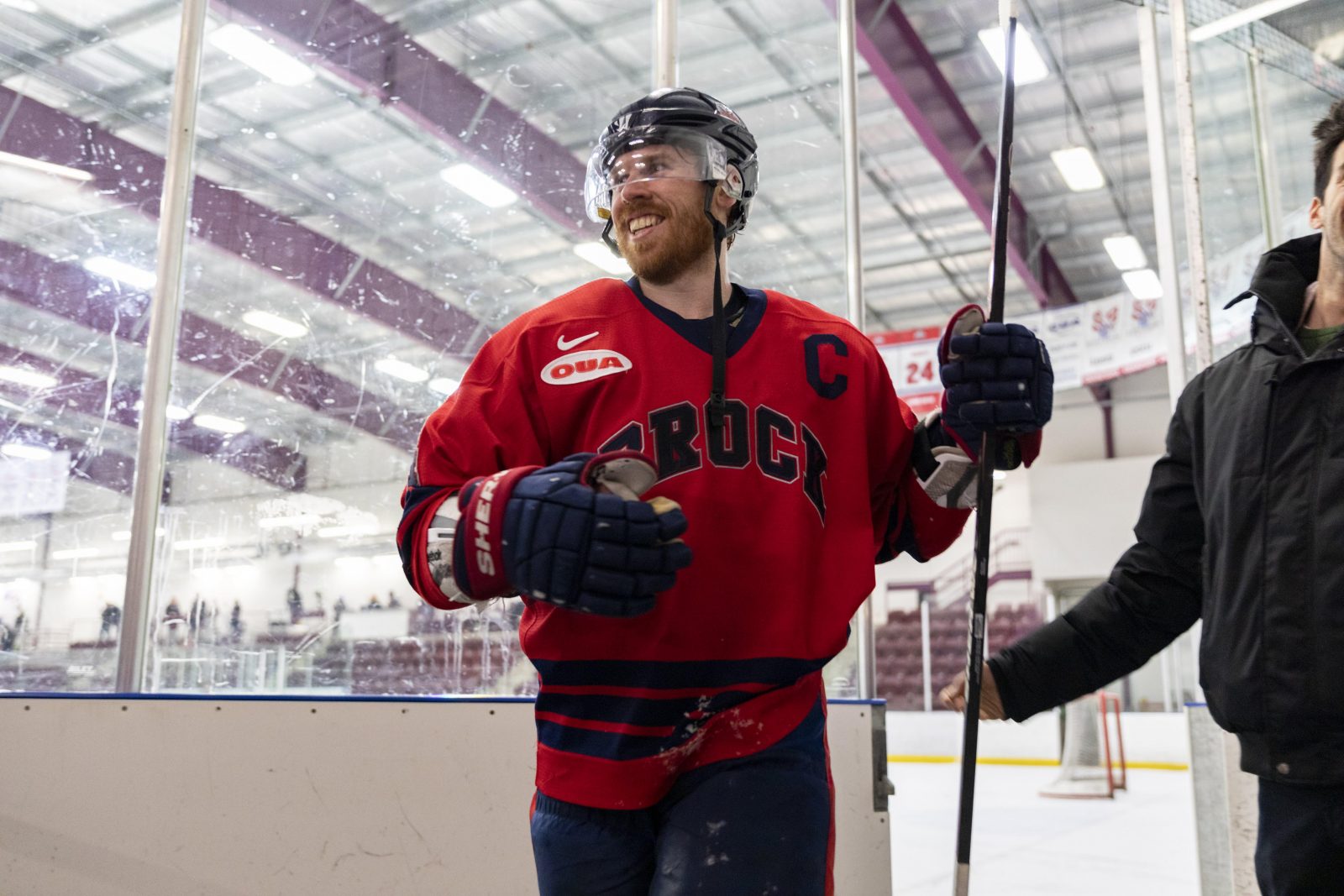 After two seasons of patrolling the blue line for Brock University’s men’s hockey team, Connor Walters signed a pro contract with the Toledo Walleye of the East Coast Hockey League on Monday, June 29.

“I am looking forward to competing at the pro level and working hard to see how far I can run with this,” said Walters, a 6-foot-2, 210-pound defenceman from Welland.

Following the Badgers’ 2019-20 season, Toledo head scout and fellow Welland native Ed Burkholder contacted Walters about joining the Walleye, who are affiliated with the National Hockey League’s Detroit Red Wings and the Grand Rapids Griffins of the American Hockey League.

“We communicated over the past few months and finally decided this was best for me,” said Walters. “I had the opportunity to play pro and I decided I was ready to take a chance at it.”

Walters joined Brock after five seasons in the Ontario Hockey League (OHL) with the Owen Sound Attack and Hamilton Bulldogs. He reunites with current Walleye goaltender Kaden Fulcher. The duo helped the Bulldogs win an OHL championship and competed for the Memorial Cup in 2018.

“Connor has won an OHL championship playing on the same team as Kaden Fulcher, so he knows what it takes to win when the pressure is on,” said Toledo Head Coach Dan Watson. “He is a steady, reliable defenceman who shows poise with the puck. We look forward to helping Connor continue his development.”

While studying Social Sciences at Brock, Walters earned an Ontario University Athletics all star and U SPORTS all-rookie team honours in his first year with the Badgers.

Marty Williamson, Head Coach of Brock’s men’s hockey team, said Walters is a “phenomenal team guy” which earned him the title of captain, and that he “couldn’t be happier” for his next chapter.

“A great thing about Connor is that he has continued to grow his game to allow him these opportunities,” said Williamson. “We will miss him.”

In two seasons, Walters scored three goals and 26 assists in 56 games. A total of 53 per cent of his helpers were first assists, and he also tallied three points during nine playoff games.

“What I will miss most are my teammates,” said Walters of leaving Brock. “We had a close-knit group and had a lot of fun playing together. I will also miss the Brock community and faculty.”