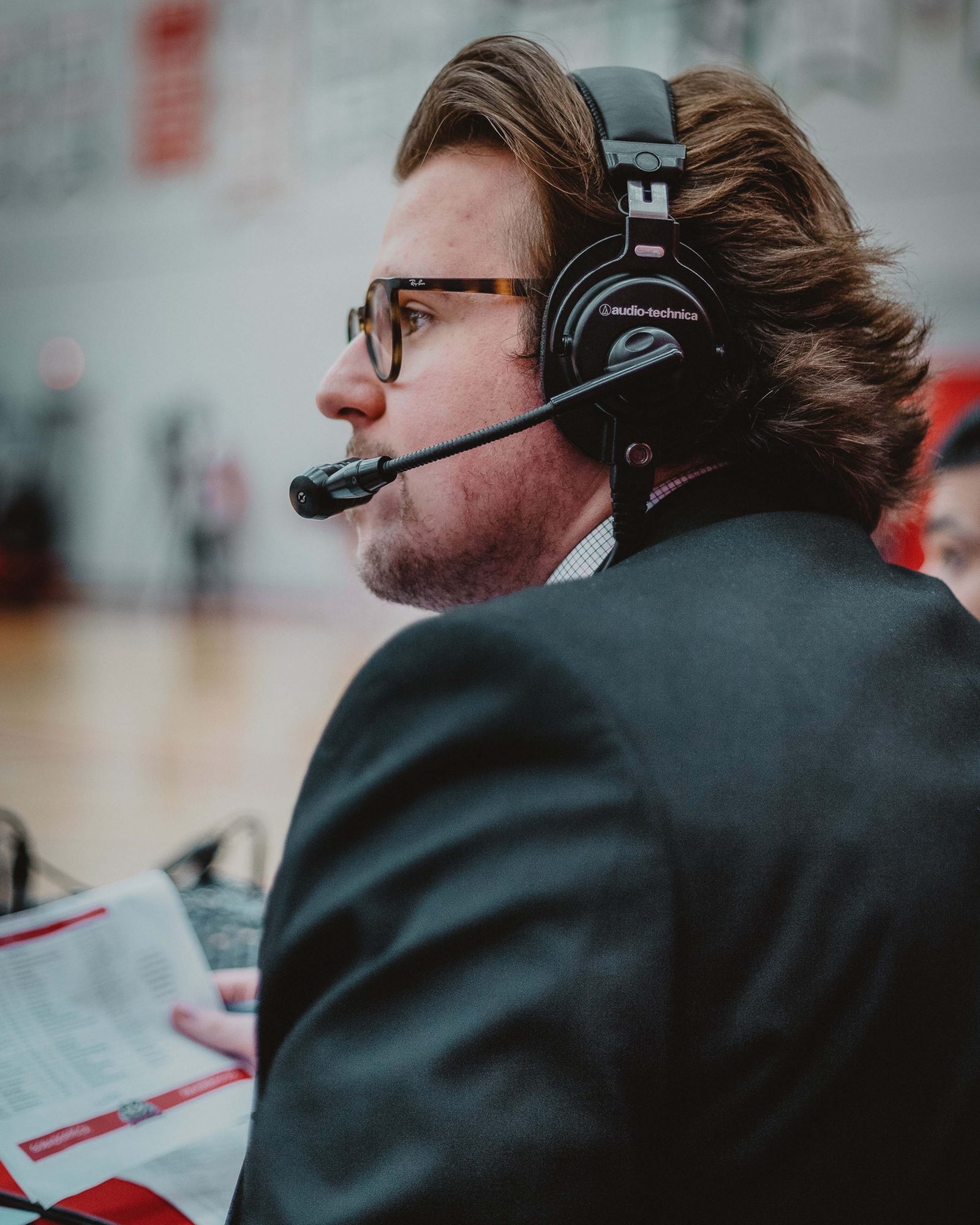 There is no burnt toast or soggy waffles in Matt Bonomi’s serving of all-day breakfast.

The BrockTV play-by-play commentator was awarded the inaugural Best Webcast Announcer during the Ontario University Athletics CHAMP Awards, held virtually on Thursday, May 28.

“Matt Bonomi dedicated this season to becoming one of the most exhilarating play-by-play commentators across the OUA,” the judging committee wrote. “His passion for the craft leads to the creation of an exciting atmosphere for all fans to get engaged and cheer from the comfort of their own homes.”

Bonomi, who graduated from Brock’s Sport Management program in 2018, coined the classic call “All-Day Breakfast!” during a women’s basketball game between Brock and Western a few seasons ago and it has become synonymous with celebrating Badgers athletic achievements. 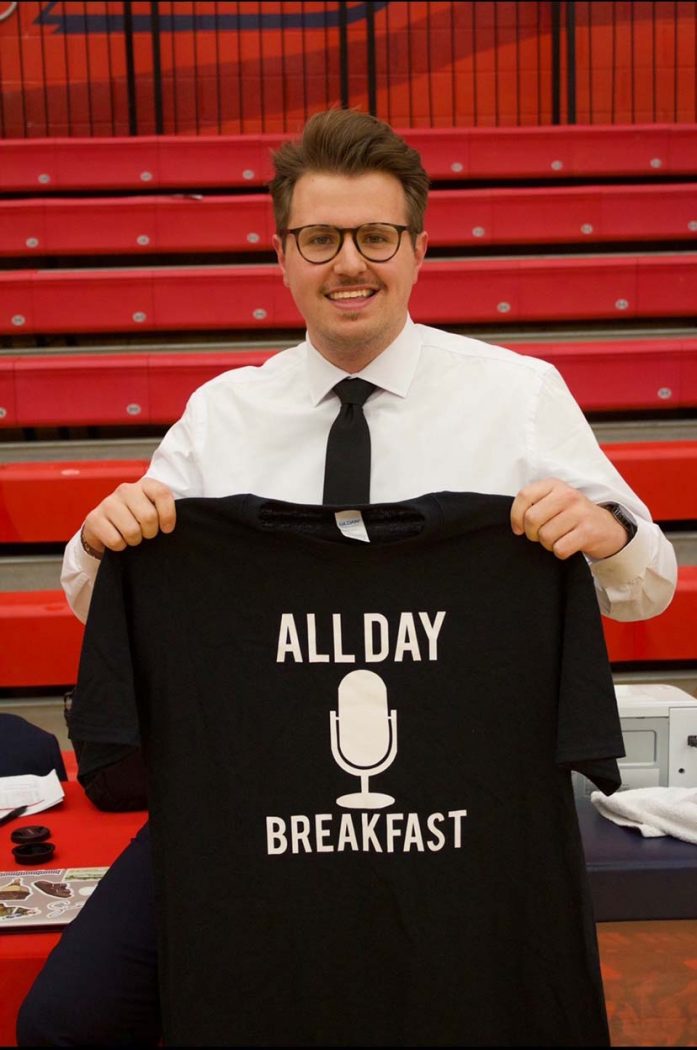 Matt Bonomi’s classic call was transformed into a T-shirt and caught on with Badger fans during the women’s basketball OUA playoffs.

Bonomi said it’s not uncommon to be on campus, or in downtown St. Catharines, and have a stranger shout the phrase to him.

In February, Bonomi’s infectious line carried extra weight during the Badgers women’s basketball team’s momentous fourth-quarter comeback against the Windsor Lancers to kick off their incredible playoff run. Badger fans could be seen at games sporting all-day breakfast signs, or using it on social media.

“I’ve had plenty of people ask me what the phrase really means,” said Bonomi. “To me, it’s simply the greatest thing in the world. As a university student, studying through the night, or going out late on weekends always provided one opportunity: the chance to eat all-day breakfast. When a Brock Badger nails a three-point shot at a crucial part of the game, to me, it’s as enjoyable as all-day breakfast.”

The award is a reflection of students thriving in Brock’s experiential learning opportunities, according to Associate Director of Brock Sports Emily Allan.

“Brock Sports and BrockTV are known around the OUA for having some of the best table staff, film crew and announcers, and this award shows it,” said Allan. “The students who work with us on game days are extremely dedicated, knowledgeable and professional. They put the time in to hone their craft, research our opponents and provide a top-notch webcast.”

Before joining Brock Sports, Allan worked closely with Bonomi in her role as an Experiential Education Co-ordinator in Sport Management. She isn’t surprised by Bonomi winning the award.

“Matt is an extremely dedicated professional. He has always been highly engaged and committed to furthering his career in sport management, and has done so very successfully,” said Allan. “He is a very positive, creative, innovative individual and you can see the wheels are always turning. He is someone any organization would want to hire.”

Bonomi, who grew up in St. Cartharines, grabbed every opportunity to get involved when he first started studying at Brock. He worked his way up from the stats table to eventually calling more than 130 games as a play-by-play commentator with BrockTV. Last year, he started working as a reporter with the Canadian Elite Basketball League.

Bonomi’s style of blending facts and humour while delivering a professional broadcast is inspired by Canadian sportscaster Dan Shulman, who commentates his two favourite sports: baseball and basketball.

Outside of the booth, Bonomi looks up to his dad, Mike. The two talk after every game about what went well and where he could improve.

“He’s my best friend, role model and my biggest fan. His advice to me before every game is simple: have fun,” said Bonomi. “He’s also where I get most of my ‘hilarious’ jokes, so you can blame him for those.”