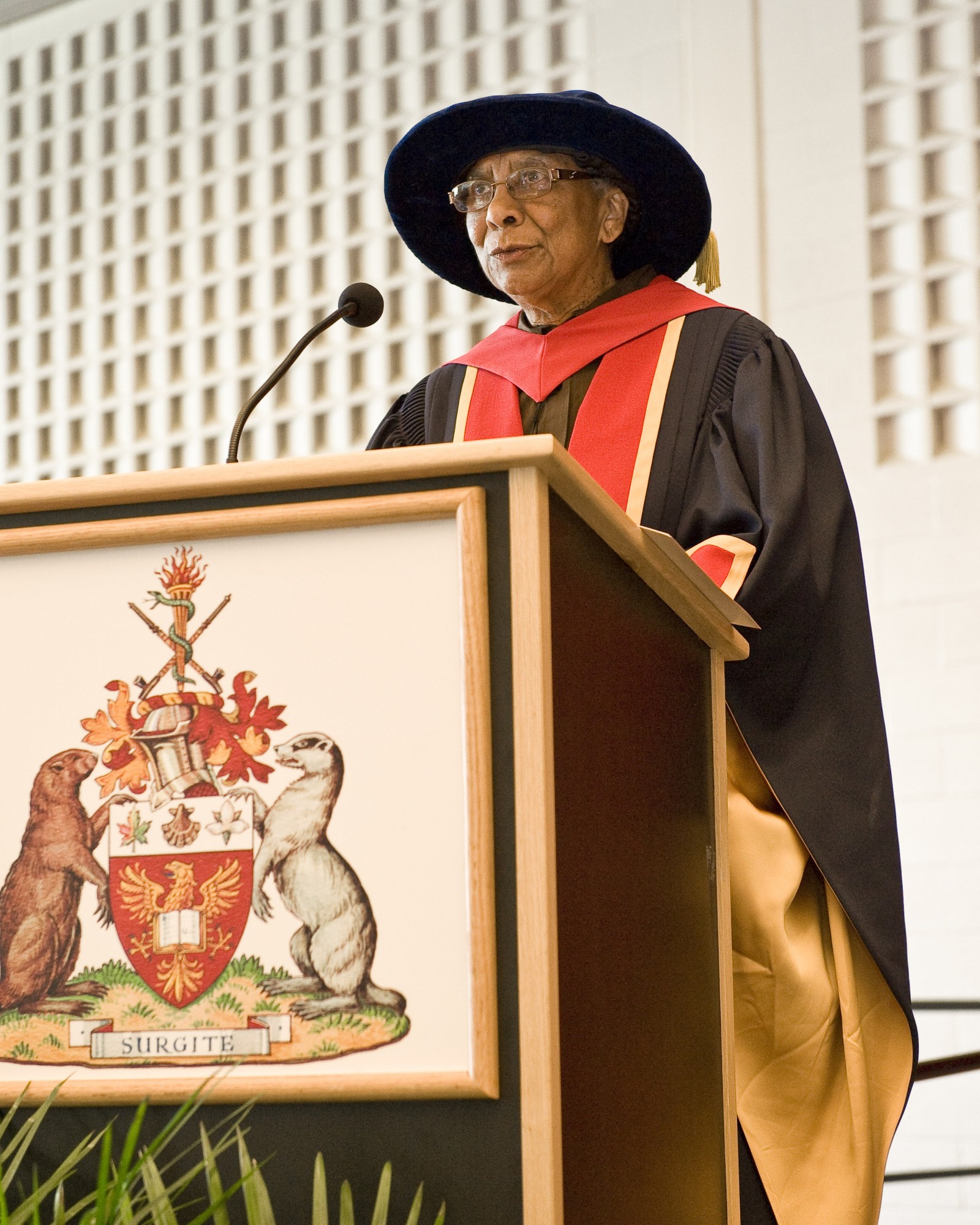 Local historian Wilma Morrison, who received an honorary degree from Brock University in 2010, passed away Thursday, April 23 at the age of 91.

Celebrated historian, curator, advocate, volunteer and educator of Black history in Niagara Wilma Morrison passed away Thursday, April 23 at the age of 91.

Morrison, who received an honorary degree from Brock University in 2010 for her efforts in promoting and preserving Black history and Niagara and Canada’s connections to the Underground Railroad, died of complications due to COVID-19.

“It is important that we learn about each other in a positive way so that we will not fear each other and our country will continue to grow and enrich the lives of all Canadians,” Morrison said during her memorable address to graduates nearly a decade ago.

In addition to her honorary doctorate, Morrison was also a recipient of the Order of Ontario, the Paul Harris Rotary Club Award, George Siebel Award for the Preservation of Black History in Niagara and the Ministry of Culture and Citizenship’s Outstanding Award for Volunteerism in Ontario.

“I am saddened by the passing of Dr. Wilma Morrison and give my condolences to her family and friends,” said Brock President Gervan Fearon. “Her efforts in promoting a broader knowledge and understanding of Black history, the Underground Railroad and the role of Black Canadians in the War of 1812 has contributed to our overall appreciation of the many contributions made to Canada by Black Canadians. She was instrumental in telling the Black Canadian story through film, presentations and lectures.”

In 1991, Morrison and a group of volunteers opened the Norval Johnston Heritage Library in Niagara Falls, brimming with books detailing the history of Black communities around the world. She worked as the custodian at the historic 1836 Niagara Falls Black Methodist Episcopal Church and was a leader in saving the iconic Nathanial Dett Memorial Chapel from demolition.

She founded the Niagara Black Historical Association and was a founding member of the Brock/Niagara African Renaissance Group.

One of Morrison’s annual projects included planning and promoting African Heritage Month events, as well as other community events, in which she often shared her ancestors’ stories.

Tamari Kitossa, Associate Professor in the Department of Sociology, had the honour of introducing Morrison at the convocation ceremony in which she received her honorary degree.

“Aunt Wilma was a quiet storm constantly pushing the ship of local history, especially Black Canadian history, into enriching the main channels of our collective understanding of Canada,” said Kitossa. “Her intelligence, wit and zest for life are gifts that push us onward.”

Rosemary Sadlier, who was President of the Ontario Black History Society from 1993 to 2015, remembers being a young girl and meeting Morrison, who was a fellow member of the British Methodist Episcopal Church of Canada.

She said there were often annual conferences and events for members of the church, where she got to know Morrison on a personal level while working alongside her on Black history initiatives.

In the mid-90s, both Morrison and Sadlier were chosen by the Canadian government to study the Underground Railroad and retrace one of its paths.

“Even though Wilma was one of the oldest ones on the trip, she kept up,” said Sadlier. “She was never without a comment or the ability to participate in any part. We saw part of our history together, starting in Windsor/Detroit, then going to Ohio and further south. She added to the enlightenment of the trip.”

The last time she saw Morrison was in May 2019 at the unveiling of a plaque at Fort George commemorating the history and significance of Black militia in fighting for freedom in the War of 1812.

Sadlier, who was the proponent of the initiative, asked Morrison to help unveil the plaque.

She describes the magnitude of her passing as “losing a human library.”

“When someone with lots of experience and knowledge passes away, we lose access to the knowledge they have,” said Sadlier. “When you have someone like Wilma who was able to speak her own truth and tell her own story, not as an academic but as a living experience, it helps generate the stories of other people. That is what is valuable, and that is what we’re missing.”