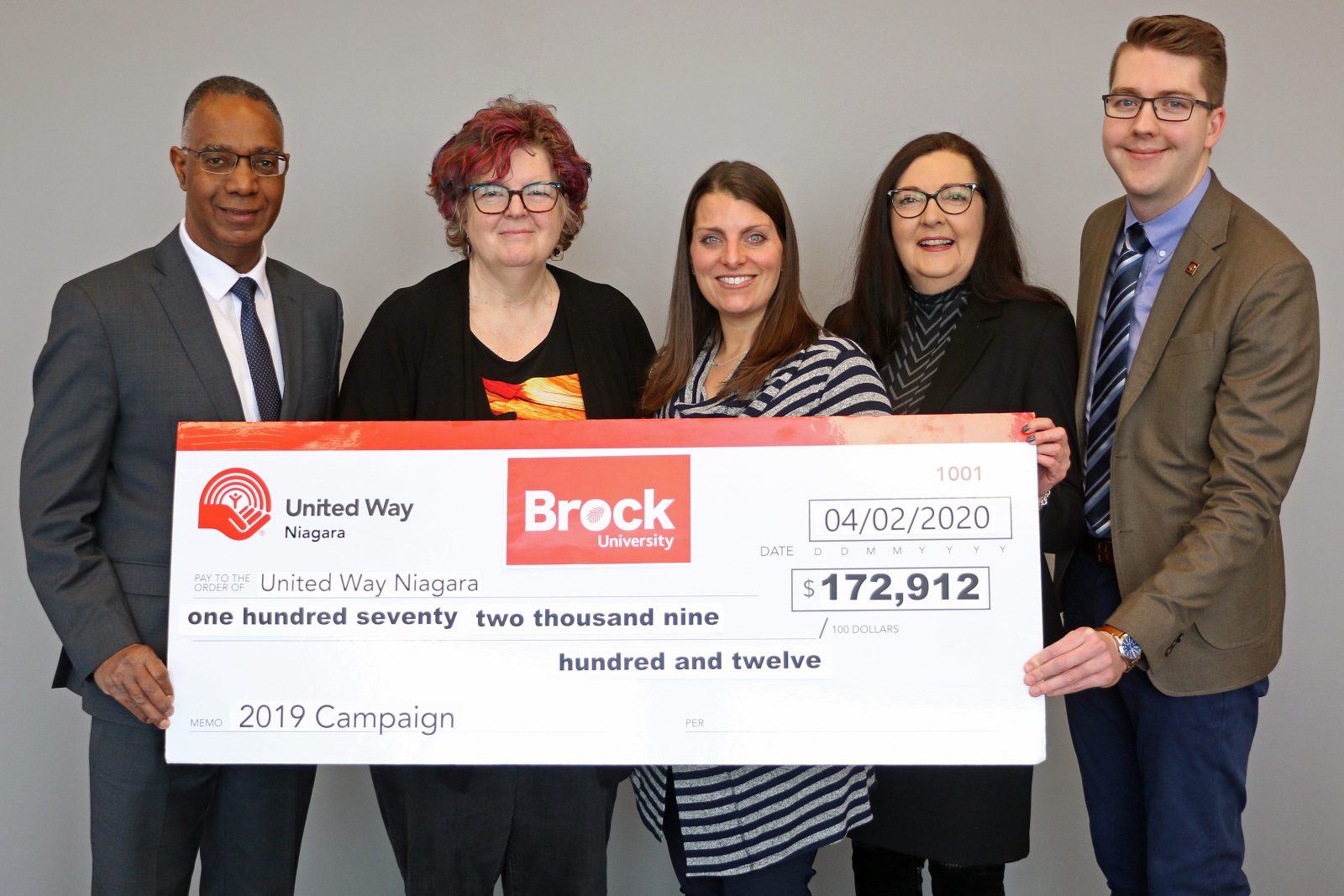 After months of campaigning, Brock University has surpassed its fundraising goal for United Way.

“It feels amazing that we’ve hit this goal as a campus community,” said Howe, United Way Committee Co-Chair and Associate Director, Experiential Education. “As Brock employees, we are privileged in many ways, so it’s important for us to do what we can to support others who may be struggling or disadvantaged.”

As one of United Way Niagara’s largest workplace campaigns, Brock’s donation will count towards the charity’s $5.2 million goal for the Niagara community. Funds support more than 110 local service programs that meet basic human needs and move people out of poverty, encourage children and youth to reach their full potential, and enhance the quality of life for adults in crisis or living with disabilities. 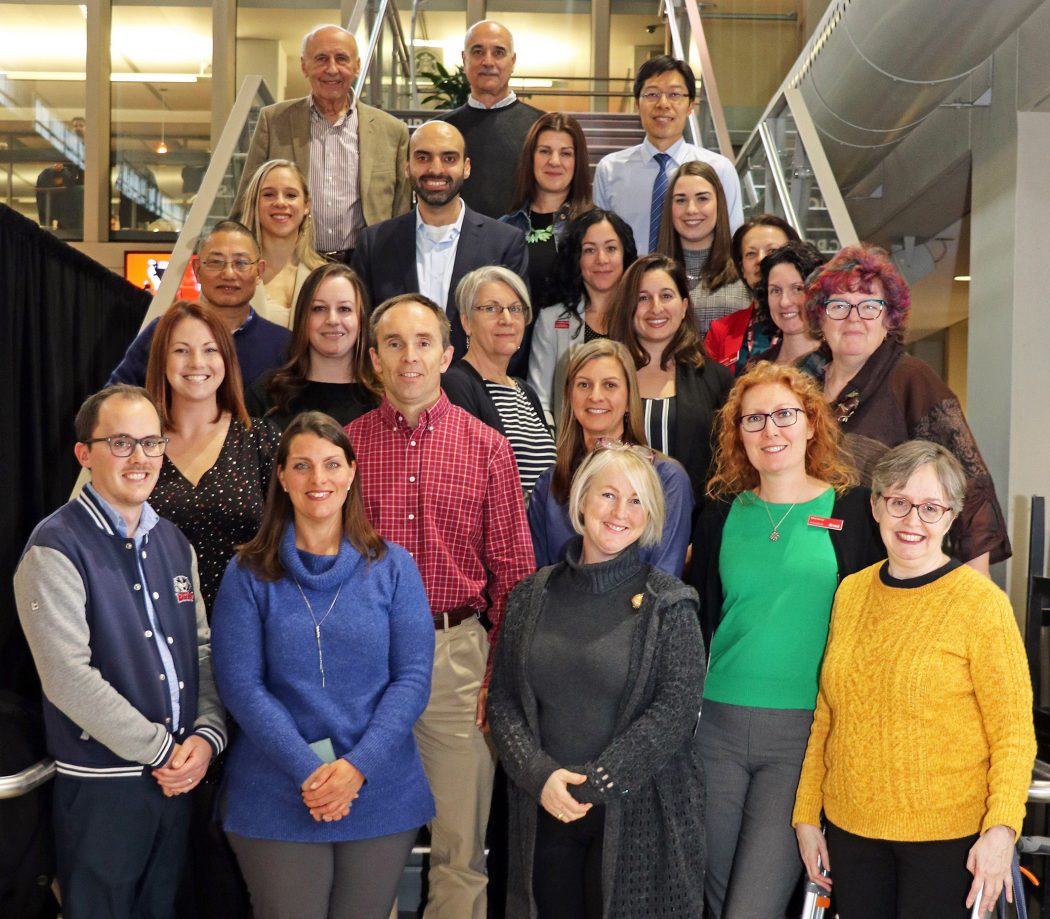 Some of the many Brock employees who volunteered with the University’s 2019 United Way fundraising campaign as committee members or canvassers.

Howe said the $170,000 goal was achieved thanks to a team of dedicated employee volunteers who were committed to increasing personal interactions. Initiatives included targeted department and team presentations, an expanded social media presence through employee donor testimonials and a revamped canvasser program.

“Getting out there and talking with people to face-to-face is where we had the most impact,” said Howe. “Building a personal relationship and answering individual questions helped colleagues understand all that United Way accomplishes and how they can be a part of it.”

Lynn McCleary, who is also a professor in Brock’s Department of Nursing, feels the personal connection is also why the campaign received more than 50 new gifts from first-time donors and employees who haven’t donated in several years. What’s more, the average donation increased by two per cent to $665.

“Adding 19 new canvassers increased our ability to reach employees and share the positive impact United Way programs have on our local community,” she said. “I’m proud of our team and everyone who volunteered with or donated to the campaign.”

For President Fearon, surpassing the fundraising goal was much more than reaching a certain dollar figure or a line on a thermometer.

“These are the numbers that motivate all the individuals who gave the time, talent and treasures to support the most vulnerable people in Niagara who will receive the needed support and assistance,” said Fearon of the donation. “The success of our United Way efforts demonstrates Brock’s culture and commitment to the building of strong and vibrant communities across the region.”