BUFS continues this week with Frankie 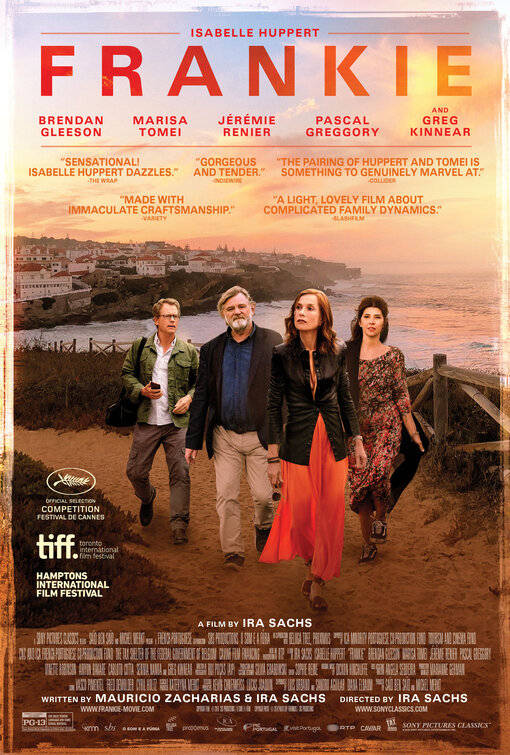 This Thursday, Jan. 23 at BUFS, escape to Portugal for the intergenerational family drama, Frankie.

Frankie (Isabelle Huppert), a matriarch and movie star facing the end of her life, assembles her loved ones for what will likely be the last time in Sintra, Portugal. She invites her son Paul, her stepdaughter Sylvia with her husband and daughter, her current husband and her ex. She also brings her friend Ilene (Marisa Tomei) in the hopes that she might hit it off with Paul, but she isn’t expecting Ilene to bring her lover (Greg Kinnear), or for him to propose, leaving Frankie’s final scheme hanging in the balance.

“The scenes that Sachs creates among Huppert, Tomei (who also featured in Sachs’s Love Is Strange), and Kinnear (a standout in Little Men) show the writer-director at his best, striking a balance between melancholy and wit,” says David Sims in The Atlantic. “Huppert can communicate Frankie’s imperiousness in her sleep, but she excels at capturing the loss of control felt by a woman who, after blazing an impressive trail through life, is struggling to come to terms with the impotence of death.”