Community asked for input on search for new University Chancellor 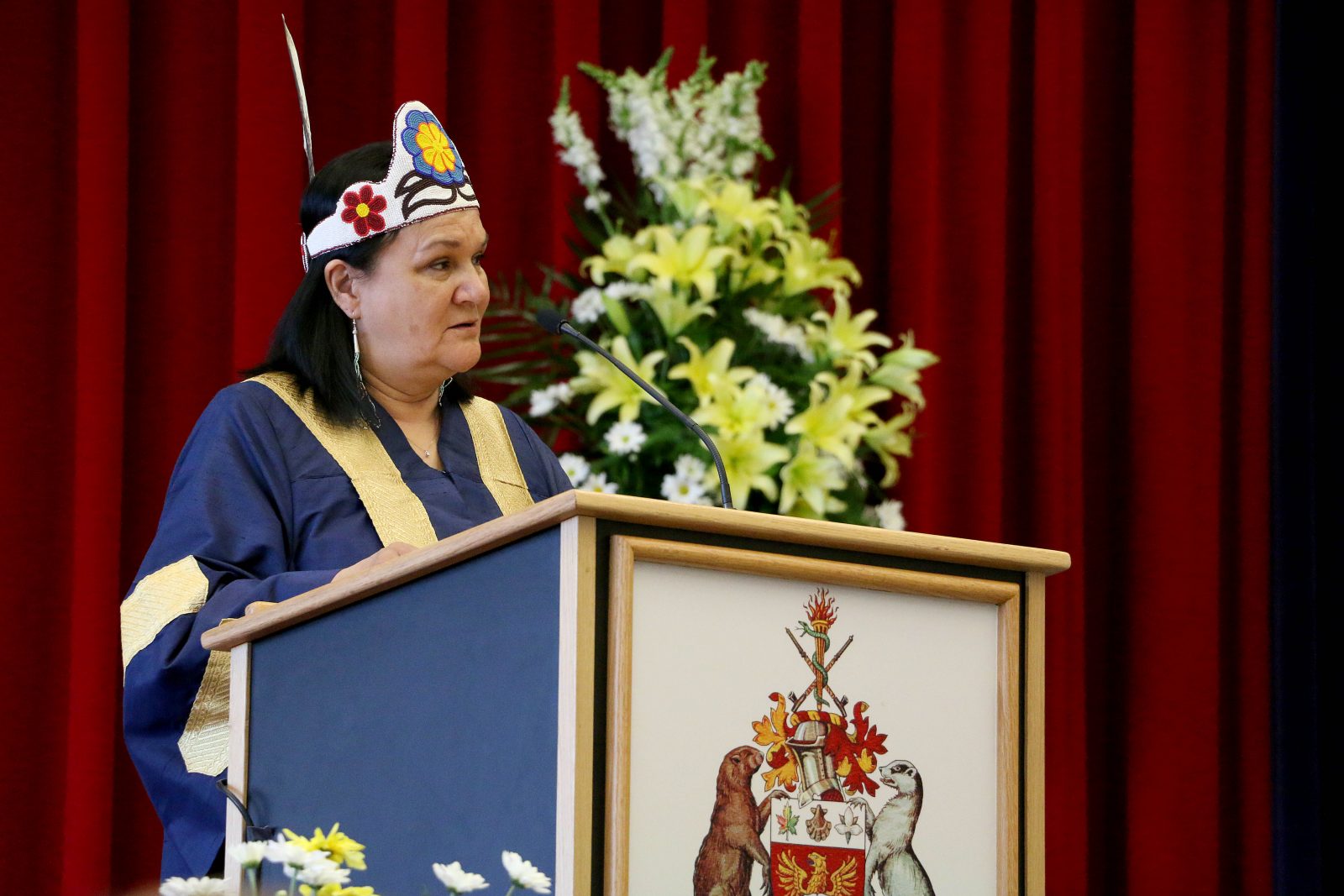 The Brock community is invited to submit nominations for the University’s next Chancellor by Jan. 20, 2020.

“The Chancellor plays a significant role at the University as honorary leader of the institution,” Cyr said. “Brock is looking for a candidate that is passionate about post-secondary education and the important role it plays in the lives of students.”

Brock University President Gervan Fearon said Cheechoo embraced the role that her passion for post-secondary education was on full display at each of the many convocation ceremonies over which she presided.

“Chancellor Shirley Cheechoo has played a significant role in Brock University advancing its efforts in engaging with Indigenous communities and supporting the educational and professional goals of Indigenous students,” Fearon said. “Today, we have a Vice-Provost, Indigenous Engagement and growing partnership with Indigenous organizations. Each of these accomplishments can be directly linked to the passion and focus Chancellor Cheechoo brought to Brock.”

Nominations can be submitted, in confidence, by all Brock faculty, staff or students, and by members of the surrounding Niagara community using the downloadable nomination form. Nominees may submit multiple nominations.

The Advisory Committee has developed a profile identifying the required attributes for the role upon which nominations should be based. That profile can be found below.

As a considerable number of nominations are expected and to maintain the confidentiality of the process, nominators are asked not to contact the individual they wish to nominate.

Nominations can be submitted using the the downloadable form to the Office of the University Secretariat at universitysecretary@brocku.ca. The same email address can be used for questions about the process.

The Chancellor is the titular head of Brock University and as such, is the embodiment of the ideals and aspirations of the University. Their personal stature, accomplishments and record of contributions to the public good shall be such so as to enhance the reputation and support the strategic priorities and values of Brock. In addition, the Chancellor will possess the high profile required to promote the interests of the University locally, nationally and beyond and to interact effectively with government, the business community and the public at large. The Chancellor shall also engage with and act as a role model for a substantial part of the student body.

The Chancellor presides over all convocations and is an ex officio member of the Board of Trustees and Senate. As an active leader dedicated to moving the University forward, the Chancellor will have a commitment to advancing student welfare, higher education and University research, and to working toward the improvement of the infrastructure and resource base of the University.

This role will require energy, commitment and time in order to provide guidance and counsel to the University community. The Chancellor will possess the communication skills and leadership qualities necessary to engage and inspire both the internal and external stakeholders on behalf of Brock University.